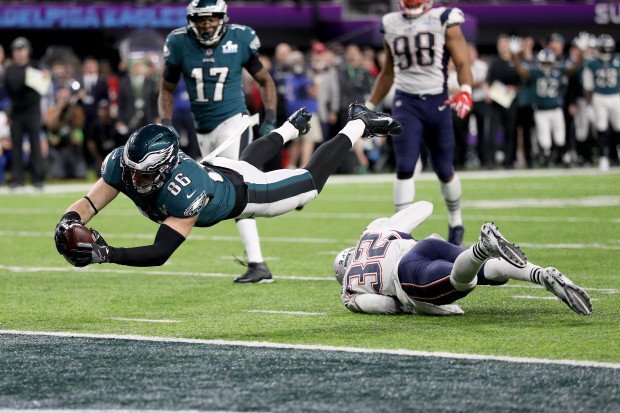 A lot has changed in the Fantasy landscape since our early look at Week 1. So to help you along, we’ve revisited our selections for the first week of the season. The huge pool tournaments are a gamble, where you need to differentiate your team from the others. In that format, you can make a case for pretty much any player. Therefore, we are going to focus on some guys that you can rely on for cash games, who can also be cornerstones of your tournament picks.

Quarterback has a number of options this week, and actually this week, I’ve selected the rest of my team and then circled back to the quarterback position.

Kyler Murray ($5,600) is an obvious selection against the Detroit Lions, but the Lions were relatively successful last season against mobile quarterbacks, which could limit the opportunity for Murray to really achieve value this week.

Jacoby Brissett ($4,400) is too a selection that will be popular, as his early-season pricing was as the backup for the team. However, a matchup against the Los Angeles Chargers may be difficult for the team to overcome. Given his price though, he would allow you to spend up at other positions.

The position this week is full of mid-tier options, with some of the top players at the position requiring huge performances to return on the investment. Ezekiel Elliott ($9,200) and Saquon Barkley ($9,000) both would require multiple touchdowns in their matchup for example.

The Jacksonville Jaguars know the blueprint that they need to follow to win games. Play effective defense and run out the clock. That means that Leonard Fournette ($6,100) could be in for a big game, especially considering that the Kansas City Chiefs struggled to defend the position last season.

Minnesota Vikings running back Dalvin Cook ($6,000) is another great option, with receiver Stefon Diggs missing time in practice. The Atlanta Falcons struggled on defense last season, but with the backfield lacking competition, combined with the ability of Cook in the passing game means he could be a great option for owners.

The Seattle Seahawks lead running back Chris Carson ($5,700) is a must-start this week. The Cincinnati Bengals are not an effective offense, and the Seahawks are committed to the running game being effective. The shear opportunity means that Carson is likely to return on investment, even if he gives up some touches to Rashaad Penny ($4,900)

This week more than any other has some fantastic value picks at the position. Baltimore Ravens lead running back Mark Ingram ($5,100) is the first option in the backfield, on a team that is heavily favored to win the matchup by a healthy margin.

San Francisco 49ers made headlines when they announced that Matt Breida ($4,000) would likely lead the team’s backfield against the Tampa Bay Buccaneers. With the game likely to be a high scoring affair there is great opportunity for a running back to have value in the matchup.

In the NFC East divisional game between the Philadelphia Eagles and Washington Redskins, Eagles running back Miles Sanders ($3,900) is a must-start. The Eagles are heavily favorited at home, and even if the team operate a committee backfield Sanders should easily have the opportunity to have value, with great upside.

Spending down on running back allows you to spend out at wide receiver. This week has some great options at the top of the position, while also having some solid mid-range values.

Players to Spend Up On

Cleveland Browns star receiver Odell Beckham Jr. ($8,100) is one of the best receivers in the game when he is on the field. There are some concerns around the lack of time he has had with quarterback Baker Mayfield but the talent is just too good to ignore. The Tennessee Titans were an effective defense against running backs last season, but vulnerable in the air, and there is no reason why that should change.

My favorite option is Minnesota Vikings receiver Adam Thielen ($6,800) who should be the team’s lead option running out of the slot. Regardless of if fellow receiver Diggs is on the field, the opportunity for the slot receiver against the Falcons is too good to pass up.

The Cincinnati Bengals star receiver A.J. Green is out for the opening weeks of the season, giving plenty of opportunity for Tyler Boyd ($5,800) to be the lead receiver. The Bengals are likely going to need to pass the ball against the Seattle Seahawks, meaning Boyd should be inline for a number of targets.

Jacksonville Jaguars wide receiver Dede Westbrook ($4,800) is a great value, due to the fact he seems to be the only talented receiver on his team at the moment. Quarterback Nick Foles is an obvious upgrade over Blake Bortles, and therefore the quality of the targets should be better than in previous season also.

There is one player that I’ve looked at to truly unlock my roster options- Washington Redskins receiver Trey Quinn ($3,400). Quinn looks to be one of the only fit receivers on the team at the moment. Quarterback Case Keenum has historically targetted his slot receiver throughout his career, and Quinn is currently in that position. The Redskins are likely to be behind in this game, increasing the number of potential pass attempts for the offense.

From the elite three options at the position, the only one I believe would return value would be Philadelphia Eagles tight end Zach Ertz ($6,100). Last season, the Redksins were one of the better units against the position. However, the safeties that were responsible for those performances have left, giving opportunity for one of Carson Wentz‘s favored red-zone weapons to shine.

New York Giants tight end Evan Engram ($4,800) has the potential for a great game against the Dallas Cowboys. The Giants are likely to be behind the Cowboys, and even with the impressive defense, Engram should have opportunity to impress. The tight end and running back Barkley are the only two effective offensive pieces, with Golden Tate suspended to start the season.

Los Angeles Chargers tight end Hunter Henry ($3,900) has great touchdown upside against the Indianapolis Colts. Star running back Melvin Gordon is now set to miss the opening matchup, giving opportunity for Henry to impress in the red-zone as he did previously in the offense.

My favored option here is the Baltimore Ravens, they are priced at $3,800 which is the most expensive of all of the options. However, the Ravens unit is one of the better ones in the league. Combined with Miami Dolphins being one of the least effective rosters in the league, this is a great option. While I wouldn’t normally recommend spending big on DST- with the value picks available throughout the slate, you can afford to this week.

If you have to spend down to make room for other players Cleveland Browns are a good option. The Tennessee Titans are without their star left tackle Taylor Lewan, giving the talented front four of the Browns plenty of chacnes to get after the quarterback. Given the ineffectiveness of the quarterback for the Titans the Browns are likely to impose their will throughout the game.

That’s the end of selections for Week 1- agree? disagree? Get in touch and let us know. Until next time!