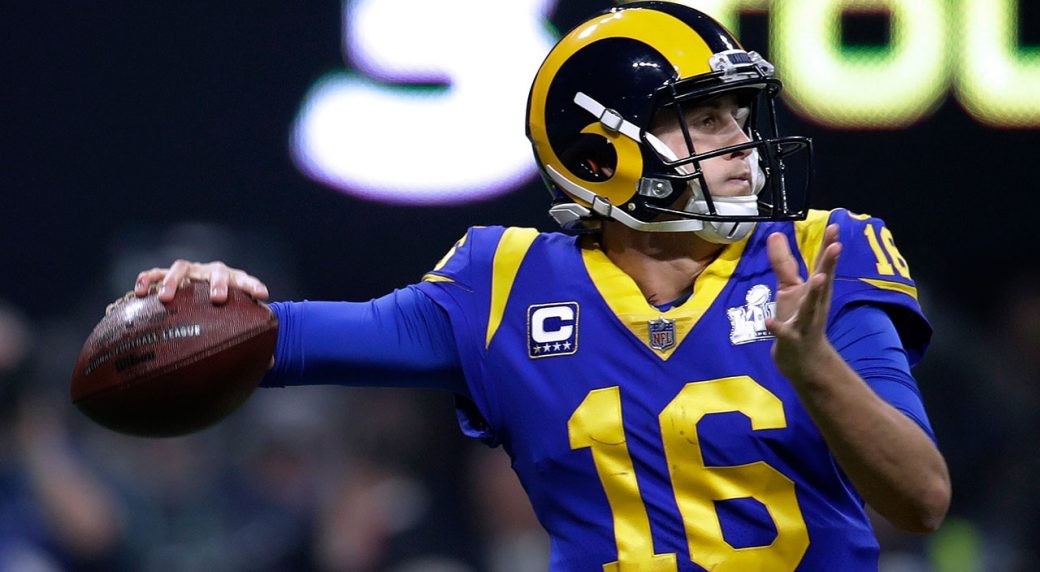 Well, that was an eventful week! Tyreek Hill set to miss a few weeks with injury meaning Sammy Watkins was able to light up the field. With one week in the books we move onto week 2, and our selections of some players that you need to consider including in your DraftKings lineups this week.

Jared Goff ($5,900) has a great matchup at home against the New Orleans Saints. Goff didn’t make too much of an impact in his opening game against the Carolina Panthers, finishing with just 186 passing yards as well as a single touchdown and interception. The Saints won their match against the Houston Texans, but they allowed DeShaun Watson to pass for 268 yards, three touchdowns (as well as an interception). Goff should have plenty of opportunity with his passing options to rack up good production.

Josh Allen ($5,300) is a great option if you are short on budget for the position. Allen led the Buffalo Bills to a narrow victory against the New York Jets, but wasn’t able to shine in that performance. The matchup against the other team in New York, however, should allow the young quarterback the opportunity to shine. Dak Prescott was able to run riot on the Giants last week. The Bills have a familiar combination of a running game and mobile quarterback, as the Dallas Cowboys do. There is no reason why Allen can’t have a productive game too.

Los Angeles Chargers running back Melvin Gordon looks to be extending his hold out this season, meaning there is plenty of value at the position. Until DraftKings make a large change to their salaries both Austin Ekeler ($6,100) and Justin Jackson ($4,400) should be considered for your lineups.

The Chargers split the carries heavily towards Ekeler in their matchup against the Indianapolis Colts, but it remains to be seen if the running back will be able to be as heavily involved in matchups going forward. Certainly, his ability in the passing game gives him good value.

The Green Bay Packers weren’t able to impose themselves on the Chicago Bears in the opening game of the season, but Aaron Jones ($5,400) is a great option this week. The new Packers offense runs best off of play action, and Jones is the lead back the team would turn to.

My last selection is one of those that could really help win you money this week, primarily because it saves a lot of cash for you elsewhere. Houston Texans running back Carlos Hyde ($3,600). Hyde was traded to the Texans very late in the offseason but had more rushing attempts than Duke Johnson. The Jacksonville Jaguars do have a good defense, but they did also just gave up over 100 rushing yards to the Kansas City Chiefs running back duo of Damien Williams and LeSean McCoy.

Players to Spend Up On

At the top of the position, the one name that stands out is Kansas City Chiefs Sammy Watkins ($7,200). I’m not expecting him to reach the highs he did in the opening matchup, where he had 198 yards and three touchdowns, but as the primary receiver in the Chiefs offense, he has great value.

The Cincinnati Bengals star receiver A.J. Green is out for the opening weeks of the season, giving plenty of opportunity for Tyler Boyd ($6,500) to be the lead receiver. The San Fransisco 49ers do have Richard Sherman, but he doesn’t shadow receivers. The Bengals should have Boyd lined up on the other side of the field and give Sherman the task of keeping up with John Ross.

Another mid-tier option is Los Angeles Chargers wide receiver Mike Williams ($5,500). Williams struggled to get going in the opening matchup against the Colts, but with tight end Hunter Henry suffering an injury, he has more opportunity for the matchup against the Detroit Lions.

The tight end position is one that you can definitely spend down on this week. My favorite tight end selections are both cheaper options, but present plenty of ability to score well.

Oakland Raiders Darren Waller ($3,300) is one of the better receiving options on the team and finished the matchup against the Denver Broncos with seven receptions for 70 yards. Waller should continue to get plenty of targets, with the Raider yet to add any other receiving talent.

The other option is Washington Redskins Vernon Davis ($3,200). The tight end looks set to be the starting tight end with Jordan Reed set to miss more time with a concussion. Davis finished his first game with 59 yards and a touchdown and will continue to be a key part of the Redskins offense.

The obvious selection is the New England Patriots ($3,700). The Miami Dolphins really struggled against the Baltimore Ravens in the opening matchup. The Dolphins have been a bogey team for the Patriots in recent years, but with the lack of talent on the roster, the Patriots should dominate.

The Houston Texans ($2,800) are a decent selection, given that the Jacksonville Jaguars are set to start a rookie quarterback. The Texans are likely to stack the box and force the rookie to deal with the pressure of their pass rush.

Another cheap option are the Denver Broncos ($2,700), the Chicago Bears stalled in the opening matchup at home against the Packers. Now they face a trip to Denver where their previous Defensive Co-Ordinator Vic Fangio is waiting. With the familiarity of the offense, Fangio could stifle the ability of the Bears in the matchup.

That’s the end of selections for Week 2- agree? disagree? Get in touch and let us know. Until next time!