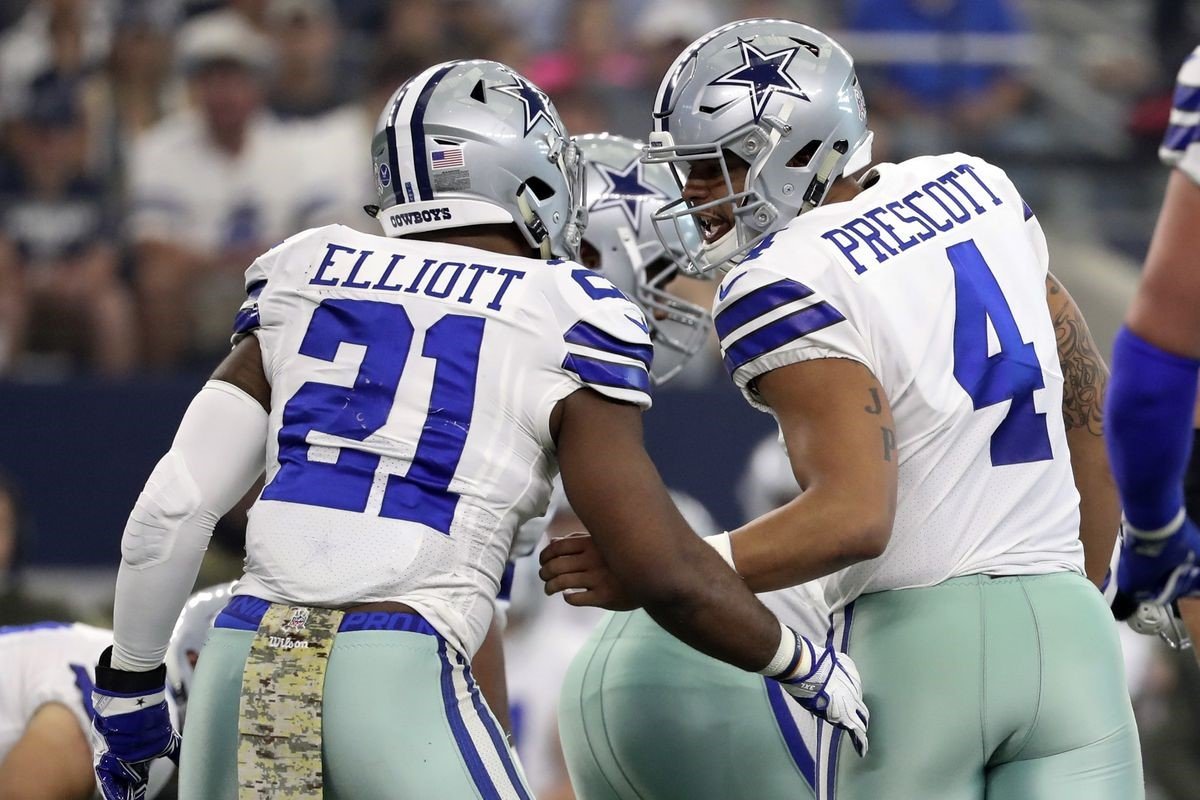 Hopefully you guys are improving your bankrolls and enjoying the season so far. When I was looking through DraftKings to make my Week 3 selections, I found the strategy to success. Target whoever the Miami Dolphins are going to play.

Dak Prescott ($6,500) might not have faced a top defense yet but let’s not kid ourselves here- the Dallas Cowboys are firing on offense. New offensive co-ordinator Kellen Moore knows how to keep the chains moving, and how to get the best out of his quarterback. Prescott in two games has managed to complete 51 of 62 passes for 674 yards and seven touchdowns. This week he faces the Miami Dolphins who are even worse on defense since Minkah Fitzpatrick was traded to the Pittsburgh Steelers!

Jameis Winston ($5,400) is one of the most frustrating fantasy quarterbacks in the league. However, this weeks matchup against the New York Giants should be one he can excel in. The Giants have allowed the third-most DraftKings points to the position, and the Tampa Bay Buccanneers will need to score to win the game. While I wouldn’t recommend him in cash games, he could be a great GPP play.

Ezekiel Elliott ($8,900) is one of those guys who I think has to be in your lineup this week. The Dallas Cowboys might have found their passing game, but as his new contract suggests- this offense runs through Elliott. The Dolphins are massive underdogs for the game, which will favor the running back, and in giving up an average of nearly 4.5 yards per carry- pay up and save elsewhere.

Dalvin Cook ($7,800) is a big part of what the Minnesota Vikings are trying to get done this season on offense. Cook recorded a massive week 1 performance, and in a matchup against the Oakland Raiders, that should continue. The Raiders have been effective at stopping the run so far this season, but the sheer workload means he can be relied upon. Cook currently is the rushing leader in the NFL, and as the home favorite should add to that total.

Frank Gore ($4,400) is a great guy to have in your lineup this week. The price point is fantastic and allows you to spend up on Elliott and/or Cook. The Buffalo Bills don’t have running back Devin Singletary in the mix, due to injury, meaning Gore will be given the reigns of the backfield. The Cincinnati Bengals have given up over 80 points to the position so far this season, and that’s unlikely to change in this matchup. Death, taxes, and Frank Gore as a starting running back.

Keenan Allen ($7,000) is my favorite wide receiver options for this week. Last week with Mike Williams not fully fit, and Hunter Henry out of the lineup, Allen had 15 targets. Allen was held to 98 yards, but that is due to the ability of Darius Slay– which won’t happen this week. Allen is likely to attract a similar volume of targets, but with less effective coverage the sky is the limit for the receiver.

Christian Kirk ($5,000) might have disappointed players in Week 1, but the targets he is being given cannot be ignored. The Carolina Panthers allowed Chris Godwin to rip them apart from the slot last week (cathing eight receptions for 121 yards and a touchdown) and that’s where Kirk is likely to line up. The Arizona Cardinals have one of the fastest-paced offenses in the league, meaning plenty of passing attempts.

Nelson Agholor ($3,600) came into last weeks matchup and dominated from the outset. Agholor finished the game with eight receptions for 107 yards and a touchdown. Currently, the Philadelphia Eagles look like they are going to be missing their top two receivers with Alshon Jeffrey and DeSean Jackson looking like they’ll miss the game. If they miss the game, this selection is a cheat-code.

Zach Ertz ($5,700) offers a great value at the position. As mentioned above the Eagles are without their top two receivers, meaning there are plenty of targets up for grabs. The Detroit Lions have been effective against the position so far this season, but that’s misleading. The Lions are yet to face a true pass-catching tight end. Ertz has an opportunity to get double-digit targets, forcing him into consideration for lineups.

Greg Olsen ($3,700) is a cheaper tight end option if you have spent up elsewhere. However, you need to monitor his injury situation going into Sunday. The Cardinals have been ruined by pass-catching tight ends so far this season. They have allowed 17 receptions for 273 yards and three touchdowns in the opening two weeks, meaning the veteran has a great chance to make an impact.

New England Patriots ($3,800) offer a second week of consideration, after their shutout of the Miami Dolphins, they face the New York Jets. The Jets are now using their third-string quarterback- that’s not a good thing to do when traveling to Gillette Stadium.

Dallas Cowboys ($4,300) have shown themselves to be an effective unit so far this season, and as mentioned in several places above- they face the Miami Dolphins this week. If you have the cash to spend, then they are one of the better options to go for.

That’s the end of selections for Week 3. I would say next week we will be featuring more Los Angeles Chargers in our selections, but stranger things have happened. Best of luck this week!