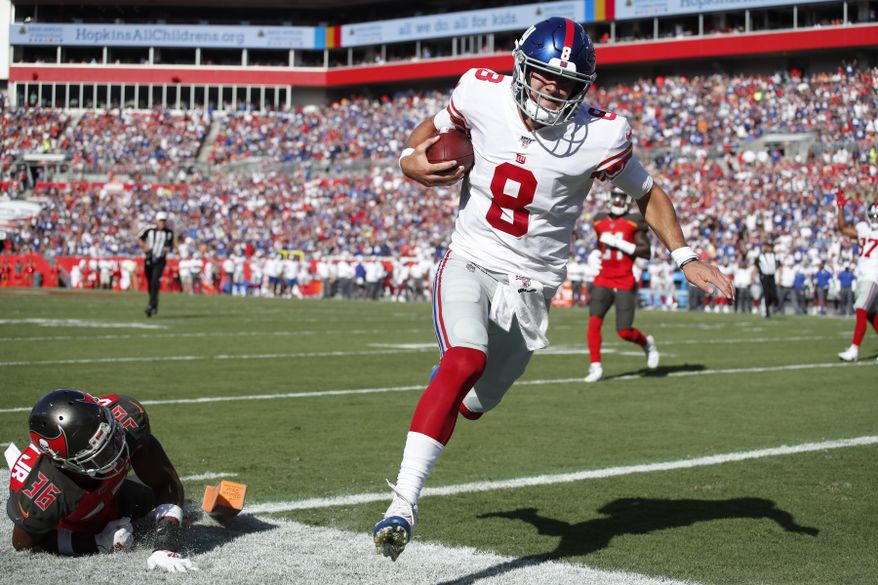 Hello again. Here we are looking at Week 4 selections for DraftKings lineups. Hope you are enjoying the weekly picks, and it’s helping you make some money! DFS is really completely different from redraft leagues. There’s more freedom. You don’t feel like you have to play one of the guys you selected in the first or second round, just because you invested in them. If you don’t like the matchup for any given week, don’t select them.

Originally I thought I would have alot of Los Angeles Chargers players this week, with their matchup against the Miami Dolphins. However, it seems like DraftKings have found out that formula and increased everyone’s price. Fortunately, there are some other great games to pivot to.

Russell Wilson ($6,100) has a great opportunity in a divisional matchup against the Arizona Cardinals this week. Seattle might be committed to running the ball, but they’ve shown in the past if they need to unleash Wilson they will. Let’s not forget that Patrick Peterson is still not available for this matchup, and without him, this secondary unit is one of the worst in the league. Wilson could bomb in this game if the running game is able to get up and going- if not the sky is the limit in this matchup.

Daniel Jones ($5,300) stepped into his opening game and immediately took to the NFL. Generally, I like to avoid spending big at quarterback and save my money to spend elsewhere. This selection allows just that. But in addition, the matchup against the Washington Redskins offers another opportunity to score big. The Redskins are one of the worst teams in defending the quarterback, allowing multiple passing touchdowns to be scored. With the New York Giants missing Saquon Barkley, the Giants are likely to give the ball to Jones early and often.

James Conner ($6,500) has a great matchup this week in a divisional game against the Cincinnati Bengals. The Bengals are one of the worst units against running backs in the league, giving up 36.2 points on average to the position. At the cost, Conner is a great value in a game the Pittsburgh Steelers should dominate from the off.

Kerryon Johnson ($5,400) has finally been given the reigns to the backfield in Detroit. I liked Johnson in season-long leagues, but with the departure of C.J. Anderson, I’ve increased my ranking of him. He has been entrusted with all of the touches from the backfield and has no real competition on the roster. The sheer volume of touches means he has to be considered at least for your lineup. With a matchup against the Kansas City Chiefs who have been vulnerable to running backs this season, its a no-brainer.

Chris Thompson ($4,500) is probably a player that wouldn’t expect to see here. All I’ve seen from this game is New York Giants running back Wayne Gallman is the guy to own. I don’t really buy that though. Gallman isn’t an elite talent like Saquon Barkley, and it’s more likely the Giants pass the ball than rely on Gallman. Thompson has been highly involved in the Washington Redskins passing offense, and I expect they will pass often in this matchup.

Keenan Allen ($7,600) is one player I really hope you had in your lineup last week. Allen is on fire at the moment for the Los Angeles Chargers, who are expected to be without receiver Mike Williams. All of the hype around the Chargers has been the return of running back Melvin Gordon, but don’t let that distract you from staying in Allen‘s flames.

Tyler Lockett ($6,300) is an obvious choice, given that I had earlier selected Lockett‘s quarterback Russell Wilson in a Patrick Peterson-less Arizona Cardinals secondary unit. With Lockett being targetted 26 times in the past two weeks, he is the clear option for the Seahawks if they need to pass the ball.

Paul Richardson Jr. ($3,700) gives a cheaper option at wide receiver. The Washington Redskins are not a popular team to back, given the limitations they have on offense. But at $3,700 he allows you to spend up elsewhere. The matchup against the New York Giants, who give a league-high 56.4 points per game to the position is a great one to target. Richardson had an impressive matchup against the Chicago Bears and should continue to impress in this matchup.

Evan Engram ($5,700) is a tight end in name, but the sheer volume of targets he gets- he should be considered a receiver. Engram has had 30 targets since the start of the season, and with Daniel Jones‘ seeming like the can move the chains he is a great option this week.

Will Dissly ($3,600) is another selection for the Seattle Seahawks. I understand if you decide to avoid this selection for that reason, but hear me out. The Arizona Cardinals give up the most points to the tight end position, with an eye-watering 31.3 points per game. Dissly is a touchdown machine for the Seahawks and should be a lock in your lineup (albeit with a high ownership percentage this week)

Los Angeles Chargers ($3,800) is an obvious consideration, with a matchup against the Miami Dolphins. The Chargers should be able to impose themselves against the Dolphins, but there are some slightly cheaper options if you can’t squeeze them in your lineup this week.

New England Patriots ($3,700) typically struggle on defense at the start of the season, but with a favorable schedule to start the season, they are a top fantasy unit this season. Josh Allen is a good fantasy quarterback, but he is prone to turnovers. The Patriots typically find a way to limit the opportunities for quarterbacks and are likely to force Allen into some bad decisions in the pocket.

Baltimore Ravens ($3,200) are a final option for you, but they are a dangerous selection- given the talent, the Cleveland Browns have on offense. While the team has struggled to get things moving, they could turn it on at any point. The Ravens have some great defensive pieces, and with the offense performing well, could put pressure on Cleveland to chase the game.

That’s the end of selections for Week 4. Best of luck this week!