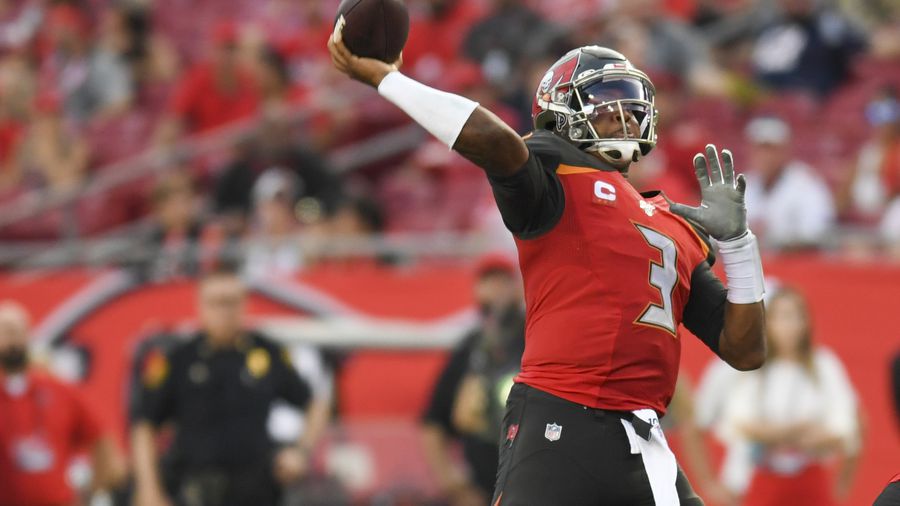 DraftKings selections for Week 5 can only mean one thing. We are now through a quarter of the season! Can you believe it!? I hope your team is 4-0 or 3-1 and you are starting to plan for the obvious domination of your league. Oh, and of course getting those wins from DraftKings. If you are struggling in your regular leagues, then focusing on DFS might be a good release for you.

Jameis Winston ($6,200) has really bounced back from his opening week disaster against the San Fransisco 49ers and now looks to be the first-round talent the Tampa Bay Buccanneers hoped he would be. The New Orleans Saints may have just shut down Dak Prescott who started the season with a string of strong performances. However, the Saints have still allowed the third-most points to the position. Winston is likely to need to throw the ball for a majority of the game, and with the receiving options, he has he could impress this week.

Chase Daniel ($4,800) is my favorite value play because he is one of the cheapest starting quarterbacks in a great matchup against the Oakland Raiders. Another reason is that I’ll be at the game in London this weekend, and it always makes it more interesting to have an interest in a player’s performance.

This week I’m really spending up at the running back position. There are just too many great options this week. Find a way to get them in your lineup and you are well on your way to winning some money this week.

Ezekiel Elliott ($8,300) is one of the first players in my lineups this week. Elliott signed his new contract and really has put in the performances to back up the money spent on him. Clearly, the offense runs through the running back and in a matchup against the Green Bay Packers who have struggled to stop rushing plays, it’s too good to pass up.

David Johnson ($7,500) is another expensive option, but again the matchup just makes it too good to pass up. The Cincinnati Bengals are just not able to stop running backs this season and have given up over 18 points to the position on average. Johnson might not have broken 100 rushing yards this season, but this is the game that changes. Arizona Cardinals have fully involved him in the passing game though, giving him a great floor.

Allen Robinson ($5,600) is a cheap option this week but has a great matchup against the Oakland Raiders in London. The Chicago Bears should be in control of the game from the outset, which should allow them the freedom to scheme Robinson open. A cheap stack with Chase Daniel at quarterback is a great spine for your lineup.

Jamison Crowder ($4,300) is the New York Jets receiver that I ultimately landed on. I had previously considered Robby Anderson with the news that Sam Darnold was training. However, now he has been ruled out against the Philadelphia Eagles I’ve opted for a slot receiver who has been heavily involved in the offense.

Auden Tate ($3,500) will likely be one of the now popular plays this week. The Cincinnati Bengals maybe aren’t a great offense, but equally, the Arizona Cardinals secondary isn’t all that great. The team is without John Ross now, after he was placed on IR. Simply someone has to catch the ball and Tate is the next man up.

Tyler Eifert ($3,300) has to be in your lineup this week. The tight end position has some uncertainty with it this week with Evan Engram likely to share targets with Golden Tate fresh from his return from suspension. The Arizona Cardinals are not an effective unit at all on defense, especially at the tight end.

New England Patriots ($4,300) are my defense this week and have been for the past few weeks. The Patriots have really been getting after opposition offenses this season, and will likely do the same this week. The Washington Redskins are a team looking lost on offense, and currently, look like they will be putting Colt McCoy out on the field to start. The price might stop them from being in all my lineups, but I’m going to try and get them in as much as possible.

Best of luck for the week, and I’ll be back next week!