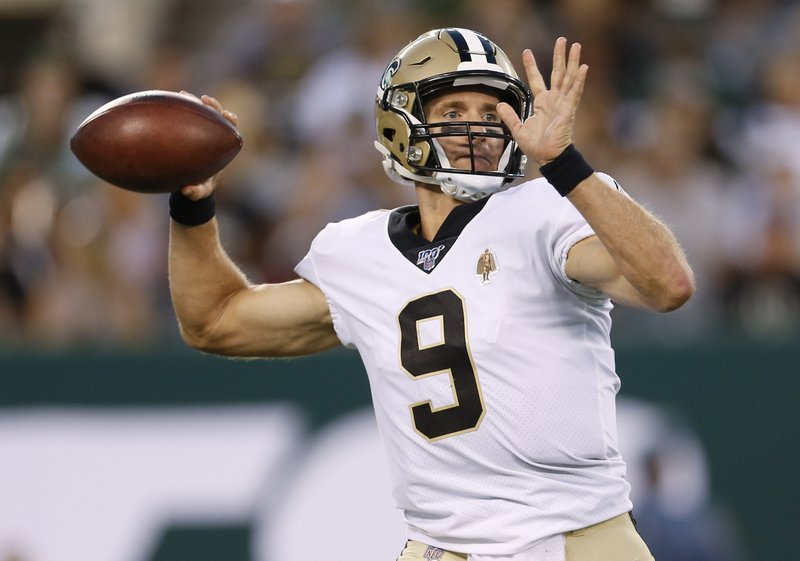 Another week of action in the books means one thing- time for our DraftKings selections for Week 11! This week still has a number of teams that are on their bye week, and some injuries to key starters, there are some selections that you won’t have thought about too much. But, that allows for some great value.

Drew Brees ($6,900) will likely be one of the most owned quarterbacks on the slate, as one of the best players at the position matches up against Tampa Bay. Tampa have struggled all season, giving up an average of 26.3 points to the position this season. New Orleans will be looking to make a statement after struggling against Atlanta last week- Brees will be in for a big game as a result.

Kyle Allen ($5,300) is the other quarterback I’ve put into my lineups if I need to save salary. Allen has impressed for Carolina since taking the reigns of the offense- averaging 228 yards and 1.4 touchdowns a game. With the team facing Atlanta at home, a team that has struggled on defense all season, this is a great option for players this week.

Ezekiel Elliott ($9,000) is one of the most expensive players on the slate this week, but you get what you pay for. Elliott is a big part of what Dallas does on offense, becoming a valuable passing option for the team. Facing up against Detroit who have struggled against running backs with an average of 32.0 points given up to the position- expect Elliott to have a big game this week.

Josh Jacobs ($6,900) has been a regular feature in this article for what feels like all season. Oakland‘s game plan this season has been to use their offense line, and their rookie running back to great effect. Jacobs has dominated the backfield touches, his 168 attempts shadowing the rest of the team’s 81 rushing attempts. Against Cincinnati, those touches should allow Jacobs to have a good game.

Brian Hill ($4,800) has been the popular waiver wire pickup, with Atlanta suffering a number of injuries to the position. Hill now becomes the starting running back for the team, which at this cost, makes him a no-brainer addition to your lineup this week. The fact that Carolina gives up an average of 29.6 points to the position is a bonus.

D.J. Moore ($5,900) hasn’t made the prolific plays that players would have expected this season, but he is still Carolina‘s leading receiver. With the floor that he has, with expected positive regression from his single touchdown this season, he is a great play this week against Atlanta.

Terry McLaurin ($5,600) is effectively the single highlight this season for Washington. The rookie receiver blasted onto the scene as the best pass-catcher for the team. New York hasn’t been a great defense against wide receivers this season, giving up an average of 44.1 points to the position. Even with rookie Dwayne Haskins throwing the ball, McLaurin should be an effective play this week.

Tyler Boyd ($5,200) has had to step up this season, with A.J. Green yet to suit up for a single game. Cincinnati‘s season is fully de-railed at this point, with the team being forced to throw the ball to stay in touching distance in games. With Oakland struggling to defend wide receivers this season, Boyd should have plenty of receptions and yardage- even if he doesn’t score a touchdown.

Mohamed Sanu ($5,100) might have only just arrived in New England, but he has made a big impression. In the matchup before the bye week, the veteran was able to catch ten passes for 81 yards and a single touchdown. While that isn’t likely to be repeated this week, he has a great floor in a game where Tom Brady is likely to throw the ball often.

Greg Olsen ($3,900) faces Atlanta this week, who ranking average in defending the position this season, but Olsen is a big part of what Carolina do on offense. Olsen is currently third in receptions and receiving yards this season. Olsen is a great option as a cheap stack with Kyle Allen at quarterback.

Ross Dwelley ($3,400) is a name to consider this week, but it will require players to monitor the status of George Kittle. San Fransisco face Arizona this week, who the worst team at defending the position this season. If Kittle misses the game, Dwelley is a must-start.

Buffalo ($3,800) are the obvious play, with the team facing Miami this week. The point doesn’t need to be labored- Miami is an awful offense.

Minnesota ($3,400) are an effective defense, especially at home. With Denver likely forced to start Brandon Allen they aren’t likely to put many points. Combined with the effectiveness of Minnesota‘s running game dominating time of possession, they are a great play this week.