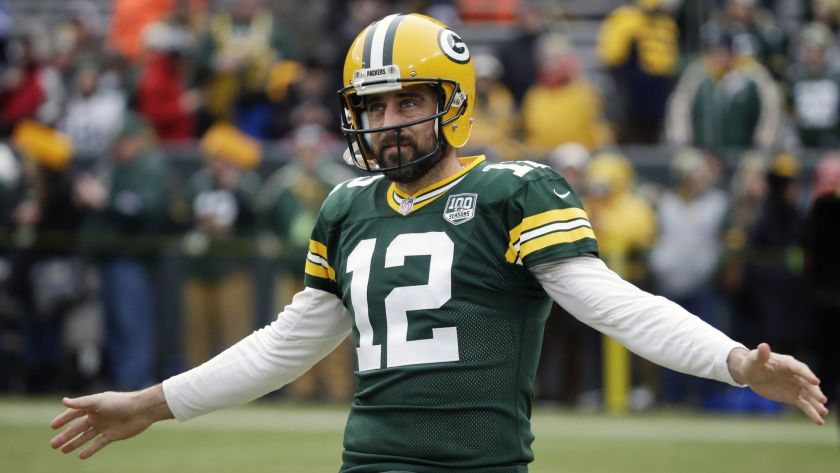 With the Thanksgiving games, we have a bumper week of action for Week 13- let’s get into our selections for this week.

Aaron Rodgers ($6,500) struggled last week, in fact, he has struggled all season. However, this week he faces up against New York who are not a great team on defense. New York have given up an average of 22.0 points to the position this season, and if Rodgers gets rolling early in the game- watch out.

Ryan Tannehill ($5,700) has truly become a revelation since he was given the starting job in Tennesse. While a matchup against Indianapolis isn’t the greatest on paper, the price tag is too good to pass up. Tannehill is a great option at quarterback if you want to save at the position this week.

Christian McCaffrey ($10,500) is great if you can squeeze him in at his salary. Simply put he is the offense of Carolina, who faces Washington this week. There are some other players on the slate who are cheap and have a good opportunity to exceed value this week, making him an easier selection than in other weeks.

Josh Jacobs ($6,900) is one of my favorite selections on the slate this week. Oakland really struggled last week and will be targetting the game against Kansas City to get the running game back on track. Kansas City have conceded a league-leading 33.2 points to the position this season, and Jacobs should expect the majority of that production

Miles Sanders ($5,400) is the running back in Philadelphia against Miami. Jordan Howard is expected to miss the game, and Jay Ajayi hasn’t worked his way into a meaningful part of the rotation.

Davante Adams ($7,000) is underpriced this week- there I said it. Adams has been part of the Green Bay offense that has struggled to instill the new offense and has battled a toe injury this season. But he is Aaron Rodgers lead receiver in a matchup that should have the Packers leading the way. Stack him with Rodgers if you can, if you can’t- grab him anyway!

Tyler Boyd ($5,500) has worked his way into consideration, with other players on the slate worth spending up for, cuts have to be made elsewhere. Boyd has been the lead receiver in Cinncinati this season, and with quarterback Andy Dalton returning to the lineup to make a point- there is an opportunity for a statement game.

A.J. Brown ($5,300) surprised me when I was looking at his inclusion this week. There is no doubt that Tennessee revolves around the running game, but with Tannehill impressing in recent weeks and Brown being effective as a downfield threat- that is a great opportunity to impress this week.

Dallas Goedert ($4,100) needs to be in your lineup if Zach Ertz is unable to suit up. The tight end position is a big part of the Philadelphia offense, and with a number of other pass-catchers likely to be unable to play also, he is a great option at the position.

Jack Doyle ($3,300) is the ultimate in cheap options. Indianapolis are going to be without King Eric Ebron and receiver T.Y. Hilton this week. Someone has to catch the ball this week!

Green Bay ($3,400) faces New York this week, a so-so offense. Rookie quarterback Daniel Jones has issues with his offensive line, which has led to a number of fumbles and interceptions this season as well as sacks. Get them in your lineup and don’t think too much about it.

Cleveland ($2,600) faces Pittsburgh in what feels like a game that the team will be targetting to move past the scenes in the previous matchup between the teams. Pittsburgh have struggled all season with a number of injuries, and offers a good opportunity to save at the position.