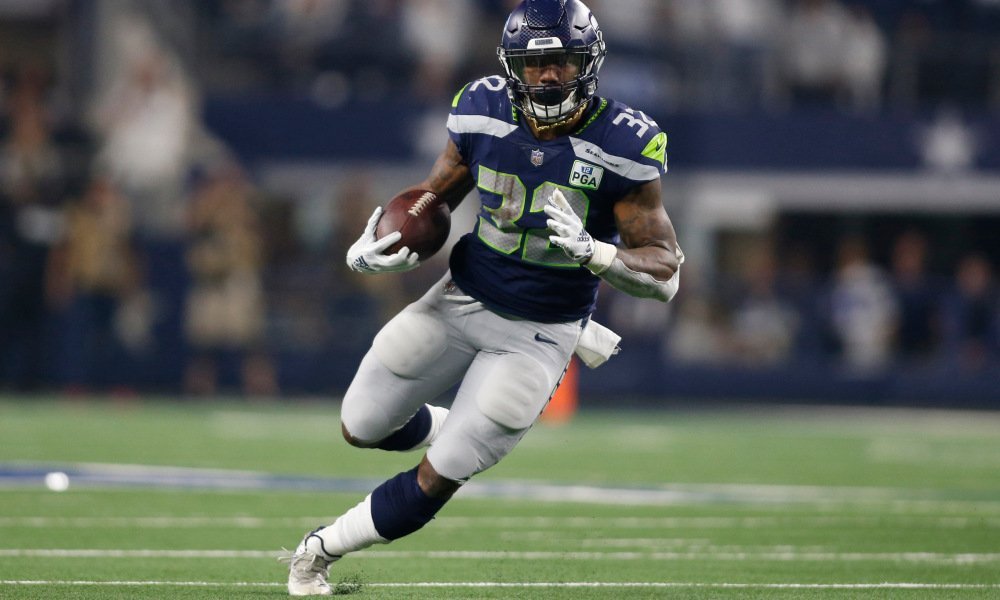 It’s weeks like this that I’m thankful for DraftKings. While I’m still alive in the playoffs in some leagues, I’m out of the hunt in others. So let’s jump into some selections for Week 15!

Deshaun Watson ($6,800) has a great matchup this week, averaging 24.3 points per game this season, and now faces Tennessee who has struggled quarterbacks this season. With a number of missing defensive weapons in Tennessee‘s secondary, that should allow Watson to run havoc with Houston‘s receiving corps.

Kyler Murray ($5,600) has certainly come back to earth midway through his rookie season, after being held to under 200 yards in each of the past three weeks. However, that was after facing some tough defenses. Cleveland isn’t an awful unit, but without Myles Garrett, the pass rush has a limited threat. At home, I’d expect Murray to get back on track.

Chris Carson ($7,500) is likely to return to his bell-cow ways now that Rashaad Penny has torn his ACL. Considering that he already ranks third in the league in rushing attempts, it’s scary to think what the additional workload is likely to bring. With Carolina surrendering the most fantasy points in the league to running backs this season, this is a great option.

Raheem Mostert ($5,600) seems to have become the hot-hand in the backfield committee of San Fransisco. The team leans on the run more than ever, and in recent weeks Mostert has managed to be extremely effective with the minimal touches he has been afforded. This week I’d expect him to be more heavily involved.

DeAndre Washington ($4,700) is a slam dunk if Josh Jacobs misses a second game on the sidelines. Washington had 20 touches in Oakland‘s last game, recording 96 yards and a touchdown. Against Jacksonville who have struggled against running backs this season, this is a must-start if he is given the starting duty again.

With the situation around Jacobs up in the air I have an alternative selection for you.

Phillip Lindsay ($5,800) looks to have wrestled the lead back job from Royce Freeman in recent weeks, with 70 touches to Freeman‘s 32 in the past four weeks. However, it really needs to be noted that while Kansas City have struggled against running backs this season, Lindsay had his worst game of the season against them earlier in the season.

Chris Godwin ($7,700) has been a great receiver this season, and it’s been a struggle at times choosing between him and Mike Evans. However, with Evans injuring his hamstring in Tampa Bay‘s last outing that is no longer the case. Detroit are a team that has struggled to stop receivers running rampant this season, something unlikely to change in this game on a pass-heavy offense.

Christian Kirk ($5,500) is highly involved in the Arizona offense, making him almost matchup proof. Even against Pittsburgh, which should have been a tough matchup, he finished the game with eight receptions and 95 yards. Even against Cleveland, who have been a great defense this season, Kirk should be in consideration for your lineup this week.

Dede Westbrook ($4,600) is worth consideration this week, due to lead receiver D.J. Chark being listed as week-to-week, as a featured receiver for Jacksonville this week. Oakland have struggled to stop wide receivers all season, allowing the fifth-most fantasy points to the position. If Chark misses then his teammate Chris Conley ($3,600) could also become an interesting consideration

Mike Williams ($4,600) managed to score a touchdown last week, from just three targets. However, his big play-ability cannot be overlooked after a six-game stretch of hauling in a 40+ yard reception. Against Minnesota, the team is likely to be passing often to stay in the game. If that is the case, Williams should be a touchdown threat again this week.

Tyler Higbee ($3,900) has been the inform tight end in recent weeks, with the team missing Gerald Everett through injury. Higbee has become one of Jared Goff‘s favored targets in the offense, with 14 receptions for 123 yards in the past two games. Equally, Dallas have allowed the fourth-most points to the position this season. At his price tag, he is a fantastic option this week.

Ian Thomas ($3,100) took the opportunity that was afforded to him with veteran Greg Olsen forced to miss the game last week. Thomas saw 10 targets against Atlanta last week, catching five of them for 57 yards and a touchdown. Seattle has struggled against tight ends this season, which could mean another big week for Thomas.

New England ($4,000) were the ‘cheat-code’ for fantasy owners at the start of the season, but since a Week 9 matchup against Baltimore has failed to hit those early-season highs. Cincinnati are a much-improved offense since Andy Dalton returned to the lineup. But that is unlikely to help them in repelling this defensive unit who will be intent on getting New England back to winning ways.

Philadelphia ($3,400) might have made some huge mistakes this season on defense, but have been able to turn that round in recent weeks. The team have allowed 17 points or fewer in their five of their six games, with forcing 11 turnovers and recording 30 sacks. Against a struggling Washington team, they are a great alternative to New England.