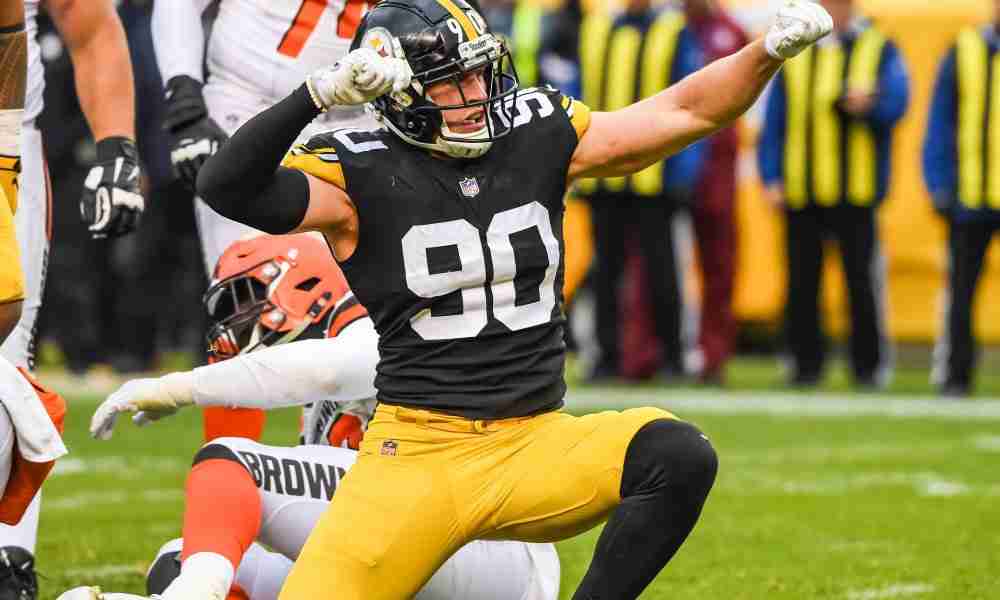 The 2020 NFL Awards take place on February 6, 2021, with a night of excitement and reflection, we thought we’d make our own defense nominations. A player winning an NFL honor as the best on their respective side of the ball makes their draft stock rise considerably. Don’t believe me? Go back and look where Lamar Jackson and Christian McCaffrey were drafted in your league last year.

Those players are the Honorable Alan Page and Lawerence Taylor. I’m not saying that Taylor is not honorable, but Page was an actual judge after playing football. Charles Woodson is the only defensive player to EVER win the Heisman Trophy. That shows just how football has given its highest award to only one side of the ball.

This article will focus on 4 candidates that deemed themselves worthy of the honor through magnificent play in the 2020 NFL Season.

The 2017 & 2018 DPoY has a great opportunity to land a third DPoY award. If he wins a third time he joins Lawerence Taylor and JJ Watt as the only players to win the award 3 times. Donald’s 13.5 sacks were 2nd most in the league, and he did so while often times being double or triple teamed.

Easily the best player on his team, Donald receives attention and praise from offensive coordinators and IDP fantasy players alike. His draft stock is always high, but winning a 3rd DPoY award could make him the 1st IDP off the board. He’s easily the best interior DL for fantasy purposes, but his low tackle volume is reason enough to wait on drafting him. As someone who waits to draft DL, I never realistically expect him to fall to me. Those that do draft him are rewarded with huge fantasy games.

Darius Leonard earned his 3rd All Pro honors in just as many seasons. The former Defensive Rookie of the Year has yet to play a full season, but it does not seem to affect his dominance in comparison to other interior LBs. He is the unquestioned leader of the Colts’ defense, and was helped by the addition of DL DeForest Buckner. He has the highest tackle total of the 4 candidates, and is equally as good defending the run or the pass. Leonard’s ability to rise up when needed, with the game on the line, under pressure is what separates him from other IDPs. His fumble recovery against Green Bay, the forced fumble on the 2 yard line against division rival Houston, and his goal line stance against Houston in the first meeting were all crucial moments when a big play was needed. Leonard should be, and likely will be, one of the first 5 IDPs to be drafted in fantasy next year. He is one of the most reliable tacklers often earning 10 or more tackles in a game. I would put high draft capital on Leonard.

Even with handicapping the rest of the NFL 1 game, none had more sacks than TJ Watt. He averaged 1 per game he played, displaying how difficult and rare sacks truly are. His 41 QB hits were 9 more than the next best NFL professional. There were only 5 games Watt did not record a sack, and he also had 4 games with multiple sacks, including 2 after Bush and Dupree were placed on IR. The injuries for the Steelers defense kept mounting but Watt was their rock, playing superb in every contest he was in. He finished as the #1 IDP in 3 different fantasy scoring formats I was a part of. I did draft him in the 5th round, making him the first overall IDP off the board. He is worthy of being a keeper in almost all IDP formats, even with being sack dependent. Watt just finished his 4th year in the NFL and there are plenty of opportunities to surpass his 2020 statistics. If you are in a high sack point league, he should be the 1st name on the list. If you are not, he should still be one of the first ten IDPs drafted.

The Baylor Bear product had a season for the ages, and was a cornerstone for one of the best defenses of 2020. Xavien Howard gave the NFL it’s first 10 interception season since 2007, and 4 more than last year’s DPoY, DB Stephon Gilmore NE. His 20 passes defended led the league as well. Howard is more than deserving of the award, and had it have happened last year I think it’s a guarantee. 2020 was full of spectacular IDP play, and there are some household names he will be up against. From a fantasy perspective, he falls into the fearful category of being ‘interception dependent’. He will be on several offensive coordinators mind, and could see a lower volume of passes his way next year. Howard will not be in my top 5 DBs to target next year, and perhaps not even top 10. A career type year for Howard, but I would not expect the same results next year.

Only one of these gentlemen will be able to put some hardware on their mantle for their 2020 season. However, if you are playing in an IDP league (and shame on you if you are not), and if you set your board correctly you could have as many as 3 of these IDPs on your roster…. Because let’s be honest, you want them to put hardware on YOUR mantle as a fantasy champion!

Have a wonderful day, take care of yourself, and play IDP Fantasy Football.