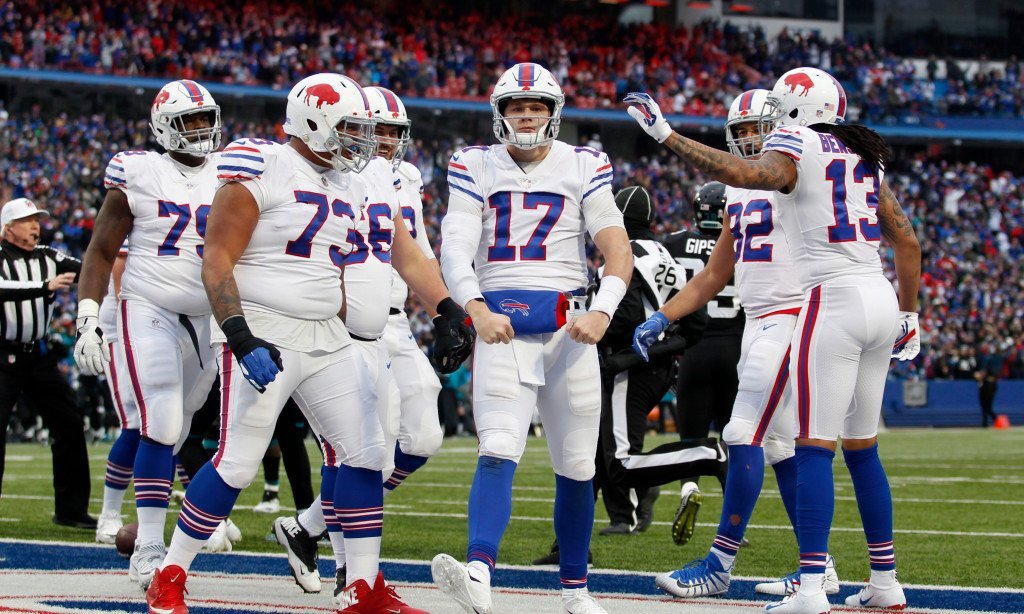 Wildcard Weekend & DraftKings selections- a match made in heaven for football fans. With only a few teams available the options are limited in certain positions (especially quarterback) so if you are playing multiple lineups make sure you have exposure to all of them! So let’s get into the picks!

Josh Allen ($6,500) has a great matchup this week against Houston, who allow the fourth-most fantasy points to the quarterback position this season. Houston hasn’t had a good time with injuries with their starting cornerbacks set to miss the game. With the game in a dome, and no weather to worry about, Allen is my favorite option at the position- especially with his rushing ability.

Carson Wentz ($6,200) is doing something quite spectacular at the position, considering that he has lost (what feels like) every pass-catcher he started the season with. If Philadelphia is to win the game, they are likely going to need to move the ball through the air. This is a riskier play, given the matchup against Seattle but could pay off with low ownership.

Alvin Kamara ($7,400) ended his scoring drought in the last two weeks, scoring four touchdowns in the last two weeks. While he is yet to break 100 yards on the ground in a single game this season, the game script-proof nature of his play, combined with touchdown upside makes him an attractive option this week.

Devin Singletary ($6,000) has firmly become the starting running back for Buffalo, receiving all of the touches in Week 16 and being rested in a dead-rubber Week 17 matchup against New York. With Derrick Henry having just exposed the Houston defense on the ground, it’s handed Buffalo (who are a great rushing team) a blueprint to victory.

James White ($5,700) isn’t getting all of the touches out of the backfield for New England (that guy is Sony Michel), but when he does get the ball he has been more efficient with it. White is the player that the team trust when the game is on the line and has a higher upside if the game moves away from the team.

Sony Michel ($4,600) is worth considering this week too, with his price tag allowing you to spend up at wide receiver. Since Week 15, he has been given the vast majority of touches out of the backfield. Yes, Michel might be a touchdown-dependent player to really break the slate- but we have seen Michel get plenty of goal-line use in the playoffs before.

Julian Edelman ($6,500) becomes a completely different player when playoff time rolls around. In recent weeks he has struggled with injury which has allowed other players to attract targets. But in a matchup where Tom Brady will be looking his way often to move the chains, he is a fantastic option this week.

John Brown ($6,000) has been consistent this season as a receiver but has struggled in the past month. However, the defenses that he faced were tough, and he was still able to record double-digit points in the majority of those games. Buffalo should be looking to punish the Houston secondary all game long, with Brown looking to stretch the field.

Cole Beasley ($5,600) has been a great PPR option this season since moving to Buffalo, operating out of the slot. Houston has struggled to defend the position all season- meaning that the matchup shouldn’t worry owners. Beasley is a solid-floor play but has a limited upside in the matchup.

Greg Ward ($5,200) has to be one of the shocks of the season, given his performances recently and how deep he was buried on the depth chart. Ward has been given plenty of opportunities to get involved in the offense with a number of starting players ruled out through injury. Zach Ertz is again looking like he will miss the game, meaning he should be locked into a number of targets again this week. Ward isn’t going to be a high-upside play but offers a fantastic floor option this week.

Dallas Goedert ($5,200) is set to be the starting tight end, with Ertz surely set to miss the game with his injuries. Even if he does play, Goedert is a great option in this injury-hit offense. Everyone knows that Arizona has been the worst team at defending the position, but Seattle has also struggled. With the expected target volume in this matchup, Goedert is the first name in my lineups this week.

Jared Cook ($4,900) has been one of the most consistent tight ends in the league over the last few months, with at least 54 yards or a touchdown since Week 5. However, Minnesota has been effective at defending against the position. If you aren’t able to afford Goedert, then Cook is a fine player to opt for.

This is a bit of a strange one, as really there aren’t many defenses that I just wouldn’t consider, so I would just select the rest of my team and then choose one to fit my remaining budget.

Buffalo ($3,100) faces Houston this week who has one of the worst offensive lines in the league, matched up against one of the better defensive units. That is a recipe for a number of sacks on DeShaun Watson, even with his mobility.

Philadelphia ($2,900) is struggling on offense, but seem to have pulled together on defense during the playoff push. Seattle is a team that is built upon establishing the run but could struggle to get that going against a unit that has been effective at stopping running backs this season.