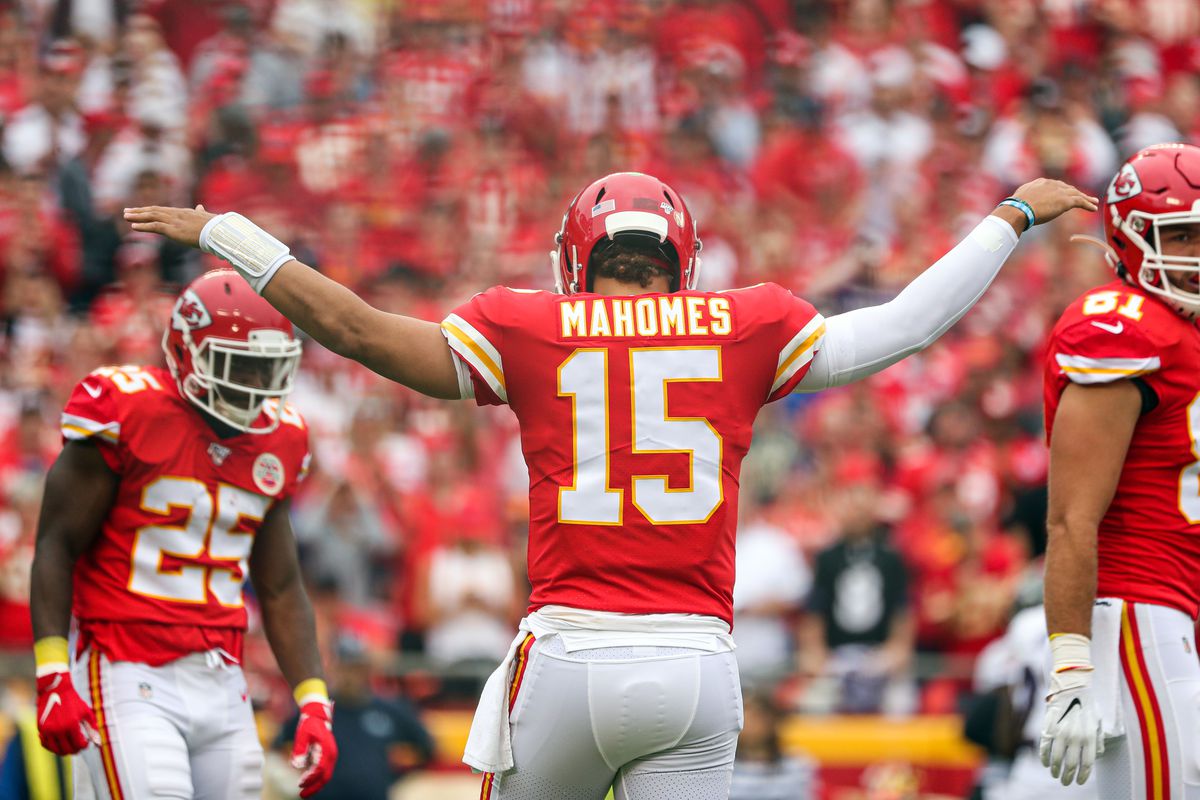 DraftKings Conference Championship selections mean that we are nearly at the end of the season. But fear not, there are still two weeks remaining! With a much shorter slate, there are going to be fewer selections this week and for next week, but let’s get into them!

Patrick Mahomes ($7,700) is the most expensive quarterback on the slate this week. Last week he managed to get Kansas City back on track against Houston in a stunning comeback victory. Tennessee allowed the second-most passing yards in the NFL this season, so fire up Mahomes and get involved in some stacks!

Derrick Henry ($8,700) doesn’t need much of an introduction. The guy is a human wrecking ball, and now faces a team that isn’t that good at defending against the position- allowing 4.83 yards per carry. Kansas City are likely to be stacking the box to limit his impact on the game, but that was what he faced against Baltimore and we know what happened. His workload is just too good to overlook.

Tevin Coleman ($5,700)/ Raheem Mostert ($4,300) feels like a cop-out as honestly, I’m not sure which is the better play. I want to get exposure to both of them in my lineups this week. Coleman came out of nowhere to take all the touches last week, but Mostert has been efficient all season. Against a Green Bay defense that has struggled against running backs all season, mix your exposure to the duo this week.

Tyreek Hill ($7,200) disappointed last week, but all that means is that his ownership is likely to be alot lower this week. Tennessee have struggled against the position this season, and have struggled to defend against faster players- and they don’t come much faster than Hill.

Emmanuel Sanders ($4,900) might be third in the pecking order for San Fransisco, behind George Kittle and Deebo Samuel, but he is an effective experienced receiver. Against a young secondary, he could use some of that experience and make some big plays.

George Kittle ($5,800) is the tight end that I want to include in my lineups this week. Travis Kelce is the screaming player this week- but the salary difference to Kittle is $1,300. Kittle tore Green Bay apart earlier in the season, catching six passes for 129 yards and a touchdown- and is likely to feature heavily again this week.

Green Bay ($2,400) feels to me to be the best option this week from the four teams playing. In looking for a team that can bring pressure and force a turnover, I feel that is Green Bay. Jimmy Garoppolo has had some mad moments this season, if the Smith‘s can get after him we could see some more strange decisions this week.