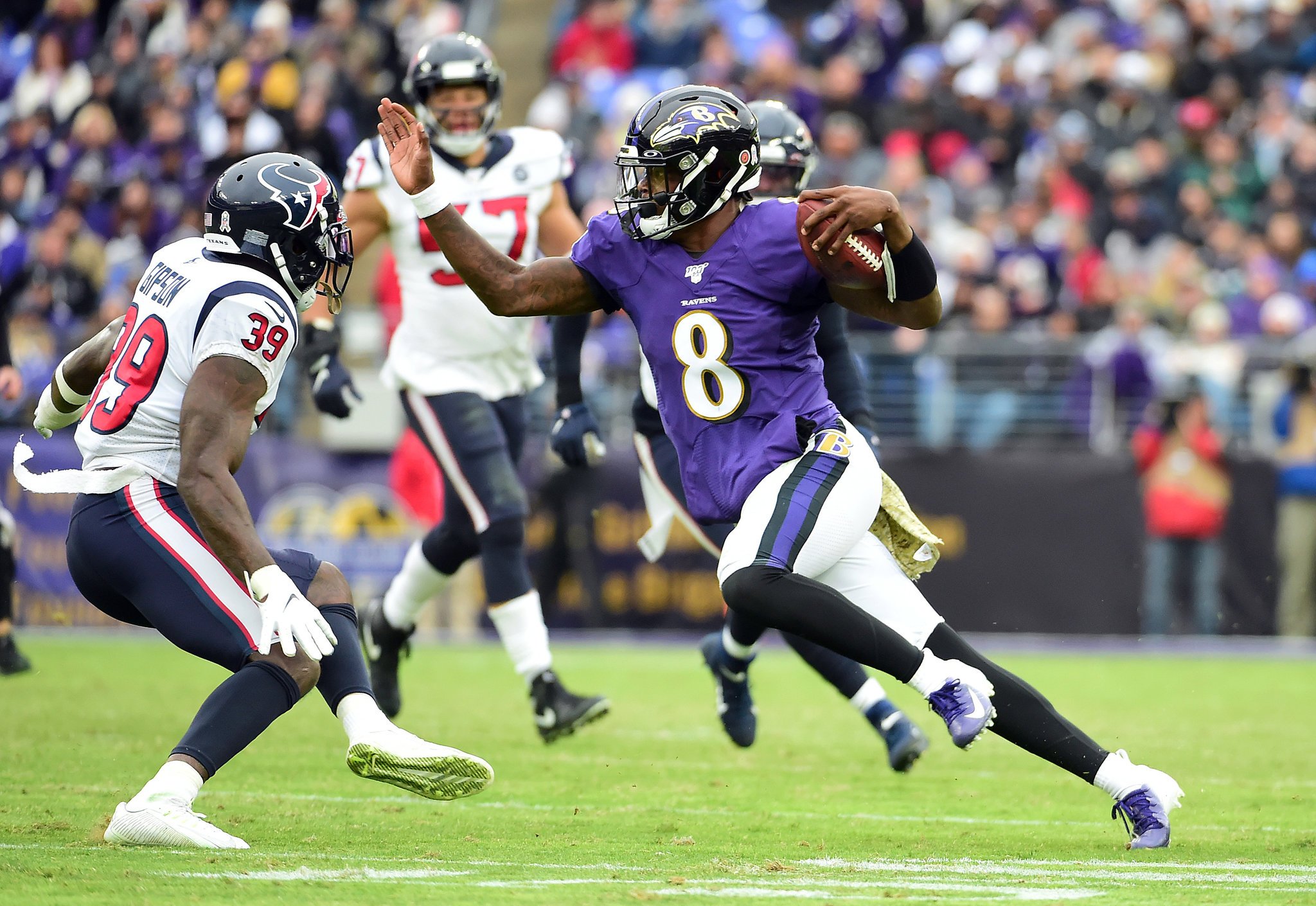 2019 Top 12 QB’s are largely the players that you would expect. But that doesn’t mean you shouldn’t look at the players scoring to determine what that means coming into 2020.

For the purposes of this article, we are going to use the scoring in the default version of the Stats Database. That is available in our shop. Remember if you want to chat about any of the player values for next year- reach out! You can find us on Twitter, Instagram or Facebook.

What a Season. Lamar Jackson completely dominated scoring at the quarterback position, mainly due to his rushing stats. In fact, he would have finished as QB12 without them!

2020 Outlook: Jackson (if he continues to rush) will be an effective fantasy option. Baltimore didn’t ask too much of their quarterback and baring a big splash in free agency (which isn’t likely), Jackson will be over-drafted

Dak Prescott had another season that will have delighted fantasy owners. Prescott was overlooked by many in drafts, but in a contract year, he flourished in the new Dallas offense. Prescott managed to post career-highs in passing yards, attempts, and TDs. His season could have been even better if his receivers didn’t drop the most passes (43) in the league.

2020 Outlook: Prescott has now been given the franchise tag, which isn’t a surprise given his performances. Amari Cooper has also signed a deal to keep him in town, meaning that the team can continue roll with Cooper and Michael Gallup showed flashes last season, the team still needs a lead receiver.

Russell Wilson might’ve finished third at the position in fantasy scoring, but if you owned him it didn’t feel like it. He had some fantastic performances, but equally had plenty of games that disappointed.

2020 Outlook: Wilson is a supreme talent, but simply isn’t in an offense that allows for consistent production at the position. With no change of coaching, that seems unlikely to change.

Winston was a great fantasy quarterback for many fantasy owners. Especially those that only looked at his stats at the end of his games. Winston became the eighth quarterback to throw for over 5,000 yards and set the record for pick-sixes with seven.

2020 Outlook: It’s hard to determine Winston‘s fantasy value given that he hasn’t yet signed with a team. However, regardless of where he goes, he is likely to be the same risk-taking quarterback he has been in previous seasons.

Watson had high expectations going into 2019, taken at the top of the position in drafts. Watson was relatively consistent during the season. However, he would have disappointed owners at the time that mattered most- the fantasy championship in Week 16.

2020 Outlook: Watson will be missing one of his biggest weapons with the trade of DeAndre Hopkins. Combined with an offensive line that has struggled in recent seasons, Watson could struggle in 2020.

The SuperBowl MVP might have disappointed fantasy owners, but that is only because his ADP was insanely high. Mahomes only threw 26 TDs, which was far below the 50 he threw in the previous season, but he also dramatically reduced the interceptions he threw too.

2020 Outlook: Kansas City traditionally has had a great offense, and there is no reason to think that would change. The team looks like they are going to be bringing back the key pieces of their offense, and Mahomes should have another effective season as a result.

Wentz had an impressive season when you consider that the Eagles struggled to keep their players fit last season. The team ended up having to limit their offense to lots of short pass completions, rather than any of the big over the top plays they had in previous seasons.

2020 Outlook: Wentz is likely to be a great steal next season, due to the feeling around him. If the Eagles are able to be a bit more fortunate with injuries to the players around him, Wentz has the talent to get the offense firing.

Rodgers‘ season was a great fall for a player that has long been at the top of scoring at the position. However, in the new offense in Green Bay Rodgers has been able to rely on the effective ground game that surrounds him.

2020 Outlook: Rodgers suffered from having a lack of receiving talent to target, excluding Davante Adams, which needs to be addressed in the offseason. The team also needs to make sure that they are able to continue to protect their star QB.

Josh Allen was the typical streaming QB. Didn’t bust too often, but equally didn’t set the world alight. However, again Allen‘s value was mainly due to his work on the ground (where he scored the most rushing touchdowns at the position).

2020 Outlook: While Allen is likely to regress in scoring on the ground. However, with Buffalo’s recent trade for Steffon Diggs, the team has improved the pass-catchers available for him.

Ryan had a good start to the season, before falling apart for fantasy in the second half of the season after the Falcons bye week. That struggle was likely due to the lack of TE Austin Hooper, who was missing through injury. However, with the lack of a running attack Ryan may again find himself under pressure.

2020 Outlook: Ryan developed a great rapport with TE Hooper, but won’t be able to rely on his services for 2020. Top receiver Julio Jones also showed some signs of age last season, but ultimately is likely to be another decent streaming option next season.

Murray had a great rookie season in the new-style Arizona Cardinals offense. However, the Cardinals still have some way to go in protecting their star quarterback- which should be a big aim in the offseason.

2020 Outlook: Arizona made headlines early in free agency in a blockbuster trade. DeAndre Hopkins, who is one of the most talented players at his position, should mean that Murray has plenty of talent to throw to.

Brady is still going as one of the oldest QBs in the league, relying on the highly effective pieces on the Patriots offense. While the arm talent is starting to dwindle, his football IQ still remains intact.

2020 Outlook: Now that Brady has signed for Tampa Bay, he could have a fantastic season for fantasy football with the talent at receiver his new team has. However, it remains to be seen if he is going to be able to stretch the field, as in recent years he has become a check-down artist

That’s it for QBs! Check back for the next article in the series as we cover each offensive position.