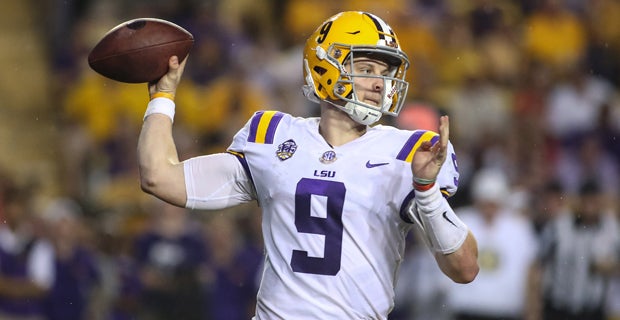 The 2020 NFL Draft is now in the books, so it’s time to start looking at the rookie players landing spots, beginning with QB. The objective of each of these articles is to dive into their fantasy outlook for the next few years.

If you didn’t know this was going to be the pick, then where have you been? Burrow had a great season last year, and has now been given the keys to the Cincinnati offense.

Burrow has great decision-making and accuracy, and while the offensive line struggled last year he has weapons around him to ease him into the league. Not many rookies will step into a situation with receivers like A.J. Green and Tyler Boyd, as well as Joe Mixon at running back.

Fantasy Outlook: In Superflex dynasty leagues, there is an argument that he could be the 1.01 pick. I’d expect some viable streaming weeks from him this season, and potential to be a solid contributor once he is past his rookie season.

So it seems that even with the Dolphins not have the number 1 pick, their ‘Tank for Tua’ season ended with the QB they wanted. While he seems to have recovered from his season-ending injury, he is a candidate to sit for a season. The receiving corps is young, with playmakers Preston Williams and Mike Gesicki showing flashes last season- along with DeVante Parker who bounced back.

Fantasy Outlook: He is probably worth a late 1st round pick, as he has immense talent on the field. But he is unlikely to step into the starting role straight away. Tua could have great fantasy relevance as a dual-threat in subsequent seasons.

The Chargers parted ways with Philip Rivers in the offseason, so it was likely they were going to try and find their new quarterback in the draft. Herbert had concerns with accuracy, but steps into a fantastic situation with the weapons he has around him at each level. Specifically, he has possession receiver Keenan Allen, deep threat Mike Williams, red-zone specialist Hunter Henry and check-down weapon Austin Ekeler.

Fantasy Outlook: For 2020, he should be able to win the job from Tyrod Taylor– if the team want to throw him out there. In rookie drafts, he is worth a mid-to-late second round pick. If he fixes some of his issues he could be a QB1 for years to come.

The pressure on Love is high, due to the comparisons he will draw from fans and analysts to Aaron Rodgers. Love has great arm talent and can throw on the run, but looked lost at times in his final college season.

Fantasy Outlook: 2020 production (and likely 2021) is not going to be there for fantasy, but he could pay off in future years if things go his way. I’d invest a late third round pick in him.

If Love was a shock, this was even more of a surprise. The Eagles locked up Carson Wentz to an extension, stated they had confidence in him, and then selected Hurts. Regardless of the discussion around him, if he is able to get on the field his ground game ability will give him fantasy value.

Fantasy Outlook: Hurts is a headache when it comes to dynasty. If Wentz misses time, he has immediate value. If Wentz is able to be on the field, then Hurts likely won’t be. I’d try and target him more if I owned Wentz, but value Hurts and Love around the same.

Eason has a great arm, but his immobility means that he really needs the time to develop behind Philip Rivers. His landing spot is ideal, behind a great offensive line and a great QB coach in Frank Reich.

Fantasy Outlook: Eason is a late-round dynasty add only.

Morgan had some draft experts saying that he could be a sleeper pick for the team that took the plunge. But he is unlikely to be anything other than a development project while Sam Darnold is in town.

Fromm slipped down boards, far more than expected. He is an accurate QB, but struggles with arm talent. Making a stark contrast from current starter Josh Allen.

There were four more QBs taken in the draft, but all of them are unlikely to have fantasy value in the upcoming few seasons (if ever)

So that’s it for our 2020 NFL Draft Rookie QB Landing Spots. Check out our other landing spots articles in our dynasty section as they become released. And always let us know what you think by connecting to use on social media. You can find us on Twitter, Facebook, or Instagram.