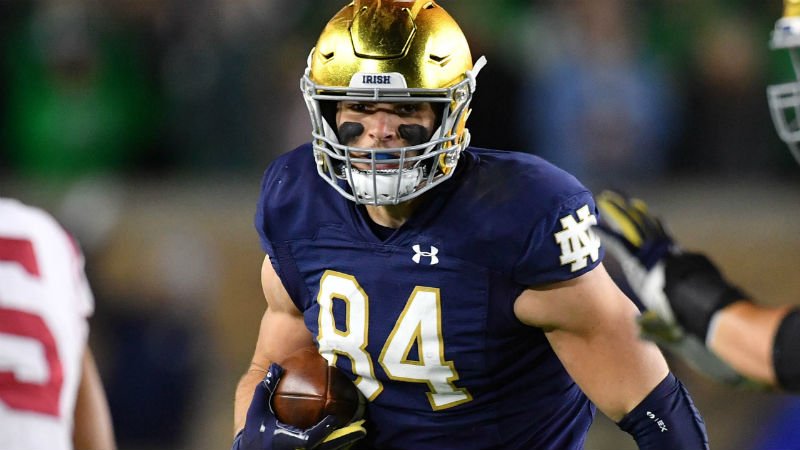 The 2020 NFL Draft finished, so it’s time to start looking at the rookie players landing spots, this article looks at TE. The objective of each of these articles is to dive into their fantasy outlook for the next few years.

Adding yet another tight end might seem strange, but Kmet is a great talent. Kmet is unlikely to have too much value this season, as it is likely he will sit behind veteran Jimmy Graham. However, moving forward he is likely to be their TE. But with uncertainty over their QB, his overall value might be in question

Fantasy Outlook: Kmet is a long-term prospect, who is unlikely to see the field much this season. Likely a third-round value in rookie drafts.

Asiasi becomes the first drafted TE for the team since 2010, when they drafted Rob Gronkowski and Aaron Hernandez. The Patriots don’t have many players at the position, meaning that he may well see the field early in the season. But, it’s going to be a tough ask for a rookie TE in an offense not led by Tom Brady in New England.

Fantasy Outlook: Could be a decent flyer late in rookie drafts, but could take a while until he becomes a fantasy force. Purely because right now we don’t know who the QB is for the team!

Deguara had some productive seasons in the college, but it’s unknown how that is going to translate to the lights of the NFL. Currently, with the players ahead of him on the depth chart it is going to be several years until he makes a fantasy impact.

Fantasy Outlook: There are several players ahead of him on the Packers depth chart, at the present time he is more likely to be used on blocking assignments.

Keene joins the aforementioned Devin Asiasi as a rookie tight end in New England. He has talent, is versatile and the team traded up to select him. While that doesn’t always directly translate to fantasy success, it does give some value to him in dynasty drafts.

Fantasy Outlook: As with Asiasi, has limited value until there is more clarity over the offense. But could be a great fantasy asset for several years if the team continues to utilize the position.

Entering the league with New Orleans makes any player valuable for fantasy. Trautman is an athletic player too, which helps, and will also have time to develop behind Jared Cook.

Fantasy Outlook: The combination of landing spot and athletic talent make Trautman a great tight end to target in rookie drafts. I’d look to pick him up at the end of the third round.

Cleveland‘s new coach loves tight end formations, but Bryant, unfortunately, find himself behind David Njoku and new signing Austin Hooper. If either miss time, he could get on the field but

A player that made headlines as the fastest tight end at the combine. He sits behind Noah Fant on the depth chart, but he has good chemistry with QB Drew Lock meaning when he is on the field he could be useful.

Another team that has depth at tight end. The team have a number of players ahead of him- including new signing Greg Olsen. It’s unlikely that Parkinson will make an impact in Seattle on a run-first offense anytime soon.

Hopkins had plenty of talent coming into the draft, with some putting him at the top of position. However, the Rams found success with Tyler Higbee at the end of last season. Hopkins could end up pushing Gerald Everett for the second-string.

The 49ers might utilize his talents on the field as a blocker, but with George Kittle in town it’s unlikely he will be fantasy relevant anytime soon.

Sullivan is stuck at the tail end of the depth chart for Seattle but has raw ability and is extremely quick, posting the second-fastest time in the 40-yard dash.

There aren’t many undrafted free agents worth mentioning, but he showcased his talent for LSU last season. A broken bone in his foot stopped him participating in the draft, but he has a great opportunity at winning the starting job for Washington.

So that’s it for our 2020 NFL Draft Rookie TE Landing Spots. Check out our other landing spots articles in our dynasty section as they become released. And always let us know what you think by connecting to use on social media. You can find us on Twitter, Facebook, or Instagram.