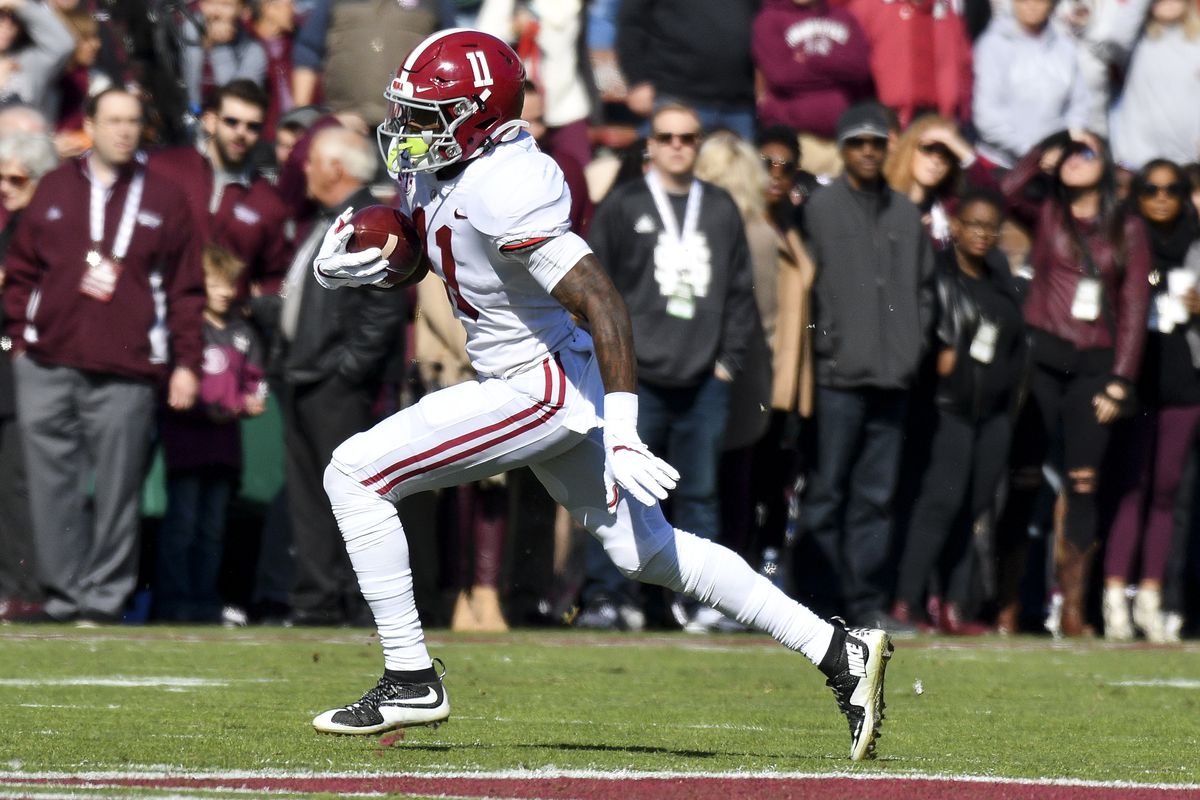 The 2020 NFL Draft is now in the books, so it’s time to start looking at the rookie players landing spots, continuing with Part 1 of the WR position. The objective of each of these articles is to dive into their fantasy outlook for the next few years. This one looks at the early round selections.

Ruggs is a lightning receiver, who performs well once he has the ball in his hands. His time at the combine was in the 99th percentile and his vertical jump in the 98th! Ruggs is likely to become the lead receiver for the team in its first season in Las Vegas.

Fantasy Outlook: Ruggs is likely to be the lead receiver for the team, but as part of a run-first offense he will be limited with the targets he will get. Still worth a late first-round pick, he could be boom-or-bust similar to Amari Cooper.

Jeudy landed in possibly the best landing spot for him. He showed his ability to operate out wide, as well as as the slot- which is his likely position in the NFL. He was able to create separation, which combined with his route-running ability should translate well for fantasy production.

Fantasy Outlook: The most likely role handed to Jeudy will be as a slot receiver, giving him great value immediately. Worth an early pick in the first round, once the running backs are off the board.

Jerry Jones just couldn’t help it, could he? Lamb fell down the board and while the teams had needs elsewhere he couldn’t pass up the opportunity. Lamb was dominant on offense and special teams in college, but could struggle to make an impact for fantasy this season.

Fantasy Outlook: The issue that Lamb has is that despite his talent, there are already other mouths to feed. Including deep-threat Amari Cooper, who is likely to occupy the same area of the field. However, he is still worth a late first-round pick.

Being totally honest, any receiver that was selected by the Eagles was going to have immediate opportunity- Reagor was the player they opted for. A player that can cut at full speed and leap vertically to be a constant threat for defenses.

Fantasy Outlook: The Eagles do have other receivers on the roster, but have had struggles staying healthy. He is worth a late first-round pick in rookie drafts, due to his ability to score from anywhere on the field.

Jefferson is a great talent at the position, having had success out wide and in the slot during his time in college. That ability is due to his route-running tree and ability to create separation from defenders- making him a big target for QBs.

Fantasy Outlook: Jefferson is likely to step into the secondary receiver role, behind Adam Thielen. However, despite that, he is a talented receiver and has a great opportunity to take the vacated targets from Steffon Diggs departure. I’d be happy to turn in a mid-to-late first-round pick for him.

San Francisco needed to desperately address their need for a WR in the draft, and Aiyuk is a great fit for the offense. Another play-making receiver who can separate from defenders, and make plays after the catch. It might take some time to develop chemistry with Jimmy Garappolo but once he does he should be an effective fantasy option.

Fantasy Outlook: With the ability that Aiyuk showcased in his time in college, there is no reason why he won’t become a great contributor to the offense. I’d value him in the early second round in rookie drafts.

So that’s it for Part 1 of our 2020 NFL Draft Rookie WR Landing Spots. Check out our other landing spots articles in our dynasty section as they become released. And always let us know what you think by connecting to use on social media. You can find us on Twitter, Facebook, or Instagram.