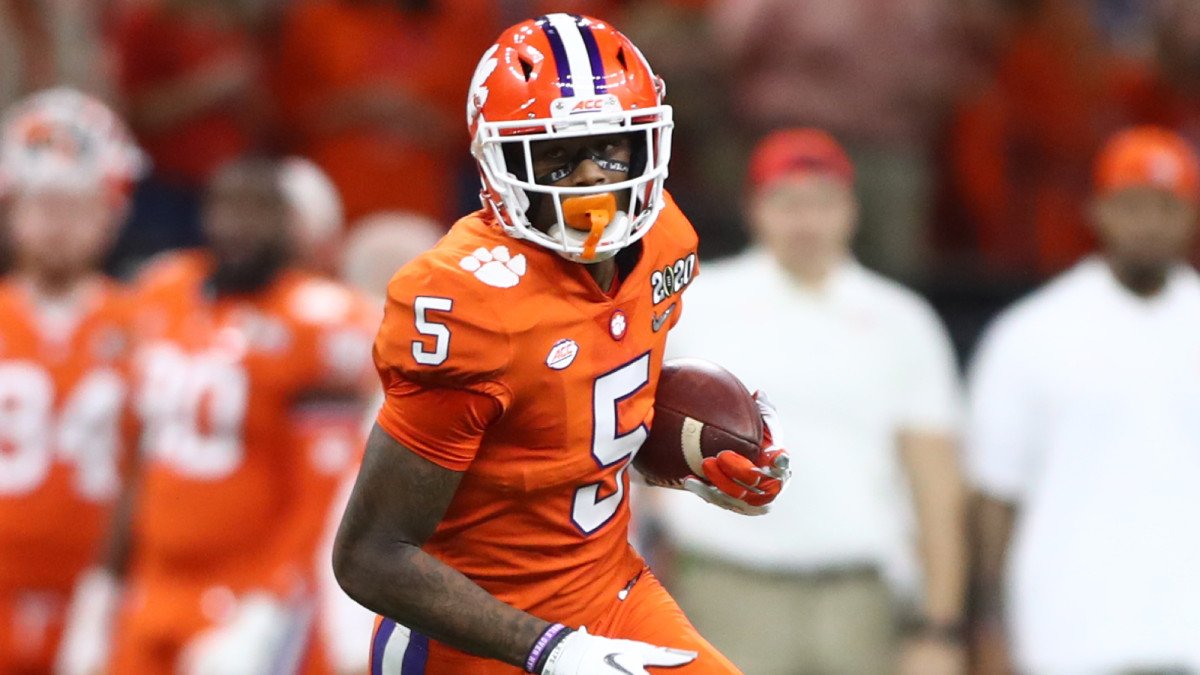 The 2020 NFL Draft is now in the books, so it’s time to start looking at the rookie players landing spots, continuing with part 2 of the WR position. The objective of each of these articles is to dive into their fantasy outlook for the next few years. This article looks at players selected in the second round.

Higgins might have disappointed at the combine in the 40-yard dash, but through college he has shown he doesn’t need top speed. Higgins big-body and catch radius allow him to catch any pass that comes his way. Oh, and he tied DeAndre Hopkins and Sammy Watkins for TDs at college.

Fantasy Outlook: The Bengals have a rookie QB in Joe Burrow but the two players are familiar with each other. The barrier to his success will be volume, given the surrounding weapons that the Bengals have. Higgins could be worth an early second round pick, with elite receiver A.J. Green coming to the end of his career.

Pittman is a big-bodied receiver, who performed decently at the combine with a 96th percentile 10-yard split. That burst combined with his huge catch radius mean he is able to physically dominate defenders, and attack the ball in the air.

Fantasy Outlook: Pittman is a talented receiver, and a big target for the new QB throwing the ball (Philip Rivers) who has a history of looking for reliable red-zone weapons. An early second-round pick would be a great price to pay for his talent.

Shenault lacks the touchdown numbers from college, but his physical ability should give him a chance of making an impact in the NFL. To be great though, he needs to work on his route running.

Fantasy Outlook: The situation in Jacksonville should mean that he is able to get on the field, it then becomes an issue of how many targets he can steal away from D.J. Chark. I’d be fine with a mid-to-late second-round pick for him.

Hamler was able to show his versatility in college, constantly able to create separation and explode from the line of scrimmage. He is probably best suited to being a slot receiver, as he should be able to get the ball into his hands quickly and punch defenders in space.

Fantasy Outlook: Hamler is likely the third receiver in the offense, but even so he should have value once he gets to grips with the league. Equally, it would become more likely that teams are forced to pay attention to Courtland Sutton and Jerry Jeudy, leaving space for Hamler to exploit. He is probably worth a late second-round selection.

Claypool is a player that might even have TE eligibility once draft season begins, but currently he is widely considered as a WR. His size can limit him in creating separation during his routes, but his ability to win contested catches makes up for it.

Fantasy Outlook: Another weapon on offense that will be led by a returning Ben Roethlisberger will help all of the pieces on the roster. But until it might not be until next season that he starts to have value. That delay on production means I wouldn’t invest more than an early third-round pick on him.

Jefferson did well while playing for Ole Miss, before transferring to the University of Florida. However, his struggles can be considered to be partly due to poor QB play, as he was still able to get separation using his speed from the line.

Fantasy Outlook: The Rams have a multitude of receiving options on offense, but it is unlikely that Jefferson will make an impact in his first season. Also, if the team continues to struggle then it could be several years before he has any value. That makes him worth a late third-round pick.

Mims is a perfect example of the type of player that has everything that you need physically to succeed. Explosive and powerful, he does however, need significant work in the other areas of his game. Including, his catching ability where he failed to haul in some passes thrown directly to him.

Fantasy Outlook: The Jets had a clear need at WR, with their previous leading receiver, Robby Anderson, leaving the team. Despite that, the team have added Breshad Perriman and have Quincy Enunwa returning from injury. Despite that, he is worth an early second-round pick in rookie drafts.

So that’s it for Part 2 of our 2020 NFL Draft Rookie WR Landing Spots. Check out our other landing spots articles in our dynasty section as they become released. And always let us know what you think by connecting to use on social media. You can find us on Twitter, Facebook, or Instagram.