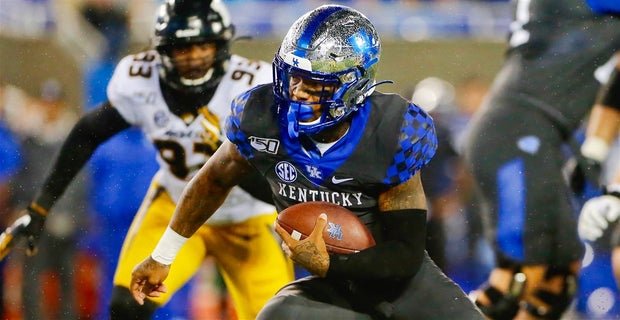 The 2020 NFL Draft is now in the books, so it’s time to start looking at the rookie players landing spots, continuing with part 3 of the WR position. The objective of each of these articles is to dive into their fantasy outlook for the next few years. This one looks at players drafted in the 3rd and 4th rounds of the draft.

Bowden is another player taken in the draft that is raw, but is a tremendous athlete- especially once he has the ball in his hands. He doesn’t possess great top-end speed, but he gets to the speed quickly. Interestingly, the Raiders turned the card in with his position marked as running back.

Fantasy Outlook: The path to his success for fantasy is limited, with the players that the Raiders have ahead of him- especially Hunter Renfrow who operates out of the slot (where Bowden would likely operate). I’d consider him with a late-round selection, but no more- even if he was considered a running back.

Back-to-back picks for the team in the third round were receivers. However, unlike Bowden, Edwards has a pathway to being valuable for fantasy. He is much more likely to be competing for one of the outside slots, most likely vying for snaps against Tyrell Williams.

Fantasy Outlook: It’s unlikely that Edwards will be on the field too much in his rookie season, unless he is able to beat out Williams. However, after his rookie season he could be a solid contributor. A mid third-round selection would be decent value.

The AFC seems like it has stumbled across a blue print for success- speed. John Harbaugh has continued to put together a young core of players who can score from anywhere- with Duvernay being the latest.

Fantasy Outlook: The Ravens have a history of adapting their playbook to fit the player, and while there is work to be done with his route-running he is a fantastic player with the ball. With his upside, I’d be willing to gamble an early third-round pick on him.

This pick confused me to a degree. Yes, Davis is has a large frame and has great potential, but he doesn’t seem a fit for the Bills. He isn’t a deep threat, doesn’t seem like he can dominate contested throws in the air. So why make the selection? He does seem to fulfil the need for a big-body red-zone weapon.

Fantasy Outlook: There is upside for Davis if he gets usage in the red-zone. However, that is going to be extremely hit or miss. On a run-first offense I’d be comfortable with spending a 4th round flyer selection and no more.

The Redskins are a team that is a long way from truly competing for the playoffs consistently any time soon, but they do have some exciting pieces on offense. Gandy-Golden does step into a team that will likely ask him to contribute from the opening game- meaning plenty of opportunity and targets.

Fantasy Outlook: Even though the Washington offense isn’t the best in the league, they will still move the ball. There is an opportunity from the start of his career- even if it won’t be eye-catching. I’d be looking to take a 4th round selection on him, potentially in the 3rd if I desperately needed a receiver.

So that’s it for Part 3 of our 2020 NFL Draft Rookie WR Landing Spots. Check out our other landing spots articles in our dynasty section as they become released. And always let us know what you think by connecting to use on social media. You can find us on Twitter, Facebook, or Instagram.