Hit enter to search or ESC to close
Best BallNFL 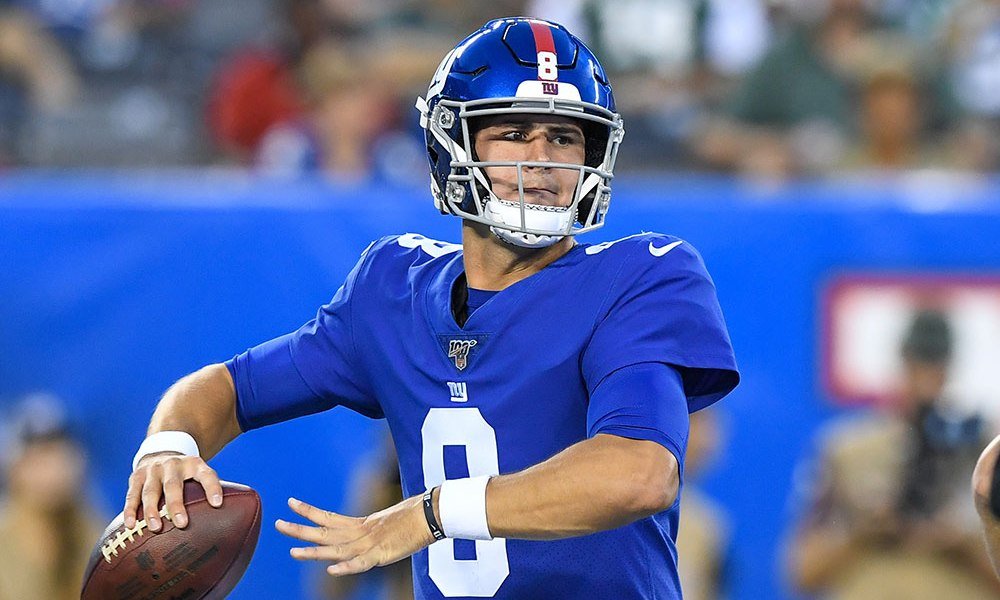 Best ball leagues have kicked off for 2020, meaning it’s a perfect time to cover some late-round QB targets. If you haven’t played best ball before, then have a look at our other articles that can give you more of a footing.

Getting your roster together, you need to have a few QBs that are potential week winners. Here we look at a few options that have the opportunity to top positional scoring each week.

Jones was inconsistent in his rookie season, but he did have four weeks where he dominated at positional scoring. That boom-or-bust nature makes him perfect for this format.

New York brought in two offensive tackles (a position of real need) during the draft, and have Evan Engram returning the team after suffering injury. If Saquon Barkley is able to recapture some of his rookie form, there is no reason why this offense can’t be (somewhat) productive.

Drew Lock started his rookie season behind Joe Flacco, but starts this season as the clear starter. The team have given him all of the weapons that they could get their hands on. Bringing in Melvin Gordon in free agency, and selecting two electric receivers in the draft. With the talent that was already on the roster, with these additions, there is no reason why Lock can’t have some boom weeks.

As well as high-ceiling players, you need to consider some floor plays. Players who might not blow the doors off, but are going to give a steady score at the position. They allow you to take more risks earlier, as you know you have a blanket of security later.

Rivers may have moved teams, but the Indianapolis Colts must be one of the best landing spots in the league. Behind an offensive line that is the best in the league, combined with the likes of T.Y. Hilton and the newly selected Jonathan Taylor on the roster. Rivers is a perfect floor play (who will have boom weeks too).

Bridgewater has a reputation of being a conservative quarterback, but that’s exactly what we are going for with this pick. Bridgewater is going to be the starter for Carolina this season, and with a multitude of weapons at his disposal he could easily have a top-10 season.

Other owners won’t look to add him, as they will be looking for players who can win a week each week, but if you need a third option for stability you could do alot worse.