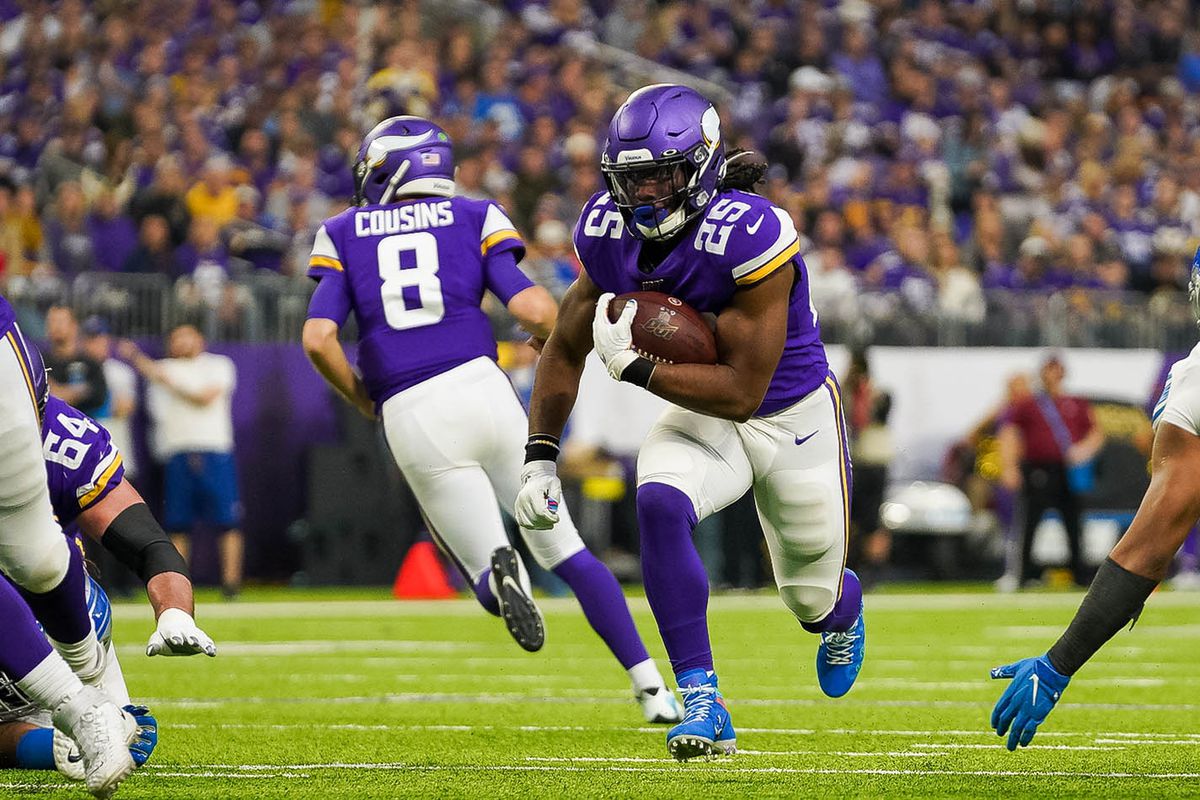 Dalvin Cook is entering his final year of his rookie contract, so does that make Alexander Mattison a starting RB? That’s exactly what Jacob Vines takes a look at.

All throughout the offseason we will be adding more player profiles, so stay tuned to our homepage to see them as they are released. If you have a player that you want to be covered then let us know by reaching out to us on our social channels. You can find us on Twitter, Facebook and Instagram.

Contract Situation of Cook and Mattison

Dalvin Cook is in the last year of his rookie contract and will be an UFA in the 2021 offseason. Alexander Mattison still has three years on his contract and will not be a UFA until the 2023 offseason. If the Vikings follow the lead of other NFL teams and let Dalvin Cook hit the free-agent market, I can see Alexander Mattison being the lead back in a RBBC in Minnesota.

Draft Capital and Physical Attributes of Cook and Mattison

Dalvin Cook was drafted at pick 41 (Round 2). By looking at the workout metrics, you can see that Cook is fast. However, he may lack as much burst and agility from just looking at the combine numbers.

Alexander Mattison was drafted at pick 102 (Round 3). By looking at the workout metrics, you can see that Mattison does not show the speed that Cook has but has more of a burst to his play.

Now let’s look at Dalvin Cook and Alexander Mattison’s efficiency using the player profile. Here you will notice the similarities when looking at True Yards per Carry (discounts all runs more than 10 yards per carry and focuses on consistency), Yards per Touch, Breakaway Runs (total carries of 15 or more yards), Breakaway Run Rate, and Juke Rate for Cook and Mattison. Some of these numbers will be skewed based on the number of runs that Cook and Mattison ran. But overall the similarities are shocking to me.

The Vikings ran the ball 48.3% of the time during 2019. That was the 5th highest running play percentage. With all of the running plays, Dalvin Cook had 250 carries (missed 3 games) and Alexander Mattison had 100 carries in 2019. As you can see, this shows that Cook and Mattison were being used as a one-two punch throughout the 2019 season when they were healthy. By looking at the stats above they were BOTH productive with their runs (combined average of 5.18 yards per carry).

The Cap Situation for the Vikings

The final piece to this puzzle is the cap situation for the Vikings. The Vikings 32 million in cap space, according to spotrac.com. Also, they will need to resign, pay a player in free agency, or the draft to fill a number of positions. Starting offensive lineman Dakota Dozier and Pat Elfein on offense, starting LB (Eric Wilson), and starting Safety (Anthony Harris) as well as backup positions.

The NFL is moving away from paying up to keep RBs, so I see a real opportunity that Alexander Mattison could become the leader of an RBBC in Minnesota in 2021. I would send a 2021 2nd for Mattison and be excited about the potential payday coming in 2021. If Mattison becomes the leader of an RBBC, you can get 5 times the value of a 2021 2nd. I still expect the Vikings to add a running back in the draft and maybe free agency. Until then, I see Mattison leading the backfield.

Thank you to www.playerprofile.com for their excellent website and statistics.