Hit enter to search or ESC to close
DynastyNFLRankings 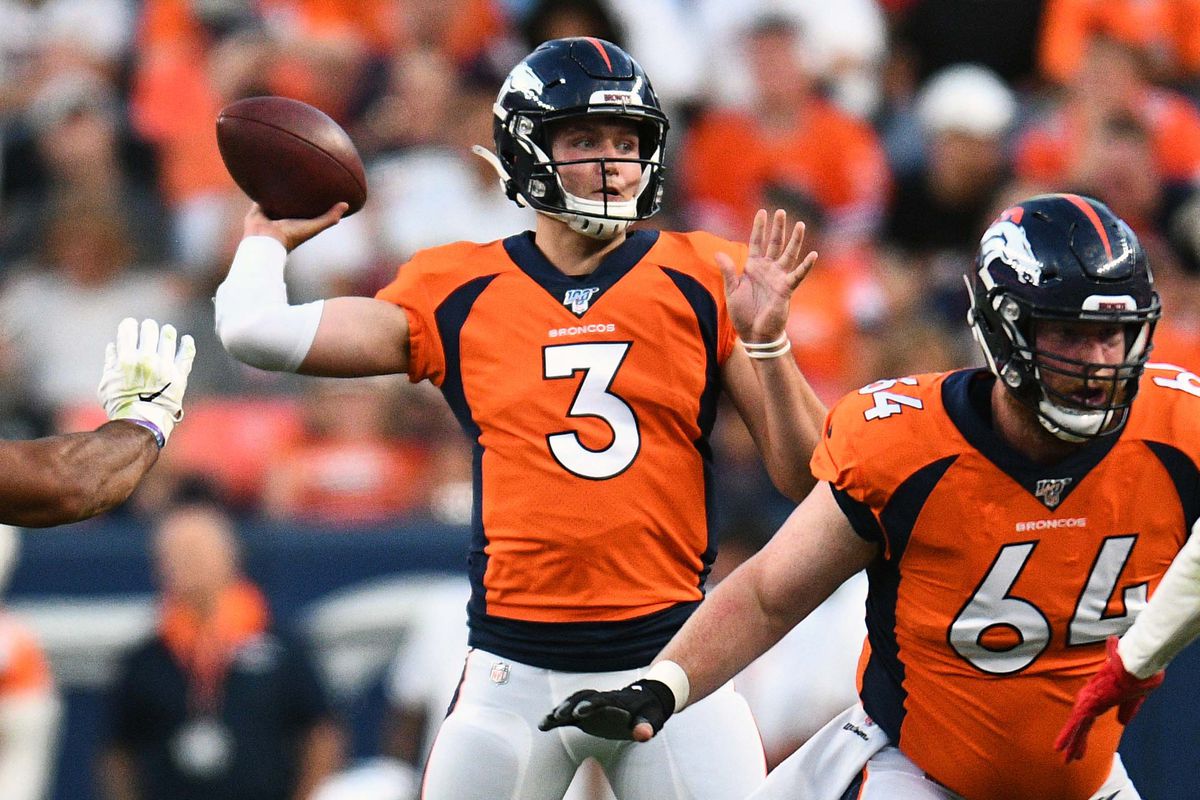 It’s the time of year where you see dynasty start-up drafts, meaning there are some ADP values to talk about! Anthony McLoughlin takes a look at some early considerations for you. Remember you can find our current rankings here.

Coming up, are 5 players who I feel have great value at their current ADP (Average Draft Position) in a Dynasty full point PPR league and why they can be the guys you can pick up at the right price to help you build the best roster possible.

First of all.. I am not telling you to go and pick up Drew Lock as your QB 1! But remember in Dynasty format it’s all about building that team to compete, not just for one season but for seasons to come.

Therefore I would be looking to take Lock as my backup QB with the expectation that he will turn into the QB that the Broncos believe in to lead their franchise.

When he got the starting job in week 13 last season, Lock, over the last 5 weeks of the season finished as the QB24, not mind blowing by any means.

However, in the off season we have seen the Broncos add some top weapons to Lock’s arsenal. He will now be throwing to Courtland Sutton, Jerry Juedy, Noah Fant and has Melvin Gordon in the backfield.

The Broncos clearly want this to work and are surrounding Lock with the players they feel will help him evolve into a top QB in the NFL.

Taking lock at his current ADP in the later rounds of your draft can be nothing but a good investment for your roster.

In his rookie season, Montgomery finished as the RB24 with 242 carries, for 889 yards and 6 touchdowns, along with 25 catches for 125 yards and 1 touchdown.

While some where left disappointed with Montgomery and unsure if he will be the guy they expected him to be for the Bears, this is a player who is continuing to develop at the age of 22 and the Bears are showing their confidence in him as their RB1. Having gone through both free agency and NFL Draft without picking up any new competition for Montgomery, this is a clear sign of that confidence.

Looking at the RB depth in your draft this season, after the first few rounds it may seem like a scramble to pick up your RB2, knowing that Montgomery is currently available in the 4th or 5th round, going into his second season, he is absolutely worth his current value, I fully expect him to continue his average of 15 carries per game and if he improves on his yards per carry, you will reap the benefits.

Slayton goes into his second season as a pro after surprising us with his numbers of 48 catches from 84 targets, for 740 yards and 8 touchdowns, finishing the season as the WR37 playing 14 games.

During his rookie season, we saw Slayton take his opportunity when the likes of Evan Engram and Sterling Shepard missed games through injury, something that has been a regular occurrence for the two over the last few seasons.  This allowed Slayton to build a strong rapport with Quarterback Daniel Jones and show us his big play ability as a deep threat in this offence. In a tough division, with one of the weaker defences in the league, we should see the Giants playing from behind, chasing games throughout the season, meaning more looks for Slayton, giving him the opportunity to improve on his 2019 numbers.

Still only 26, going into his sixth season, Crowder is a great pick up in the later rounds of your draft. In his first season with the Jets, playing in the slot, he had an instant connection with Sam Darnold which continued to blossom throughout the season.

Going into the new season, with Robbie Anderson now moving onto the Carolina Panthers, the Jets have acquired Breshad Perriman via free agency and Rookie Denzel Mims. These new receivers will have to learn new playbooks and build rapport with Darnold, therefore don’t expect Crowder to fade away into the background, we will continue to see him carry on in his current role, as the weapon the Jets had hoped for when they signed him last season.

Now we all know Zach Ertz is Carson Wentz safety blanket, his go to guy and has been drafted as one of the top TE’s over the last few years, however, don’t let that fool you with Goedert.

In 2019, playing alongside Ertz who missed one game last season, Goedert just about doubled his production from his rookie season, going from 334 yards to 607 yards from 58 catches along with 5 touchdowns, making him the overall TE10 for the season.

Going into his third season at the age of 25, in a league where reliable TEs can be hard to come by for fantasy football, you can draft Goedert with confidence. The Eagles use a lot of 2 TE sets, so we will continue to see Goedert on the field for up to and beyond 80% of the team’s offensive snaps, he is also a solid run blocker giving him more opportunities to see the field.

I would expect Goedert to finish in the top 10 TE’s again in 2020 and will be a great pick up at his current value in your Dynasty drafts.