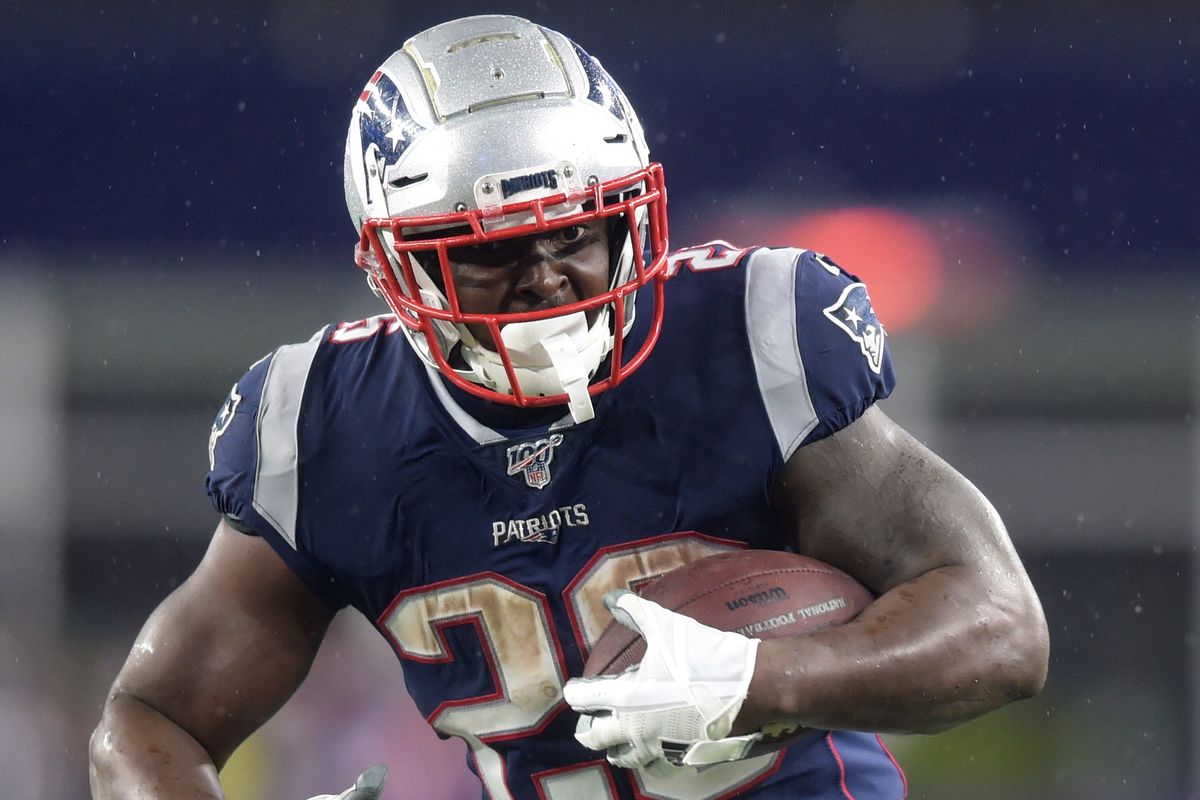 Sony Michel is entering his 3rd year with the Patriots, but what are the expectations for the offense in 2020 without Tom Brady. In this article, Jacob Vines is going to look into how the Patriots have used RBs in the past. From when Tom Brady was injured or suspended, as well as Sony Michel’s production over the last two years. As well as his thoughts on Damien Harris, and Michel’s 2020 Fantasy Outlook.

All throughout the offseason we will be adding more player profiles, so stay tuned to our homepage to see them as they are released. If you have a player that you want to be covered then let us know by reaching out to us on our social channels. You can find us on Twitter, Facebook and Instagram.

Past RB Production without Brady

Surprisingly, Tom Brady has only missed 19 games since 2002. He missed 16 games in 2008 with a torn ACL (only had 11 attempts in week 1), and four games in 2016 because of his NFL suspension from Deflategate. In both instances of Brady missing time, the Patriots ran the ball more.

Michel has been the workhorse back for New England for the last two seasons. Here are his stats as well as his fantasy points per touch which will be used later:

Sony Michel was slightly more productive in his 2018 season, but he played 3 less games due to injury. His average FPT in PPR leagues was 0.59 and in standard leagues was 0.57. We will use FPT to predict Sony Michel’s fantasy points for 2020. However, we do need to consider Damien Harris.

What about Damien Harris?

Damien Harris had an uneventful first year in the NFL with only 4 carries for 12 yards in three games. I expect Harris to become more involved in 2020, but I do not expect it to be more than 3 or 4 carries a game. I also expect Michel to keep the workhorse roll because of the major difference in draft capital. Michel has a 1st round draft capital while Harris has a 3rd round draft capital. Lastly, RBs that do not produce in year one are hardly fantasy relevant in their entire career. I will have another article on Damien Harris, but for now I am going to assume he has 56 carries in 2020 (3.5 carries per game).

2020 Ceiling and Floor for Sony Michel

The final piece to this puzzle is to use fantasy points per touch. As part of that consideration, the expected run play increase to find Michel’s 2020 fantasy outlook. Using Sony Michel’s carries from 2019 as the baseline because he played the full 2019 season.

Note: Because Damien Harris had 12 carries last year and I am expecting 56 carries from him, I will only be subtracting 44 carries from Sony’s expected carries to account for Harris.

Sony Michel’s fantasy outlook is bleak in PPR leagues, but he has a lot of upside in standard leagues. This may have been what you expected to find. However, he still has the potential to finish with more fantasy points in 2020 for PPR leagues even with Damien Harris being more involved.

Thank you all for reading and I hope this gives everyone clarity on expectations for Sony Michel!