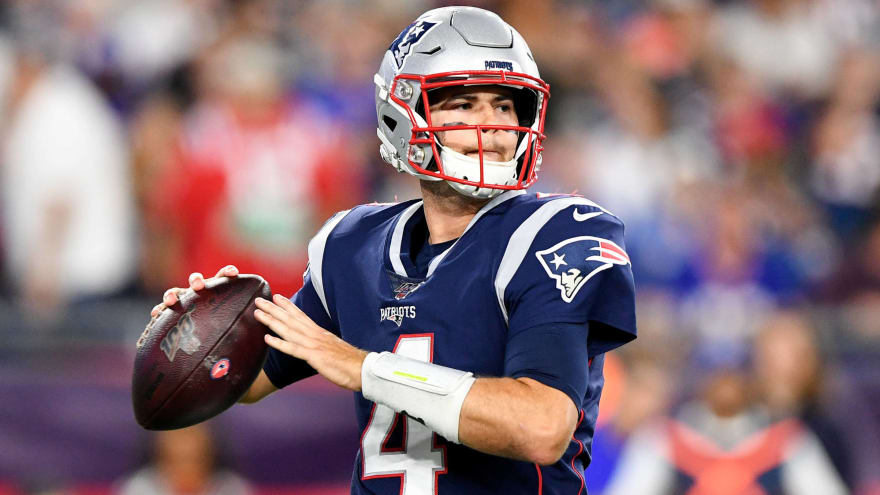 Quarterback is a position that some players need a year to flourish (at least for fantasy) so let’s take a look at some sophomore break out candidates.

As part of our dynasty league coverage (as these are trade candidates to get in early on) we have identified players that have a realistic opportunity to rank higher than they are being taken. For a player to qualify, they need to have the potential to out-perform their positional ADP by a decent margin.

That means that the likes of Kyler Murray and A.J. Brown won’t be featured after having fantastic rookie seasons. There could even be an argument that both of those players struggle to meet value, given where they are being taken in drafts

At this point of the season, I feel that Lock is going to be covered alot in these types of articles. Sure, Lock still has some improvements to make. However, he was able to show enough in his rookie season to mean the team chose not to bring back Joe Flacco.

The team then doubled down by putting players all around him that will give him the opportunity to succeed. The team added free agent Melvin Gordo early in free agnecy. Adding him to a running back group that already have Phillip Lindsay and Royce Freeman, means he offense won’t rest squarely on Lock’s shoulders.

The team also added two receivers right at the top of their draft. That gives the team playmakers out wide for when Courtland Sutton isn’t able to get open. Lock is being selected as the 23rd QB off the board, meaning there is plenty of upside with this pick.

The end of an era for New England. We now know that Tom Brady won’t be leading the team this season. But, New England haven’t gone out and brought in a veteran. Making it likely that the new starter is going to be Brian Hoyer or Jarrett Stidham.

Stidham might not be the player that starts the season. But he is going to see the field at some point. The Patriots still have a good running game, and a few players who can operate as a safety valve for the rookie if he gets in trouble. He might be a risk, but he could easily outperform his ADP (currently being undrafted)

So that’s it for our Quarterback sophomore break out candidates. What do you think of our selections? Any players you think we missed? Let us know what you think by reaching out to us on our social channels. You can find us on Twitter, Facebook and Instagram. Stay tuned for our coverage of other positions.