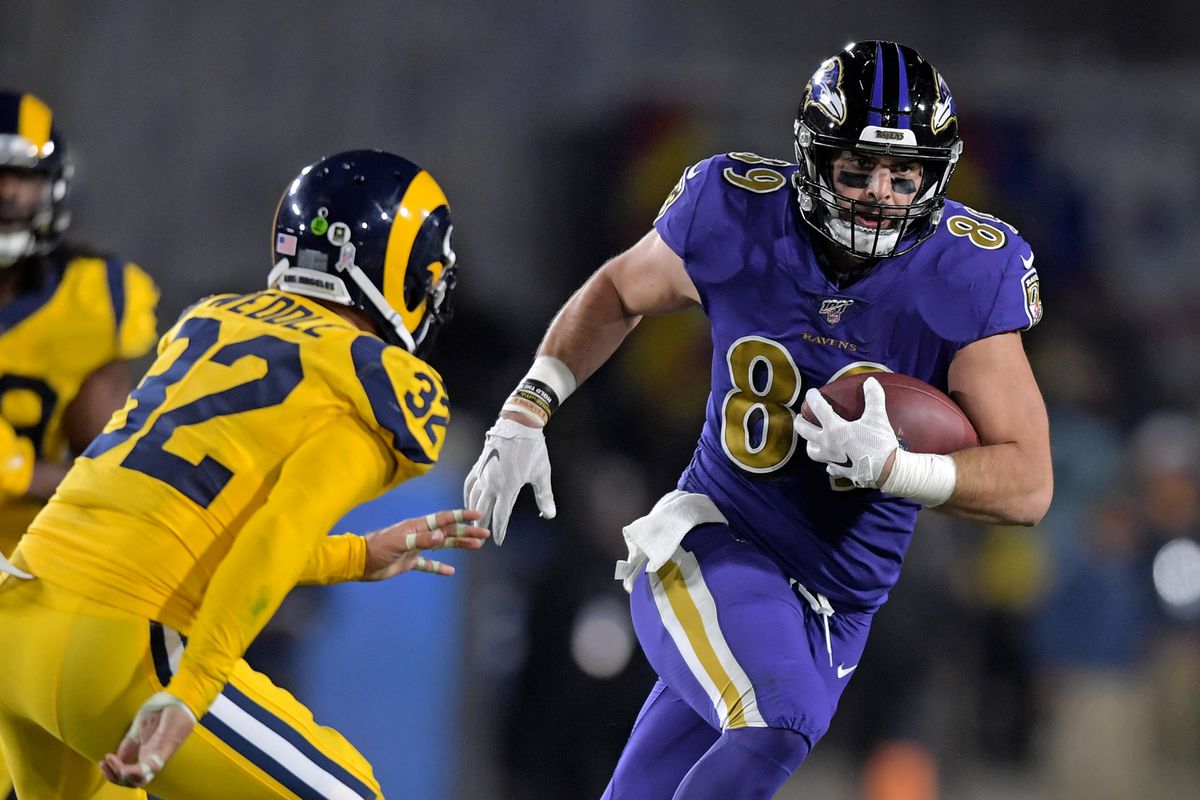 Mark Andrews seemed to come out of nowhere last season, the hype was real, but after impressing last season will he regress or impress? We take a look.

The 2019 season was an interesting one for Andrews, because he finished fourth in TE scoring. That put him in a tight pack of players behind Travis Kelce in scoring. Andrews finished the season with 64 receptions for 852 yards, by no means hugely impressive. However, it was the 10 TDs that catapulted him to the top of the rankings.

Baltimore were a run-first team and a team that liked to use their tight ends, with each having a role in the team. Nick Boyle was the main blocking player, while Hayden Hurst and Andrews shared the receiving duties at the position.

What is interesting about his fantasy finish is that he was barely on the field. He played the fewest snaps on the team of the three, and while the other players that finished in fantasy finish had around 800 snaps, Andrews only had 467.

With Hurst leaving town, Andrews is going to see an increase in snaps automatically in 2020. At a minimum, he is likely to see an increase of around half of the snaps he was given last season. Just from vacated snaps from Hurst. The two ‘receiving’ tight ends finished with nearly the exact same number of snaps (seperated by a single snap) so there is a chance that Andrews literally doubles the time he has on the field.

With an increase in snaps, it’s likely that Andrews will see an increase in targets. But how many? In 2019, Andrews was targeted on 21% of the downs he played- which is far too high. However, as we said above he could double his time on the field. If he remained as efficient as he has been that’d end up being around 130 targets, which feels far too high. However, even if he regresses a bit, and isn’t utilized as much, he could be looking at 100 targets- which would be a massive jump, but would feel far more realistic.

That increase in targets, just from being on the field more often, should give more potential for receptions.

Andrews fantasy finish was mainly down to his ability to score touchdowns, and as we know, they are the most difficult stat to predict. However, he is the clear red-zone weapon for the team as he was targeted more than any other player on the roster. Equally, Hurst vacated more red-zone targets, and a TD. So we could actually see this number increase from 2019. That’s not likely, but there’s no reason to think the offense will change completely overnight!

Andrews has the opportunity to not only match his 2019 season, but with the increased volume he will get with Hurst leaving, he could exceed it.

In all of the above, there has only been an assumption that Andrews eats into the workload left by Hurst. If he actually starts to dominate and eat into Boyle‘s work then he could be given even more opportunities on the field.

In the fantasy wasteland that is the TE position, he will be a top finisher at the position. And with the workload that he will likely inherit with Hurst leaving, he has an outside chance of finishing at the very top of the tree at the position. (Although it would have to be a special season to knock off Travis Kelce or George Kittle)

So that’s it! Hopefully you are now settled in ranking Mark Andrews for the upcoming season. If you can grab him in the 5th/ 6th round you could be getting a player that means you aren’t going to be streaming each week. And have a real shot to have the highest scorer at the position.

If you have a player that you want to be covered then let us know by reaching out to us on our social channels. You can find us on Twitter, Facebook and Instagram.