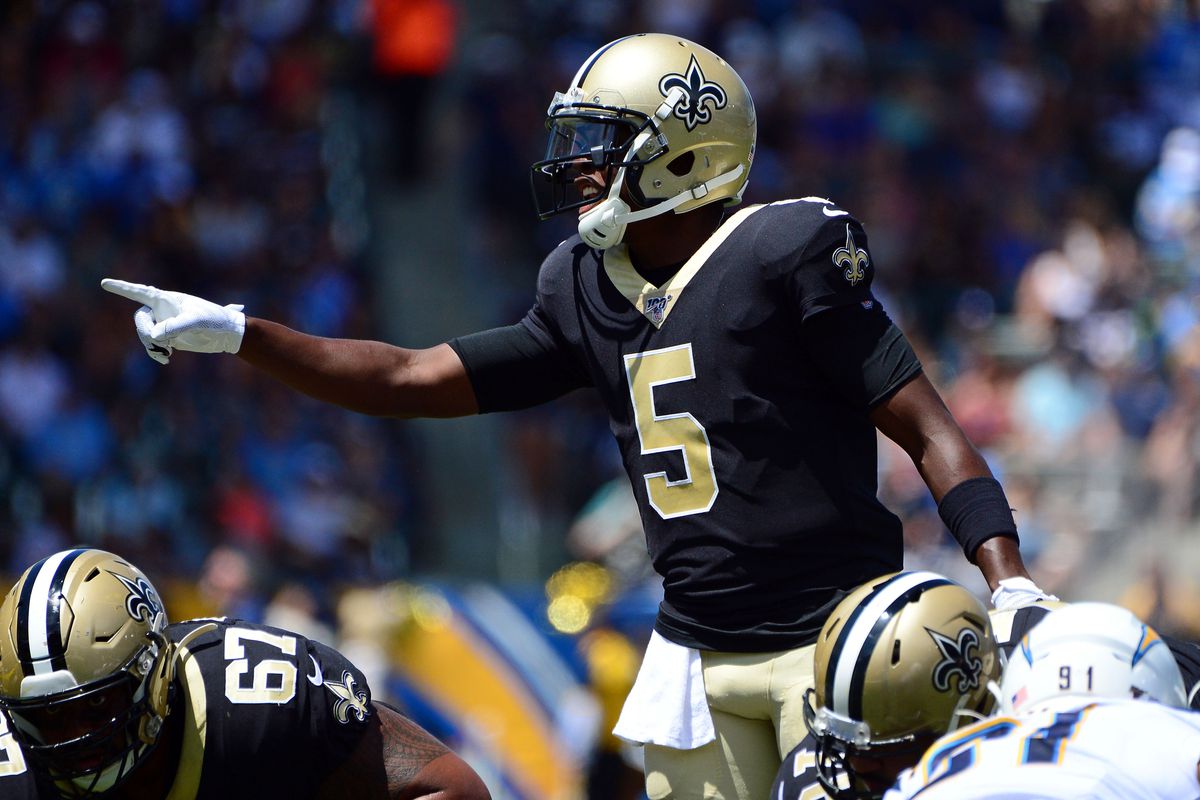 With Free Agency and the NFL Draft now firmly in the books, it’s time to start doing projections, meaning time to look at landing spots (and what they mean for their fantasy outlook).

In this article we will have a look at a player in each position that has changed where they are playing for next year.

Teddy Bridgewater, spent the last two seasons at the New Orleans Saints as Drew Brees understudy. During that time he will have learned from both Brees and Sean Payton. Now gets his chance as the starting Quarterback for the Carolina Panthers.

Having featured in just 6 games for the Saints last season, while Brees was injured, Bridgewater led the team to 5 wins. He finished the season with a completion rate of 67.9%, for 1,384 yards, 9 TDs, and 2 INTs.

Now at the Panthers, Bridgewater has a great opportunity to become a success in Carolina. Under new Head Coach Matt Rhule, along with new Offensive Co-Ordinator Joe Brady, who worked with Teddy at the Saints in 2018, all the right tools are being put in place to help the team progress.

With Christian McCaffrey at Running Back, along with wide receivers D.J. Moore, Curtis Samuel and Robbie Anderson, there are plenty of weapons at Bridgewater’s disposal.  As a new face, he is seen as the right guy to replace Cam Newton, and to take away the teams heavy reliance on McCaffrey. The offense has to take a step forward for the team to seriously compete again in the NFC South.

I believe this can be Bridgewater’s big break, the one he has been waiting for since leaving the Minnesota Vikings. In terms of Fantasy Football, at first thought, you may not get excited about having him as your starting Quarterback. There will be weeks where he will put up big scores, that will potentially help you win your matchup, but he is likely a streaming Quarterback.

We all know how good Todd Gurley has been in recent seasons. His 2018 season immediately comes to mind, and the talent he has. However, that was unfortunately overshadowed last season with his knee issues. Despite these knee concerns he still racked up 1,064 yards from scrimmage in 2019.

Moving back to Georgia, where he played his college football, Gurley will be going to the Atlanta Falcons. A team with a need at the running back position after releasing Devonta Freeman, who struggled with injury himself

There will be plenty of opportunities for Gurley, as the Falcons ran the ball 362 times in 2019. 184 of these carries were logged by Freeman, who also racked up 59 receptions in his 14 games through the season.

Gurley averaged 14.8 carries per game in 2019 with the LA Rams seemingly taking a careful approach with his workload.  I would expect to see a slight upgrade in his usage at the Falcons however. Particularly due to the lack of competition Gurley will face, with Ito Smith and Brian Hill the only other options on the team.

This is a great move for Gurley giving him a chance to move forward with his career. For fantasy football, there will be a cautious approach to drafting him, due to the injury concerns. However, you should be able to target him comfortably as your RB2, and a player with some upside. If Gurley is able to return to form, he could see around 15+ carries per game along with some receptions.

Stefon Diggs, who wasn’t exactly happy with his role with the Minnesota Vikings, was traded to the Buffalo Bills in March. A move that immediately improves the offence and passing options.

However for Diggs, is this really an upgrade for him? Will he Get the role that he craved in Minnesota?

With The Bills expected to play a similar system, and Josh Allen continuing to work on improving his passing accuracy, this could affect Diggs’ output early on. However, he will fill the role as the WR1 on the team, and will likely take a sizeable chunk out of the targets John Brown owned in 2019.

Overall, for Diggs, I feel this is a sidewards step at best, other than an upgrade for him. We will see some weeks where he will put up high scores and weeks where he will be disappointing.  Exactly like he was in Minnesota. I would temper my expectations for Diggs in fantasy football.

Hayden Hurst will begin his new journey in the 2020 season with the Atlanta Falcons, where he will replace departing Tight End Austin Hooper.

After what would be deemed as two disappointing seasons with the Baltimore Ravens, Hurst has got an excellent opportunity to finally prove himself among the league’s top tight ends. In an offense that relies on their passing game.

With Hooper moving onto the Cleveland Browns, he leaves behind his 7.5 targets per game which he had in 2019 along with 6 touchdowns.

With Hurst behind Mark Andrews on the depth chart last season for the Ravens. He had a low 2.4 targets per game, catching 2 touchdowns.

There is no doubt that this is Hurst’s chance to shine and a great move for him. For your fantasy team, Hurst can currently be drafted in the later rounds. With the hope that he can put in similar number to that of Hooper in 2019. While I wouldn’t expect these numbers straight away. If he is given time over the season, he could prove to be a great value pick and a potential breakout candidate for the 2020 season.

So what do you think? When a player changes team it gives plenty of opportunity for change. Reach out to us, you can find us on Twitter, Facebook and Instagram.