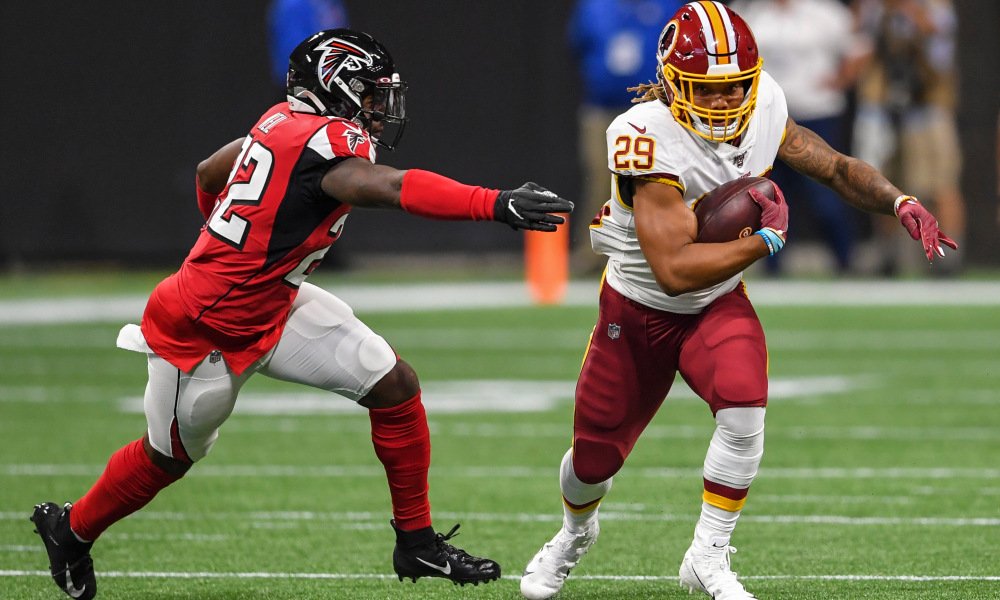 I woke up this morning to a couple of thoughts that I couldn’t shake from the night before, hot takes for 2020. It may only be the middle of June, but with so many aspects of this upcoming season being up in the air, I would like to capitalize on a couple of them.

Let’s start off with David Montgomery. Montgomery showed a glimpse of what he could do week 17 of last season against the Vikings. Nagy finally let Monty have lead on the reigns with 23 rushing attempts and 113 total yards. He showed that he could handle the load, even against the stiff Vikings front seven.

It may seem ridiculous to some when I say that Monty will have 60+ targets this season. Especially when he only had 35 targets last season. leaving Cohen to 90+ targets a season. Montgomery had 35 receptions with an average of 7.4 yards per catch, and only 2 drops. I believe that Nagy gets Monty more involved in the passing plays with RPO this season, which will only increase his ceiling and open up the run game for him.

Coming into this preseason, Foles will win the job, coming in with a career average of 6.9 yards per attempt on passing plays. This will benefit David Montgomery by appointing him as being the check down option. My take, Monty will have 250+ rushing attempts and 60+ targets this season. I feel confident in saying that with this, the talent opinion that I have been riding on since he was drafted in 2019 will finally come to light.

In my prediction, Tyrod shines the first half of this 2020-2021 season, but then falls to injury, which will open the door for Herbert. I think Lynn looks back at the 2015-2016 season and sees what Tyrod did with an offense that didn’t have the weapons like he now has. I am not stating that Woods or Watkins were bad or lacked the talent, but they were both very young in 2015.

When you look at the schedule through 8 games, Tyrod has to run through Kansas City, Carolina Panthers, Tampa Bay Buccanneers, and New Orleans Saints. He will be forced to pass in order to be able to keep up with their defense. Through those games, I believe he will have to throw for 350+ yards a game.

If Tyrod can get inside the RedZone, then his legs can come into play when the defense is forced into focusing on Henry, Allen, Williams, and Ekeler. I believe that he will have more RedZone touchdowns through 8 games than Ekeler does! This will put Tyrod at 7 rushing touchdowns through 8 games. To finish, I have complete faith that Tyrod will come up big for fantasy owners the first half of the season.

Next is Derek Guice. Is a healthy Guice a top 12 RB this season? I believe this is accurate. When he came out of LSU, I thought that he was the safer pick compared to Barkley, with all his hype. Then the injuries came. Tearing his ACL in his rookie season, tearing his meniscus and ultimately spraining his MCL, ending his 2nd season. There was talk about him being an injury risk. But when you look back at his history, he was injured once in college, sitting out for one game. Every knee injury has been on his left knee. He will be stronger now, since he has been pushing the weights on his lower half by squatting 585 pounds. I believe this year will be Guice’s full breakout season.

Looking at his college stats, with 3 years in college he had over 1200 rushing yards twice. As a freshman, had 51 attempts for 486 yards and averaged 8.5 yards a carry. When it comes to catching passes, Guice only had 32 receptions in 3 years. But then we move on to last season, where he played 5 games and had 42 attempts for 245 yards and 2 touchdowns, and 7 receptions for 79 yards with 1 touchdown. He was on pace for 134 rushing attempts for 784 yards, and 22 receptions for 252 yards. It can be argued that that is not top 10, or even 25 RB stats, but he was also in an offense that had 3 different starting QBs, one of them being a rookie. Guice did show his talent on the 50-yard reception touchdown against the Jets last season though.

My prediction, I think they lean on him this year for over 50 receptions for 587 yards with 4 touchdowns, and 190 rushes for 1100 yards with 12 touchdowns. I mean, it’s his third year in this offense, and Haskins has a feel for the pace of play. Also, the Redskins D is Top 5, which will help to support the offense.

Let’s move on to Hayden Hurst. Hayden being a top 5 TE is very intriguing. He comes into a position that Hooper exceled in, but also had no other competition when it came to another TE. Even missing 3 games, Hooper was TE #6 in full PPR leagues. Now that door is wide open for Hurst, a first-round draft pick coming in to show why he was drafted there in the first place.

Freeman was a great pass catcher in Atlanta, and I know that Gurley was brought in, but Atlanta has 258 vacated targets open. Let’s just say that Gurley gets his season high from 2017 with 87, that still leaves 171 targets. The most Hooper had in a season was 97 targets, so that leaves 74 targets to distribute. Divide that 4 ways, and that is an extra 18 targets for each player. Hurst, with Hooper’s season high of 97, with those added 18 targets, is 115 targets. Say he catches 88 of those, then that would put him at 88 receptions and 923 yards with 7 touchdowns. With that being said, this would give him 3 more receptions than Kittle last season. I think when it comes to start up or redraft, Hurst will be taken later in the rounds of the non-TE premium leagues. I am looking for Hurst to be that break out candidate for people this year, and a possible league winner!

Last, is Rex Burkhead, who leads with points in New England?! To start, we cant forget about James White and Harris. With Brady no longer at QB, the days of him checking down to White are over. There is also Sony, who had surgery on his foot. With his timetable unknown, this will open the door for Burkhead. I know that with Harris being a 5’ 11” 213lb back from Alabama, that can be appealing. But I believe that Bill will put the ball into veteran Burkhead’s hands this year. I know Burkhead only had 65 rushes for 302 yards with 3 touchdowns, but he also had 27 receptions for 279 yards. With Sony gone for an unknown period of time, that opens 20 targets. Without Brady, I do not think that White will have 95 targets again.

The Patriots didn’t add any WR help in the draft. They did, however, draft two tight ends on back to back rounds. We all know that it can take up to 3 years for a TE to fully develop. So, still asking why? Look no further than the Patriots defense. It is one of the best in the league, so the games are always going to be close. This opens the door for Burkhead to have close to 180 rushing attempts, and I am saying 60+ receptions with 11 touchdowns all together.

Burkhead may be one of the players that goes undrafted in leagues, since people are going after Harris and White during the drafts. But I predict that he is about to breakout in his 8th year in the league.