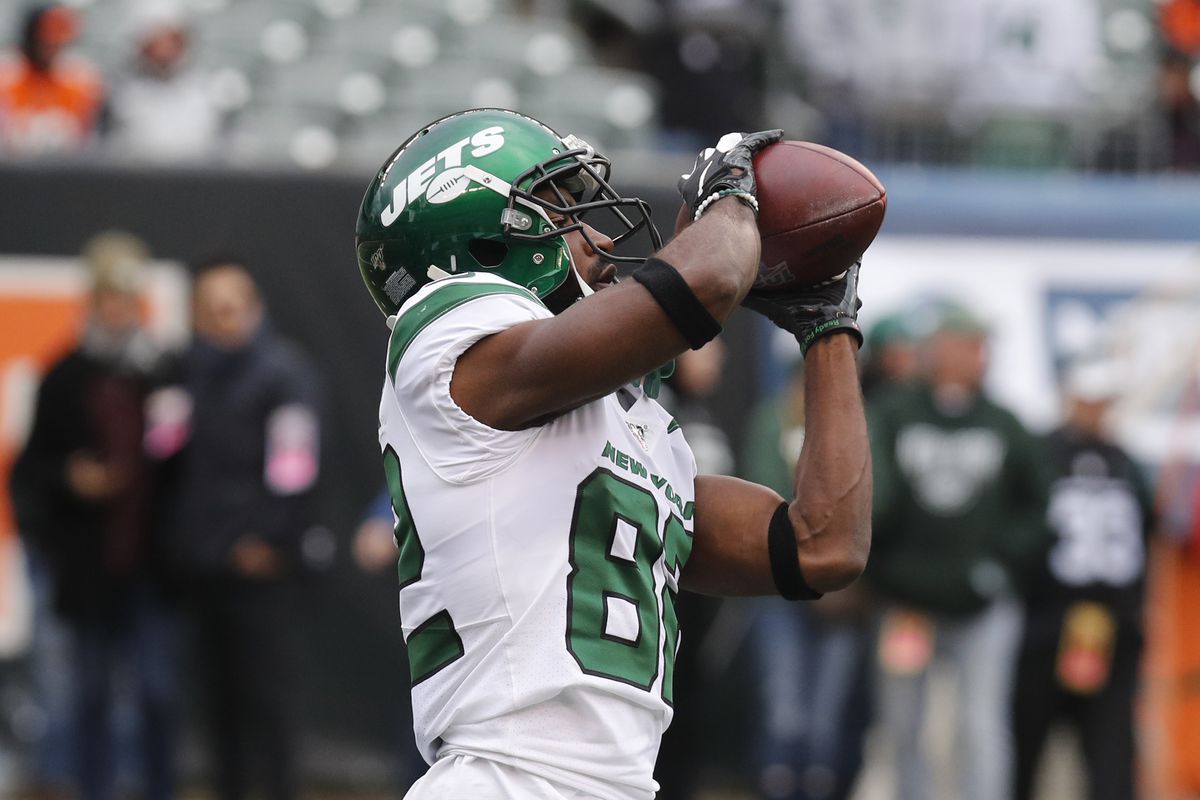 We are back with three 2020 dynasty buy players. The key to having a dominant team in dynasty fantasy football is buying players when their values are off by false narratives or incorrect valuing by the dynasty community. Here are three players who are slam-dunk trade targets to take your competing team to the next level!

Jamison Crowder was dominant in PPR leagues. In 2019, he had 122 targets (14th most in NFL), 24.7% team target share, and finished as WR26 overall in 2019. Also, the Jets drafted two O-lineman in the 2020 NFL draft. The Jets picked one with the 11th pick in the NFL draft and the other O-Lineman was drafted in the 4th round. The additional O-line help will allow a monoless Sam Darnold to have the protection he needs to thrive on the Jets.

The best part about Jamison Crowder is you can trade for a 27 year old, productive WR, for a 2021 2nd. In PPR leagues, that is a steal for contenders. In a 12 team PPR league without TE premium, I traded away Ian Thomas and a 2021 3rd for Crowder. Go get him now!

Russel Gage is the new WR3 for the Falcons. The Falcons threw the ball 44 more times than any other team in 2019 and was in the top 5 in attempts in 2018. We should all want a piece of that offense, and Gage is the piece you can afford!

In weeks 8 through 17 (after the Falcons traded Sanu), Gage scored 10 PPR fantasy points a week and would have been WR34 in 2019 when looking at prorated fantasy points. Also, looking back to 2018, the Falcons were able to have 3 WRs in the top 36. The Falcons can easily do that again in 2020.

The best part about Gage is he is practically free. You can acquire Gage for an early 4th round 2020 rookie pick. Also, you can trade for Gage with a 2021 3rd as well as a 2021 4th (seen multiple times). All these trades are worth sending, so get Gage!

David Montgomery has become the unsexy pick in dynasty start-ups even though he has only been in the NFL for 1 year. In 2019, Montgomery was 13th in carries (242 carries), 20th in weighted opportunities (weights targets more than carries), and was 17th in touchdowns per touch.

The main argument against David Montgomery is he was not efficient with his touches, which was correct in 2019. He was 56th in True YPC (discounts all rushes over 10 yards), #109 in fantasy points per opportunity, and 60th in yards created per touch (after first evaded tackle, but this does not tell the entire story. Montgomery only averaged 2 yards before contact, which was 26th in the NFL. His O-lineman did not giving him space to run. The O-line should improve in 2020 with Kyle Long (G) returning from injured reserve. Also, Nick Foles provides excitement for the Bears because the offense could improve when he is the QB. But the main reason David Montgomery is worth buying is his price.

Montgomery is currently going as RB22 according to DLF Dynasty ADP, even though he was RB24 in 2019 and is just 23 years old. Also, you can acquire Montgomery for a 2021 1st or a late 2020 1st round pick. In a 14 team league, I traded the 1.10, which became Jerry Jeudy, for David Montgomery and Eric Ebron. Go out and get David Montgomery before his price starts to increase (it already has some).

Always be on the look out for value players. Looking at previous production and expected trends is a fantastic start. Do you have any more dynasty buys? Let us know. You can find us on Twitter, Facebook and Instagram.