Using your Flex To Help You Win 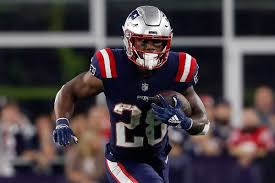 I’m sure your league uses at least one flex position, and to win, you need to determine how best to fill that position. It’s a depth piece, and means you need to rank players across positions. But, you need to have the player on your roster in the first place. So who do you target? Let’s have a look at some historical data to work it out.

Flex To Win: What Counts as a flex?

In the case of most leagues, unless you were able to fully load up in a position early, you are looking at RBs or WRs that have finished between positional rank 25-48. While I understand that doesn’t fit all leagues, I had to draw a line somewhere, and it does fit the majority of leagues.

So, using our stats database (included in our MVP and HoF Fantasy 101 packages) which has game-split information for all seasons going back to 2015, I grabbed the scoring for the RB & WR positions and took the average throughout the years.

Standard leagues are all about yards and touchdowns, so running backs would be the better flex play wouldn’t they? Looking at the fantasy finish for RB’s and WR’s though that isn’t the case.

Infact, it is the WR position that is more valuable in standard leagues. And it has a shallower drop-off that the RB position. The drop-off makes entire sense. Outside of the starters at the position, the touches (and therefore the points) are just not there.

WRs being more valuable, also makes sense when you consider how most NFL teams now run their offenses. Outside of a handful of players, running backs in particular share snaps on the field. Whereas, at the wide receiver position there are likely 64 receivers that are going to see the field for the vast majority of the snaps.

Flex To Win Standard Summary: You should be looking to WRs to fill your flex position, rather than a running back. If you are playing more than one flex position then you should look to mix in the positions as follows;

The story doesn’t change too much in PPR leagues either. Infact the drop-off of points narrows in the RB slightly, and widens with the WR position.

However, what is even more interesting is that it actually becomes more valuable for you to play receivers in your flex position. Following on from the analysis mentioned when looking at standard scoring this makes sense.

Typically, you aren’t really giving a bump in value to running backs- you are just changing the type of running back that becomes more valuable. Receiving and third-down backs become more valuable, which relief backs that might have more carries and yards on the ground lose value.

However, receivers become more valuable as you are now able to utilize those PPR machines that move the chains, but players that don’t rack up the yardage totals you need for standard leagues. For example, the likes of Cole Beasley and Larry Fitzgerald aren’t that valuable in standard leagues, but they are valuable where receptions are rewarded.

In summary, this shows the importance of getting a running back early in the draft. The drop-off of scoring outside of the top 24 at the position is huge. At that point, you are (generally) better having a wide receiver in your flex position- especially if your league has more flex positions.

When setting your lineups each week, however, take into account the individual situation. Many times your RB might be the better play, either as they are projected to score more points, or you need less volatility.