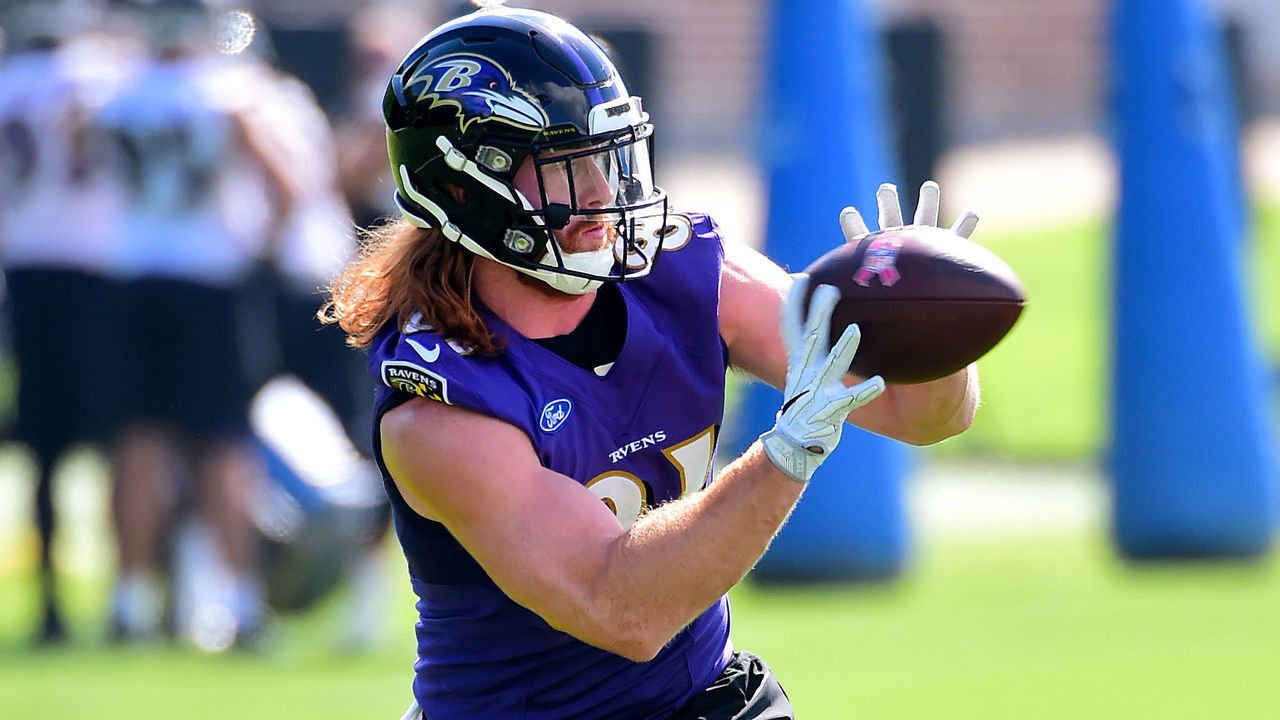 Evaluating players in new situations is very important for fantasy football players, and one of the more exciting new situations is Hayden Hurst on the Falcons. The Falcons traded a 2020 2nd round pick to acquire Hurst after Austin Hooper signed with the Browns in free agency, but how does Hurst fit on the Falcons? In this article, I am going to talk about the similarities between Hooper and Hurst, and my 2020 expectations for Hayden Hurst on his new team.

Hooper and Hurst have similar speed scores, while Hooper had a higher agility score. Both players have very similar workout metrics, so that can’t be used as a negative for Hayden Hurst going to the Falcons.

Hooper and Hurst had similar stats across the board (with the exception of routes run). Hurst gained a slight bump when looking at TDs per route run, but it is minimal.

So really, are the two that much different?

Expected volume in 2020 for Hayden Hurst

The final piece is how much usage will Hayden receive in 2020. Looking back at previous seasons in Atlanta;

There are plenty of opportunities for the position each season, with a growing share of the offense in Atlanta. A major reason for that is the increased pass attempts, due to poor defensive displays.

For the purposes of this section, I am going to use the 2018 stats because none of the WRs were hurt that season, unlike the 2019 season where Calvin Ridley missed time.

By using the 2018 targets that Hooper had in 2018 (88 targets) and Hurst’s 2019 Fantasy PTs/Target, Hurst would be around 169 fantasy points, which would have been TE7 in 2019. There is plenty of usage for Hurst even with Julio and Ridley getting theirs.

I see Hurst jumping into Hooper’s role and being a TE1 in 2020 and beyond! They have had very similar fantasy points per route run, but the usage difference has been what is holding Hurst back! Do not sleep on Hurst in 2020 and dynasty!