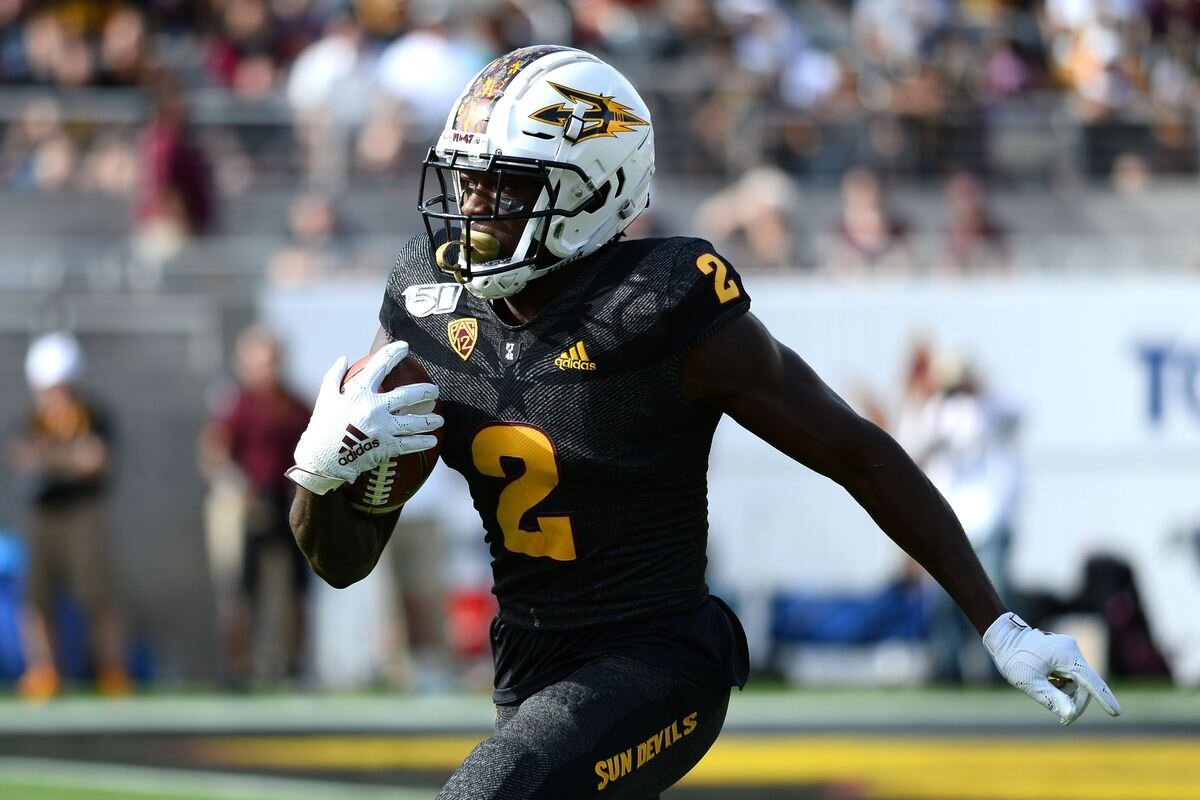 The NFL draft feels like years ago, and in a strange start to the season, there might not be a lot of early impact rookies. With that in mind. I am going to take a look at some rookies who I feel could make an impact this season. Both for their respective teams and your fantasy roster.

With the NFL Draft seeming like a life time ago, rookies across the league are signing their new deals.

As the season approaches, we all agree that it has been a build-up like no other. Stemming back to the draft itself, which at one stage we thought would be delayed. The NFL ended up pulling out all the stops and we had the very first virtual draft.

Now, the concern is, will there be a season, and if so, what sort of training camp will be had. With confirmation that there will be no Pre-Season games as part of the season build-up. I do think this will affect the rookies bedding in period. These games are a good way to introduce the players to the league. These games are often used as “tune-ups” to prepare them for the new season ahead.

Brandon Aiyuk, drafted in the first round by the San Francisco 49ers, played his college football for Arizona State. In his 2019 season, he saw 65 receptions for 1,192 yards and 8 touchdowns over 12 games.

What strengths did the 49ers see in Aiyuk that made them want to pick him in the first round? Well, one of the best aspects of Aiyuk’s game is yards after the catch. With his shiftiness and ability to stretch the opposing defenders, Aiyuk is a big play waiting to happen. Brandon Aiyuk logged a total of 710 yards after the catch, averaging out at 10.9 yards per reception.

In terms of big playability. 6 of his 8 touchdowns in 2019 were for more than 30 yards including a 77-yard touchdown versus Kent State.

The situation he has going into the 49ers has also changed with the foot injury obtained by Deebo Samuel. While Samuel himself feels he will be back for the beginning of the season, he will miss out on training camp.

This will give Aiyuk the opportunity now to work closer to Jimmy Garoppolo and of course see more snaps out of the block. Going back to his big-play ability, this is something that Head Coach Kyle Shanahan will thrive on when play calling. Having already stated that Aiyuk can fill the void left by Emmanuel Sanders who moved onto the New Orleans Saints.

In terms of fantasy value, Aiyuk’s current ADP is 11.12 which may trend up as we go into training camp. For me, he is certainly worth his current price in standard PPR re-draft leagues.

With D’Andre swift being picked up by the Detroit Lions in the second round of this years draft, many people were disappointed with his landing spot. Concerned about how he would be used in this offence and also facing the competition of Kerryon Johnson.

Coming out of college where he spent his time with the Georgia Bulldogs, Swift logged 1,218 yards off 196 attempts along with 7 touchdowns in his senior season. Along with 24 receptions for 216 yards and 1 score.

Leaving college and after the NFL combine back in February, where he logged a 4.48 time in the 40-yard dash. Swift was the number one running back on many teams lists. However, it was clear before the draft that the position itself would likely fade out of the first round. Where only one running back got selected (Clyde Edwards-Helier).

Over his college career he has shown us that he is a strong, determined “three down” runner. Showcasing great acceleration and burst out of the backfield, helping him find separation from defenders.

Joining the Lions, I do see him going into a running back by committee situation, certainly to start off. However, he will see game time early on and as he progresses he should see the lion’s share of carries. With Matt Stafford under centre, we will also see Swift get some opportunities in the passing game, where some felt he was not utilized enough in college.

His current ADP is 5.12 in your standard PPR re-draft format. While this may seem high for a rookie who will likely be playing in a committee, with patience I feel the move of drafting him in around the end of round 5, start of round 6 may pay off over the season.

After 101 receptions for 1,275 yards and 11 touchdowns in his senior season for USC, Michael Pittman Jr. was selected by the Indianapolis Colts at the start of the second round of this years draft.

With the wide receiver draft class being quite deep this year, there were a lot of names thrown about, as too who would be the top receiver coming out of college. Many people sided with the likes of CeeDee Lamb, Jerry Jeudy or Henry Ruggs III with Pittman Jr. flying a little under the radar. This led to him falling nicely into the Indianapolis Colts lap.

With Pittman, the Colts have gotten a wide receiver bringing good athleticism to his game and he is a strong physical receiver. He tracks the ball well when it’s in the air and shows great hand strength for the catch with very little drops throughout his college career. Standing at 6’4” he also possess’ a great catch radius.

He joins the colts receiving core alongside TY Hilton and Parris Campbell, with new Quarterback Phillip Rivers under centre. After all, in 2019 he logged the most deep catches of 20 yards or more in the PAC-12 with 12 in total. He will also be seen as a useful Redzone target with his tall stature and physical presence.

From a fantasy football point of view, Pittman’s current ADP is 12.12, so look at him as a later round sleeper with some good upside. Particularly if he and Phillip Rivers build a good rapport early.

The last guy I want to look at is Anthony McFarland Jr. Who spent his college career with the Maryland Terrapins who played in the Big Ten. Over his 2 years with Maryland, he logged 1,648 yards rushing and 12 touchdowns. Of which 614 yards were logged in the 2019 season in 11 games.

The Pittsburgh Steelers selected McFarland in round four of this years draft. Adding depth to the running back unit, led by James Conner. Conner has had his fair share of injuries over the last couple of seasons. That leads me onto Anthony McFarland Jr. as a rookie who could see some opportunity this upcoming season.

McFarland has shown from his college days that he his quick and elusive, and can be hard to tackle when he breaks into the open field. His quick acceleration gives him the ability to break free and therefore has that potential to provide some big plays, while he wasn’t used often in the passing game, he will have the chance to progress in this area, particularly playing alongside Ben Roethlisberger when given the chance.

Admittedly, McFarland has a lot of work to do to progress himself as a player in the league. He also has plenty of competition around him, with his ADP at 13.04. He might fall a little further than that, and could well be worth picking up, if you want to handcuff him with James Conner.

While there will be plenty of other rookies who will have great opportunities going into the 2020 season, I could easily have picked out some obvious guys here, Burrow, Taylor etc.. however the guys mentioned above might just be able to play their part for you this season.