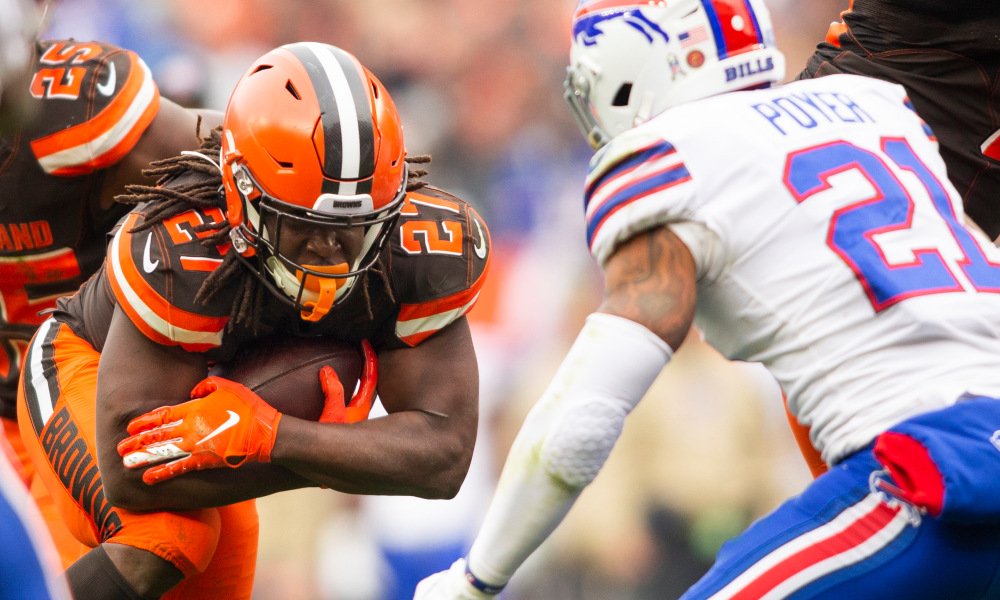 If you are mid-draft this year and find yourself in a Zero RB strategy, you are going to need targets and there are plenty in 2020. Every year there is a clamor about how zero RB or zero WR is the best strategy to win your league. And normally I am a proponent of the best player available and don’t buy into specific draft strategies. However, this year may be the exception. It seems the general consensus is to hammer RB early and often. Which raises the question is this the year to zag and go zero RB?

Now a true Zero RB strategy is very much down to the individual what that means. Some would argue you don’t take a RB until round 5. Others would say it means sitting out just three rounds. For this article, I’m going to be looking deeper and highlighting RB options that are going later than 75 in ADP. This is roughly players going in the 7th round or later in a 12 team PPR league.

Before I dive into specific targets I want to talk to you about what I look for in players I’m targeting as a later round RB target. There are three criteria:

I only play in PPR leagues and as such targets are more valuable than carries. Every year there is a non-workhorse back that cracks the top 12 at the position, off the back of elite pass-catching ability. In 2019 it was Austin Ekeler, 2018 James White and Tarik Cohen and 2017 Duke Johnson. If you can identify a high target floor you’re halfway to a solid late-round RB.

Any backfield that doesn’t have one clear workhorse back has the opportunity to pop. When highlighting late-round targets I don’t want to focus on a handcuff that is reliant on an injury to produce. Ideally, I’m looking for a backfield that has no clear alpha. That gives an opportunity for one player to take hold.

This is simple- better offences score more fantasy points. There is a higher TD opportunity and also more touches available.

Kareem Hunt is my favorite zero RB target. He ticks all three criteria easily. He has proven through his career that he is an elite fantasy producer when given the opportunity. In his rookie year with the Kansas City Chiefs he finished as the RB4 and in 11 games. In 2018 he finished as the RB12 but was 8th in PPG.

Last year he was sharing a backfield with Nick Chubb and down the stretch was a usable piece averaging 12.7 PPG. As well as putting up double-digit points in weeks 10-15. Hunt has the potential to be a solid contributor as an RB2 for your team. But if anything was to happen to Nick Chubb he would very quickly become a top 10 back. At RB30 in the 7th round that’s a steal for me.

A lot has been discussed about the Buc’s backfield. The general consensus is that a Bruce Arians offense, with Tom Brady at the helm, will produce an elite fantasy back. It’s just a question of which one it will be.

You have the rookie Vaughn or the vet Jones. Jones is yet to produce what was hoped of him as he enters his third year. I could write a 1,000 words about which one is the best one to take but to me it’s all a waste of time.

Why not just take both? There is a slim chance they end up cannibalizing each other and neither is a usable asset on the season. But throughout his career, Bruce Arians has preferred to utilize one RB. If you take both you are looking at an RB2 with RB1 upside when the Bucs decide which RB they want to utilise.

NOTE: LeSean McCoy has been signed by the team too, and is worth a late round flier. However, his ADP is currently unreliable and so has been excluded.

Just to be 100% honest upfront I love Tarik Cohen. I own him in almost all of my Dynasty leagues. He led me to several titles in 2018 when he finished as the RB11 on the season, despite having a preseason ADP in the 8th round.

Cohen had a down year in 2019, but then so did the entire Chicago Bears offense. Despite that, Cohen still had the opportunity to see 104 targets (13 more than the year before). That is why I am more than happy going back to the well again this year.

Even if you predict a bump from the WR2 in Chicago (Anthony Miller) Cohen is going to see 90+ targets. Add that to any carries he gets and that sort of volume at his current ADP is criminal. You can get Cohen as your RB4/5 in most drafts yet he has RB1 upside in any given week.

Based on my earlier comment about ideally not wanting to draft handcuff’s may be confused by my selection here. This is where I think the general consensus is wrong.

People seem to think the Philadelphia Eagles backfield will be Miles Sanders’ to run away with. People think he will be utilized like a true workhorse, with Boston Scott filling the true handcuff role.

But, if you dig into the stretch run last year, the stats tell a different story. In the final 4 games, Scott saw over 6 targets in every game and averaged 20.5 PPG.

This is all whilst sharing a backfield with Miles Sanders. The Eagles offense should see a resurgence this year with additional bodies in the receiving room. With an ADP in the 13th round, I’d be delighted to add a back that offers a solid receiving game floor in a good offense.