Hit enter to search or ESC to close
Best BallNFLStrategy 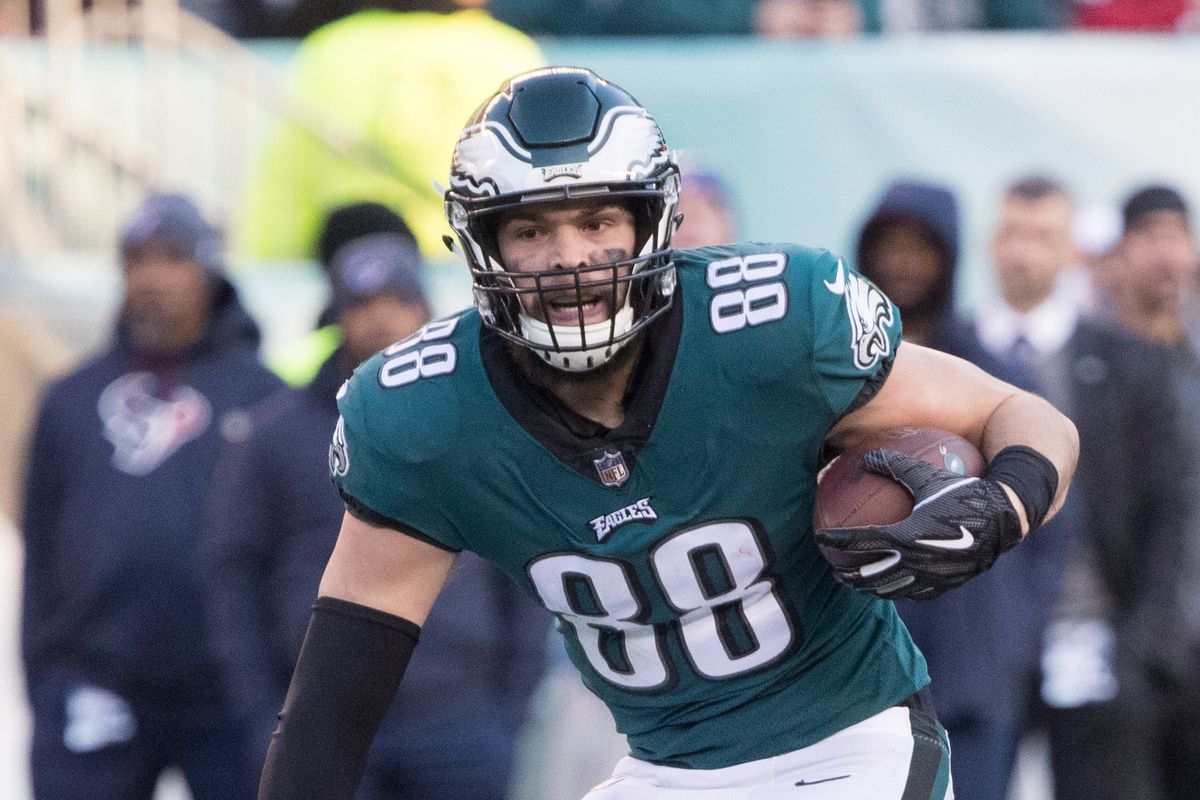 I’ll be totally honest, I don’t know what to think about the tight end landscape in 2020. You’ve got the elite at the position- Travis Kelce, George Kittle and Mark Andrews. Then you’ve got a couple of guys that could be effective for fantasy, but have question marks over them. Finally, you have a group of guys that haven’t done it yet but have the opportunity to do it. So what should we do with the position and what’s the best strategy?

The biggest thing about tight end, compared to other positions is that there are really just a handful of good options. Then there is just a big bunch of players that are just meh, forcing teams to stream the position.

I looked back at how many players have scored over 10 points, on average, in a normal 0.5 PPR league;

So, in an average 10 person league there has been one (or normally less) TE for each team that has scored over 10 points. That just means that the supply doesn’t meet demand.

2020 Tight End Landscape – Availability of Players: Simply, there aren’t enough (reliable) players to go around a normal league. Meaning, that it might be beneficial to try and take a tight end before the reliable players have all gone.

But I can stream?

The answer is yes you can stream the position. There are enough players each season that score ten points at the position. In fact, there have been over 50 different players that have scored more than 10 points each season since 2015- which seems like a lot.

But when you consider that is 50 players for the season and there will be alot of those that just appear out of nowhere to score a touchdown, putting them in with a great shot of scoring double-digit points.

For example, Demetrius Harris had a double-digit game last season, but are you going to put him in your lineup? Doubtful. So you actually, one you discount those players that have only had more than three double-digit games, the number falls to just under 20.

2020 Tight End Landscape – Availability of Players: So really, there aren’t alot of streaming options across the season. So it might be best to try and get a reliable option.

So, if you aren’t going to take one of the more ‘sure-thing’ options (by that I mean Kelce, Kittle and Andrews) then what should you do? A strategy that I don’t mind at all (especially if you have a large enough bench) is taking two stabs at the next break-out TE. So, who are some guys to target?

Hurst is stepping into a great role in Atlanta’s offense. The team have one of the worst defenses in the league, meaning plenty of pass plays. Combined with the fact that the team let Austin Hooper walk out of the door, there are alot of targets up for grabs.

There are some doubters saying that Hurst was moved on by the Baltimore Ravens, but being behind the elite Mark Andrews, the team felt best to cash him in for a second round draft pick.

Goedert had a good season last year, building on his rookie season, as the Philadelphia Eagles struggled with having any receivers. Well, despite taking some in the draft, it looks like history might repeat itself.

Alshon Jeffery looks like he is going to miss time at the start of the season, and DeSean Jackson could well be cut. While that will lead to some opportunity for rookie Jalen Reagor, it’s likely that the team will lean on their TE duo of Goedert and Zach Ertz.

Jarwin is a name that has been doing the rounds in certain circles, and for good reason. The Dallas Cowboys will have a potent passing offense with the weapons that they have on offense- but there is still room for Jarwin.

Jason Witten and Randall Cobb left plenty of targets when they left, and Jarwin was able to show flashes of brilliance when he was on the field.

I’ve also got some real deep shots. These are guys that are even more of a long shot. I’d be ok taking one of these guys late as a guy who could end up being trade bait.

Smith is part of a Vikings offense that has had Kyle Rudolph at the top of the depth chart at the TE. However, Smith had great production in his limited time on the field. With Stefon Diggs leaving and the defense losing some personnel, this could be a breakout season for the young TE.

Green Bay hasn’t been a pool for fantasy TE options. However, there haven’t been a lot of talented players taking up that position on the field. Someone has to catch the ball in the Packers offense, especially with new signing Devin Funchess opting out of playing this season. Could it be Sternberger?

There is alot of hype around Tyler Higbee being the fantasy TE to own in the Rams offense. But I’m not completely sold that it won’t be a split of duties, especially if the team continues running two TE sets. Everett could end up being the pass catcher, with Higbee operating as the main blocker for the team.

So, what does this mean for your draft day strategy? Simply, don’t sit and wait on tight end if you don’t need to. If there is a talented player there, feel free to go out and grab him.

You could end up with a piece on your roster that puts you firmly in control when entering trade discussions.