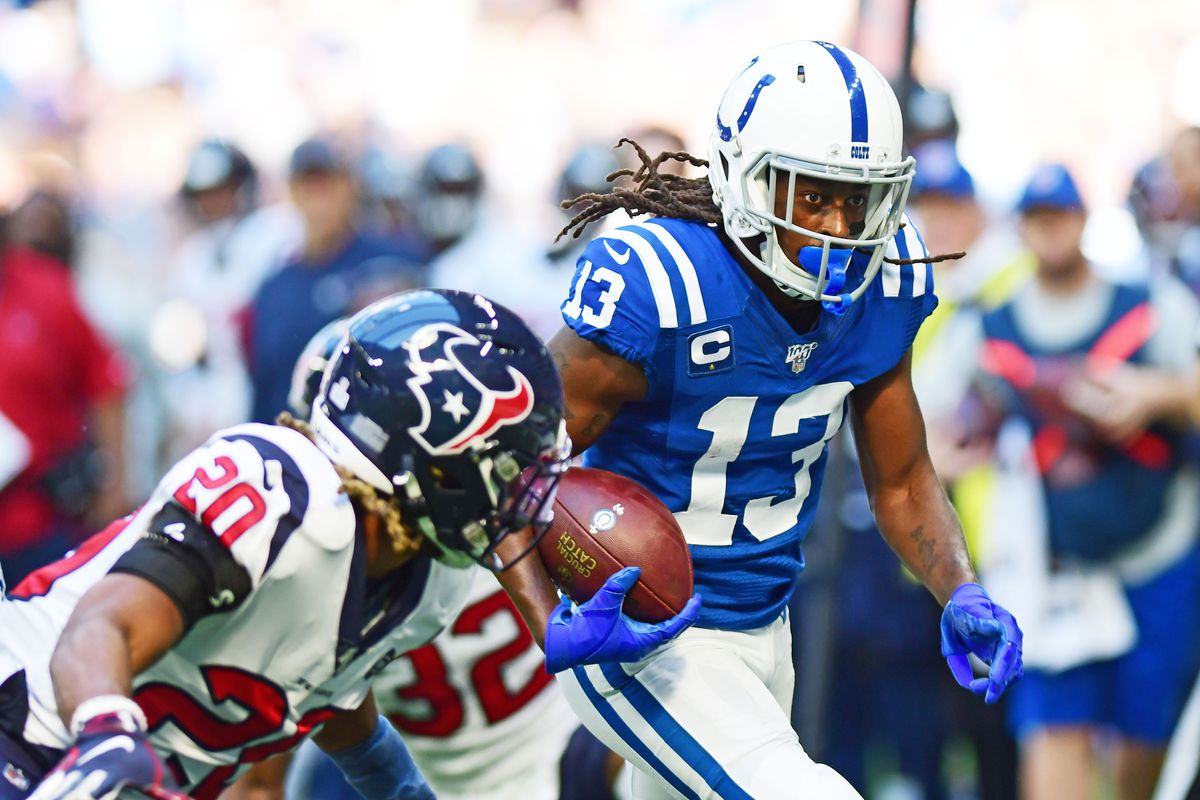 The Indianapolis Colts seem like a team primed with dynasty buys. With the players being back in training camp and just a month to go before everyone is playing you might be about to do your dynasty drafts soon.

The Colts have been a pretty average team over the last couple of years but now that they have a solid QB in Phillip Rivers they have the missing piece to help them become much more successful. Not only does the Rivers acquisition mean they will be more successful but they will also be more attacking which is exactly what every fantasy player wants.

Why would I take a 38 year old QB in dynasty? Its an understandable question given Phillip Rivers age but he is still a more than capable QB.

Obviously you will only get a couple of years out of him but the draft capital you will spend on him is barely anything. Currently, he is not going in the first 15 rounds in dynasty drafts. Not only does this represent a steal but also it means he doesn’t have to be your first choice QB.

Last year he finished as the QB15, this year he has a much improved offensive line and a lot of exciting talent around him. He provided Austin Ekeler with so many dump off passes he finished the RB7. This year he has Marlon Mack and Jonathon Taylor who can do the same for him. Also, Rivers loves to throw a deep ball and with T.Y Hilton and Michael Pittman Jr he has speed and size to aim at.

The fact that the Colts went out and drafted Jonathon Taylor does show that they obviously don’t think that Marlon Mack is the future. Taylor looks like an absolute beast of a man and had some great college production. He is currently going at 6.07 in dynasty drafts and given that he will be the main guy next year he represents some great value at that price. If you take some running backs in the first three or four rounds he can sit on your bench till he becomes the starter.

Mack will be involved this year but you have to expect his production to go down with the arrival of Taylor. He rushed for over 1,000 yards and had eight touchdowns last year and you have to feel someone will pick him up after his time with the Colts. The whole point of dynasty is that you play the long game with some players and he might be one to play it with. His current dynasty ADP is lower than the 15th round and so he would be worth a pick up just to stash him away for the future. It might not come to anything but at that price its worth a punt.

T.Y Hilton has been around for a while now but is still more than capable of producing for your dynasty team. Although he didnt produce great numbers last year, mainly due to injury, he is someone you want. Hilton has averaged over 1,000 yards every year and around six touchdowns. His current dynasty ADP is 4.10 so if you are looking for a second wide receiver for your team then he would be a great one to have. Also, with the addition of Rivers and that great o-line he will have plenty of time to get free and pick up lots of yardage.

Along with Hilton the Colts have got new draftee Michael Pittman Jr to play on the opposite side. Pittman Jr is a strong big bodied wide receiver who has a great catch radius and some impressive speed. Obviously it is still slightly unknown how he will translate into the NFL but he will see plenty of action in his first year. His dynasty ADP is 13.04 which is a nice low price for a wide receiver that you could have in your team for many years to come.

Also the Colts have got Parris Campbell as their slot receiver this year and you would hope for some improvement going into his second year. His ADP is 11.07 which is a bit high considering how much he struggled to stay fit last year. He is someone that you might want to consider for your bench as a solid option but he doesn’t represent much upside.

Doyle is now the number one tight end in Indianapolis after a couple of years sharing the job with Eric Ebron. The 30 year-old will see an increase in usage with Ebron gone but it will be difficult for him to become a top ten guy. Having said that his ADP is lower than the first 15 rounds and Phillip Rivers has always liked using a tight end so he would make a good choice for anybody’s dynasty team.

How many should I take?

No-one is saying that you should fill up your dynasty roster with the whole of the Colts squad but you should be looking to take a couple. A lot of people like to have a QB/WR or TE stack and picking up Phillip Rivers and Jack Doyle wouldn’t cost you much. Both go past the 15th round in dynasty drafts and Rivers loves to throw to his tight end.

The options look very good when it comes to the Colts in the next few years and you don’t want your team to be missing out!