Hit enter to search or ESC to close
IDPNFL

Late Round LB to Target in Redraft 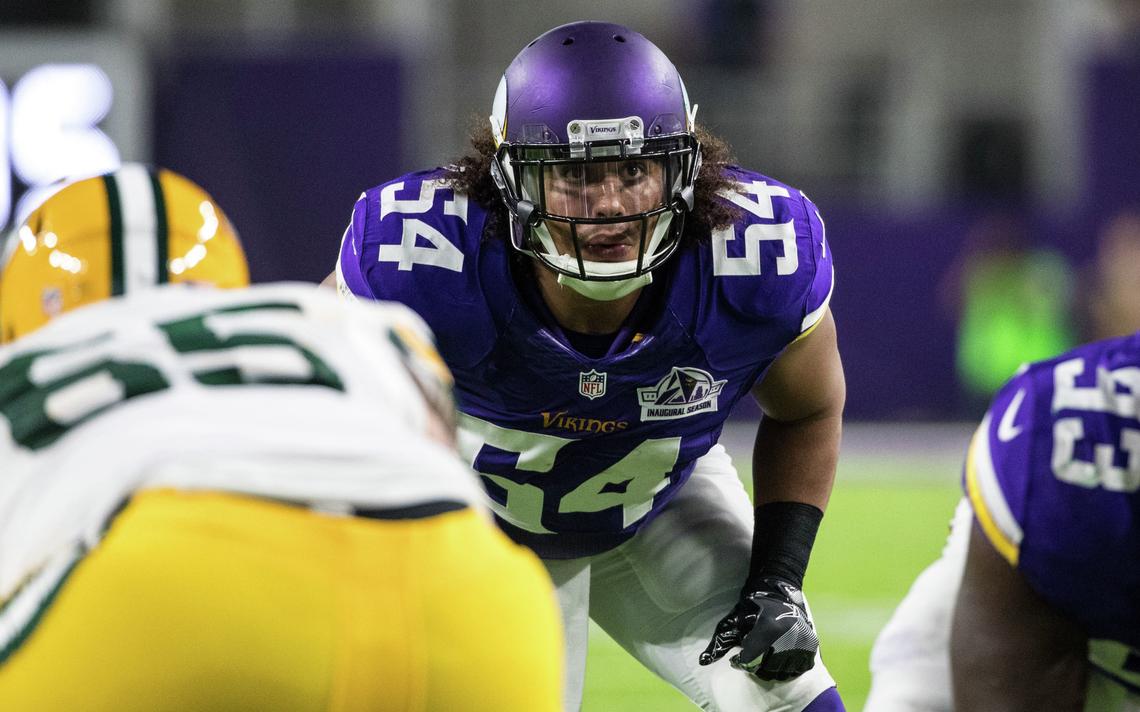 Everyone knows the top guys to go after, but late-round LB has gems to target in redraft. It could be that you chose to fade IDP a little or just need some late-round depth here are 10 guys to target! These 10 will be guys who are being drafted after LB 20 according to Consensus rankings on Fantasypros.com. Remember you can check out our rankings here.

Always seems to finish around LB 20 so I guess that’s why he is being drafted at that position. Over 100 combined tackles in each of the last 4 seasons. 2019 he had 70 solos and 110 total tackles. With the loss of Griffen I expect Kendricks tackles to increase. Snap count is another reason why he is being drafted after LB 20 and its because of his snap count (87%). With Griffen gone his snap counts may increase as well. Always consistent on a week to week basis. A good depth piece.

Only 23 years old he broke onto the IDP scene last season. Started 15 games and finish the season with 76 solos and 126 total tackles. Mixed in 3 TFL(tackle for loss) and 1.5 sacks. Ended the season off with 97% snap count. I think we can only expect his stats to rise in his 2nd season as a starter. Dolphins offense is not the best and its always good to have defenders on the opposite side of a so so offense.

Another late draft pick that is worth the pick. Started 9 games, had 50 Solos and 70 total tackles. Thats a 16 game pace of 89 solos and 125 total tackles. He did only play 9 games due to an elbow injury last November. With the edition of Robert Quinn to the bears front 7 that is another lineman that will draw attention and open up more free space to rush the QB or just plug up the middle for some easy tackles. Late round guy that could easily out produce his ADP.

A consistent force in the middle of the bills defense. He does have a few other stars on his defense (Edmunds, Poyer), but those guys cannot make all the tackles. Last season Milano racked up 65 solos and 101 total tackles to go along with his 1.5 sacks and 1 FF (forced fumble) and 1 FR (fumble recovery). In the middle to late rounds you want a guy who will produce and Milano is one of those guys. Milano logged 86% of the snap counts and that is up from 73% in 2018. 26 years old and entering his prime years!

2019 was Evans 2nd season in the NFL and he was a full time starter. Evans logged 86% of the snaps in 2019 and there is no reason that will not go up. Evans racked up 69 solos, 111 total tackles to go along with his2.5 sacks, 1 FR and defensive Touchdown. On thing multiple coaches have brought up this off season is how they expect Evans to rush the passer a lot more than last season. Could be a big upgrade to his stats if they keep him in the middle but allow him to roam free to attack the QB once in a while. Evans is the young star on the Titans defense who is poised for a breakout season!

So Jack didn’t have the best season last year while only playing 11 games. He is due for a bounce back season. He is moving back to his natural position OLB with the addition of Schobert. Even tho Schobert coming to the Jaguars seems like a bad thing for Jacks stats on paper, I think it helps free him up from being the number 1 focus of the teams offense. Jaguars defense really had no one outside of their defense line who was fantasy relevant. Schobert is going to free Jack up to roam the field more and rush the QB more than he has the last 2 seasons. Jack is going super late and even going undrafted in smaller IDP leagues.

My first of 2 rookies on this list. Obviously for Dynasty Simmons will be going pretty high but in redraft he will be going very late for the immediate impact he could have. Cardinals do have a lot of star power on their defense but Simmons should mix in nicely. Coaches have already confirmed that his time and energy will be spent working from middle LB position. Thats not to say they won’t ever use him creatively but its nice to know that their focus is having Simmons play in the middle. Go watch some of his college highlights to see if he’s worth drafting to you. Definitely worth a late pick in mostly all IDP formats.

McKinney is a Solid OLB to snag in the later rounds. Nothing to flashy just a “Get Er Done” type of player. Only played 14 games last year, still cracked 101 total tackles. Had 4 TFL, a sack, 1 FF and 2 FR. You could do a lot worse when drafting this low in redraft leagues but someone I would hang my hat on if you need late LB depth.

Murray is my 2nd rookie on this list. Chargers must love Murray because they moved up in the first round to take Murray before the Ravens could. Chargers LB core is terrible right now. He should be an every down LB right off the bat. Chargers offense should be mediocre at best which will lead to the defense being on the field a lot. There is not too many rookies that I will be taking in redraft leagues but Murray is one I’m willing to to take a chance on for him to out perform his ADP.

The Dolphins new Swiss Army Knife! Van Noy should bring a presense to the Dolphins that they haven’t seen in a long time. Will be an instant leader on that defense. The Dolphins offense should be just so so but the defense will be sprinkled with a few play makers like Baker and Van Noy. Van noy is 29 years old with more than a few years left in the tank because he for the most part been a gadget player for the patriots outside of 2018. Van Noy is going undrafted in most IDP leagues so even if you don’t draft him make sure he is someone you keep a close eye on in the start of the season.

So that’s it! Ten late round LB’s to target. What do you think? Do you have these guys already? Or looking to acquire them? Let us know what you think! You can find us on Twitter, Facebook, and Instagram.