With no preseason we will only be able to use training camp to judge players, here we look at the big stories from the week ending 22nd August 2020.

With COVID testing for the majority of players and staff complete, training camp for all 32 teams is now firmly underway.  I take a look at some of the stories breaking over the last few days. To make sense of what they mean for the season ahead. Are they just hype or should we buy into the reports and videos we are seeing online?

Some headlines we see are telling us how well some are impressing in camp. Perhaps how a rookie is fitting into their new surroundings. Or where injuries where we will see some unfortunate cases of season-ending injuries where surgery will be required. With different headlines coming out on a daily basis from different beat writers and various networks. Here are some of the stories that have stood out for me.

In what was more of a reiteration from Doug Pederson, he has again come out this week praising Miles Sanders. Stating he will be the main man in the Philadelphia Eagles backfield this season. Along with this news Eagles running back coach Duce Staley recently also mentioned that Sanders is capable of handling large workloads for the team. There is a lot of love going in the direction of Sanders and we should take note.

Let’s take a quick look at his rookie season. Sanders rushed 179 times for 818 yards and 3 touchdowns, along with 50 receptions for 509 yards and another 3 touchdowns. In total, he tallied 1,327 yards from scrimmage. If given a larger workload, Sanders is capable of even bigger numbers in 2020.

Keeping in mind that through the first 9 games in 2019, before the Eagles bye week, Sanders had only 1 game where he played in more than 50% of the snaps. After their bye week, the Eagles started to let Sanders off his leash. He averaged 14.7 carries per game over the last 7 games along with averaging 5.1 targets per game.

For me, the hype here is real. Boston Scott is the closest to Sanders on the depth chart, with the Eagles, to date not bringing anyone else in to compete. Despite rumours of Freeman, this is a clear sign that Sanders is going to eat, and eat often.  He will get carries and be effective in the passing game, where the eagles already have depth issues. With a number of players injured at wide receiver, quarterback Carson Wentz will likely look to his Tight Ends and Sanders often.

News broke on Wednesday 19th that Sanders had suffered a lower-body injury that will be monitored week to week.

The Eagles have indicated that the injury is not deemed serious. They are being smart and cautious to ensure Sanders will be ready for the season opener. Further reports have sources confirming “He will be ready to play”

Both D’Andre Swift and Jonathan Taylor where scouted as two of the main running backs coming out of the 2020 rookie class. Ending with Swift being selected by the Detroit Lions and Taylor to the Indianapolis Colts. Some were disappointed with their respective landing spots and the competition they would have for carries. Particularly in the case of D’Andre Swift.

Over the last few days, reports from the Lions Camp are advising that Swift is impressing as a receiver. As well as how he does not look like a rookie in training.

Swift’s main competition is Kerryon Johnson who has been pictured this week on the side-lines wearing a brace on his leg. If this wasn’t concerning enough for him, the Lions have also been working out and now signed former Colt running back Jonathan Williams to add depth to the backfield.

Swift will come out on top here. His ability alone, along with his ability in that passing game and blocking strengths, will see him get a good amount of snaps from the off.

Swift suffered an injury, and has missed practice. His status currently at the time of writing is unknown.

Meanwhile on Tuesday 18th, a video immerged of Jonathan Taylor running through defenders in training. Ploughing through anything in his path, with Twitter blowing up over the sight of the video and Taylors ability.

For Taylor, his main competition is of course Marlon Mack, who is going into the last year of his contract. I expect Mack and Taylor to share carries early and the Colts making these guys both compete for the starting role. However, this would not put me off Taylor. His time will come, we just don’t know when. But when it does, sit back and enjoy the ride!

Both running backs will get their opportunities this season, in fact it is inevitable! When your drafting either of these guys, for your re-draft leagues, I would still steer away from reaching too far.

As a Pats fan, I am constantly following the stories coming out of New England. The one name we here in every interview with any Patriots players or coaches is indeed, Cam Newton. What has he brought to the roster? Will he start? Will he coexist with Bill Belichick and the “Patriots Way”

With Bill Belichick continually saying the Quarterback position is like every other spot on the roster and up for grabs. We are hearing daily at the moment that the snaps in training are being split evenly between Cam Newton, Jared Stidham and Brian Hoyer. With Stidham and Hoyer at the advantage of knowing the Patriots playbook.

Some have also reported that at times Newton has had to call out to Offensive Coordinator, Josh McDaniels for confirmation of the play.

While Belichick is saying the position is anyone’s for the taking, I can’t see past Cam Newton not being named the starter for Week 1.  Newton’s abilities and the different style he brings to this offense will help lift the offense and the players around him.

He is said to have brought a whole new energy to the team, and he is driven. You could argue more than ever before to succeed after his release from the Carolina Panthers. A situation where he has openly stated of his dissatisfaction with how his release happened.

Finally, one thing we will need to follow throughout training camp is the unfortunate side to the game. The injuries that the players pick up. Be it an injury that will side them for days, weeks, or even the entire season.

On offense, we have seen the season-ending injury for San Francisco 49ers wide receiver Jalen Hurd. He will now miss his second season running due to injury, after he tore his ACL in practice.

With the 49ers already losing Deebo Samuel for training camp, who is due back early on in the season, all eyes will be on rookie wide receiver Brandon Aiyuk to take the reigns early on.

Along with Aiyuk’s expectations, there was a report on Dante Pettis “rising to the challenge”. Pettis, who let so many down last season after he was being drafted with high expectations may feel like he has a point to prove. However, this is a report I would pour water on and not get excited about.

The 49ers have had various wide receivers brought in for workouts. From former Seahawk Jaron Brown, to Tavon Austin. Indicating they plan to sign at least one wide receiver to help fill the voids and add depth to the position.

Brown, Austin and Nelson have all signed for the 49ers throughout the week. One player who may benefit from this could be tight end Jordan Reed. If he can stay healthy, he could be seen to make an impact, particularly in the RedZone.

One other bit of injury news is reported out of Cleveland. With running back Nick Chubb entering the concussion protocol after a collision in training. This is one to keep an eye on, as the return is varied. However, I would expect to see him cleared by the beginning of the season. While workloads will increase for other running backs during camp. So keep an eye on Kareem Hunt as a great backup option.

If you have any questions on these stories or indeed any other news coming out of training camps and want our views, reach out to us. You can find us on Twitter, Facebook and Instagram.

Football is back, but did it also mark the return of David Johnson? Johnson started his Houston Texans career… 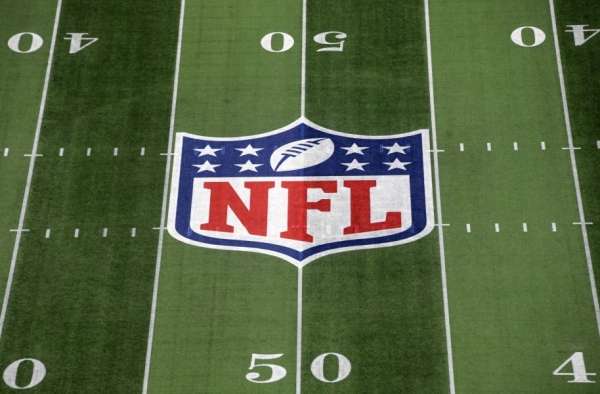 Fantasy Football in the age of COVID

I know, I know, we’re all tired of hearing about COVID-19. Lucky for you, this article is about fantasy…