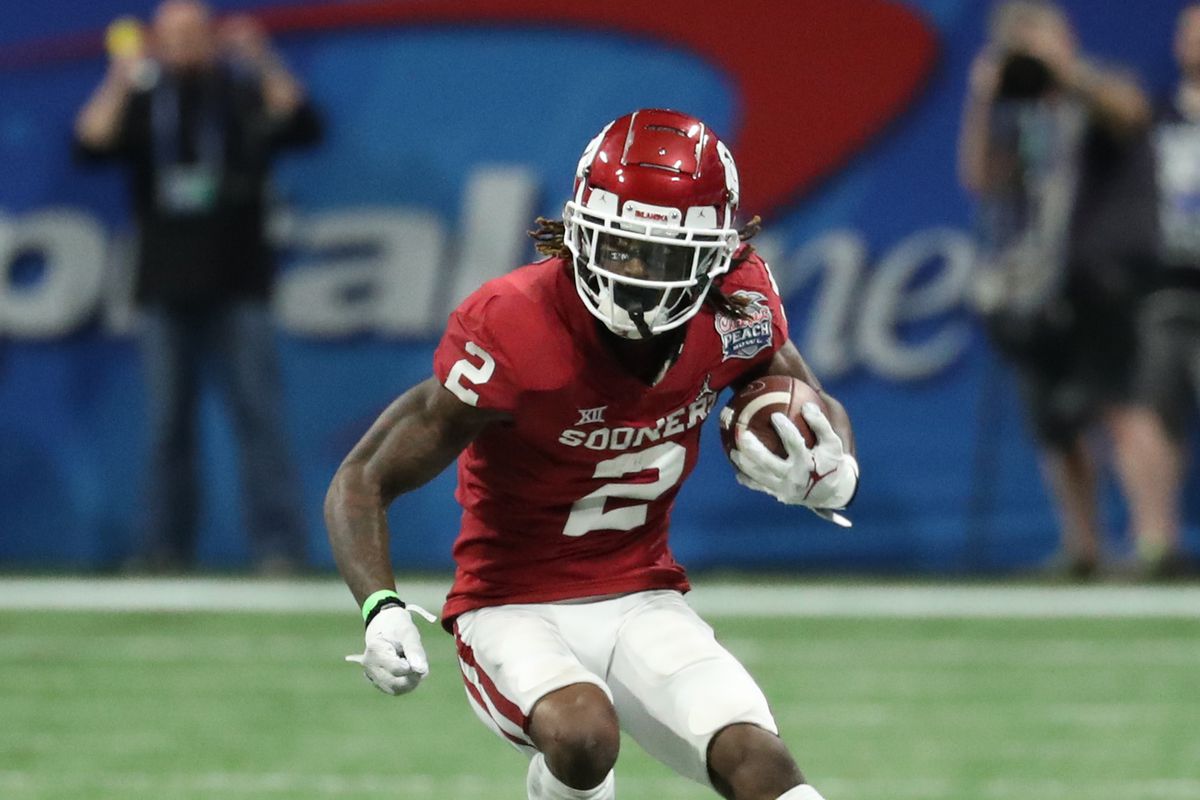 Finding the right rookie wide receivers to draft can keep your team in the mix for years. When playing dynasty there is a chance you can pick up decent wide receivers in a draft or a trade. However, to pick up a high-quality wide receiver who could be in your team for a decade is vital. That is what makes the difference and what you need to use your rookie draft picks on. Most rookies don’t do much in their first year but these are the guys you want to draft anyway.

Dallas hit the jackpot in the first round of the draft by taking CeeDee Lamb at pick 17. Lamb should of gone earlier given his natural abilities but Cowboy fans wont be complaining. He is a refined route runner who has great hands and will get you yards after the catch. His most impressive stat in college last year was that he averaged 11 yards after the catch.

He is currently going at the 8.02 in dynasty drafts so he is expensive for a rookie wide receiver. However, he is a special talent and it would be very surprising to see him fail in the NFL. He does have competition with Amari Cooper and Michael Gallup but he should receive targets. Give it a couple of years and you could have a high end wide receiver on your hands.

Jerry Jeudy went at pick 15 to the Denver Broncos and any Broncos fan would of been thrilled. Not only did they get one of the best wide receivers in his class, they also didn’t trade anything for him. He is a supreme separator from the defence and is a high class route runner. Coming out of college he was being compared to Julio Jones!

Jeudy has competition in Denver but he should see lots of targets. Although Courtland Sutton will be the main guy you have to think Jeudy will be the number two. The worry for Jeudy and Denver as a whole is how well Drew Lock will do. Lock has not played many games so he will have to throw enough to service two potential standout wide receivers.

His ADP is currently 9.11 in dynasty which again is expensive for a rookie but he is worth that pick. This guy could be lighting up the NFL for many years to come and you don’t want to miss out on him.

Henry Ruggs III was the number 12 pick in the draft and the first wide receiver off the board for the Las Vegas Raiders. After the draft there was surprise that the Raiders picked Ruggs with CeeDee Lamb and Jerry Jeudy still around. However, Ruggs is a quality wide receiver in the making and should not be underestimated. He is a great route runner with amazing speed and quality ball skills.

The main positive for Ruggs is that he has very little competition in Las Vegas. They have got Ty Williams and Hunter Renfrow but Ruggs wont have to do much to get a lot of targets. Dereck Carr isn’t the greatest but he is a solid QB who will be able to use Ruggs strengths. His ADP is 9.06 which puts him directly up against Jerry Jeudy who would be the wiser choice.

The Minnesota Vikings took Jefferson as the number 22 pick of the draft and he was an obvious choice for them. With Stefon Diggs going to the Buffalo Bills they needed his replacement straight away. Jefferson is a good route runner who has the size to cope in the NFL and can play in the slot.

Jefferson has got a good chance to really get some serious targets in his first year. With the departure of Diggs only Adam Thielan is left as major competition for wide receiver targets. His ADP is 13.08 which puts him as a deeper bench spot for your team. This makes him a great target for your dynasty team.

Jalen Reagor was the 21st pick in the draft and was an obvious need for the Philadelphia Eagles. Reagor has got some serious speed to his game and is great after the catch. The Eagles have had many injuries over the last couple of years so picking Reagor makes sense.

When you look at the wide receiver core in Philadelphia it shows that Reagor wont take long to see action. Alshon Jeffrey is still on the PUP and Desean Jackson only played minimal time last year. Also Jackson is 33 and Jeffrey 30 meaning younger talent needed to come in. With him currently going at 13.04 in dynasty he is someone who will be a good choice for your team.

Brandon Aiyuk was pick number 25 in this years draft and the 49ers have found a potential gem. He was rumoured to be their number one guy wide receiver anyway. Athletically he is a freak and has a great ability to get yards after the catch. He provides a good fit for the type of offence that San Francisco want to run.

San Francisco had a big hole to fill in their wide receiver room after trading away Emmanuel Saunders. Also, as I write this, Deebo Samuel is still injured so Aiuyk should see work early on. He has a nice ADP as well, going at 14.03 which is ideal for a rookie wide receiver. The only downside is that San Francisco are a run heavy team and most of Jimmy G’s targets go to George Kittle. He is someone you want to draft and then leave on your bench to see how his situation develops.

Tee Higgins was the first pick of the second day for Cincinnati but he was an obvious choice for them. He is a big play machine with exceptional speed and a great catch radius. He also managed to make a lot of broken tackles in his last year at college and if he can get away he will go to the house.

Higgins does have quite a nice situation in Cincinnati and he will be used from the start. The reason he was ideal for the Bengals was that if A.J Green got injured again they had a ready made replacement. Tyler Boyd is the only certainty and so Higgins will have his opportunity.

His ADP is 10.1 which is high for a rookie and puts him in the same part as Jerry Jeudy. Out of the two Jeudy will be the bigger positive for your team in the long run. Higgins will be a good addition for you but there are better options out there.

Denzel Mims was picked up in the second round by the New York Jets and will provide them with a good option. Mims is a big bodied receiver who is incredibly athletic and has great control. He is not be the finished article just yet but given time he will be worth it.

Mims has a path to becoming a starter quite early on. He only has Breshad Perriman and Jamison Crowder as competition for targets. His ADP is past the 15th round which means he is really cheap and ideal for your taxi squad.

Laviska Shenault is a big strong wide receiver who has plenty of power to beat the defence. His biggest problem is that he has had injuries during college and hopefully that wont hold him back.

Shenault could see targets reasonably early but there are a lot of receivers in Jacksonville. D.J Chark is the obvious number one but after that thre is alot of guys that are just ok. Dede Westbrook, Chris Conley and Keelan Cole have all contributed over the last couple of seasons. Shenault will have to show how good he is to push past them.

His ADP is 10.09 which is expensive for a rookie on a poor team. Although he should start this ADP does push him into the same conversation as Robby Anderson and Darius Slayton. Shenault looks like a good option but like Tee Higgins there are better options.

Michael Pitman Jr was taken early on day two by the Indianapolis Colts. Pittman is a big-bodied receiver who has amazing ball skills and a great catch radius. Not only can he be an outside receiver he has the hands and route running to play in the slot.

Pittman has got a good opportunity at the Colts to become a starter very quickly. T.Y Hilton is the main guy but he has had injury concerns over the offseason. Parris Campbell is more of a speedster and Zack Pascal shouldn’t cause to many problems for Pittman.

His ADP is currently 13.03 for dynasty which is a nice spot to take a rookie wide receiver. When you look at who is around him it is mainly other rookies who have more question marks than Pittman. This is a guy who could be the teams number one receiver within a couple of years. Given his price you don’t want to miss out on him.