Hit enter to search or ESC to close
DevyKickers MatterNFL 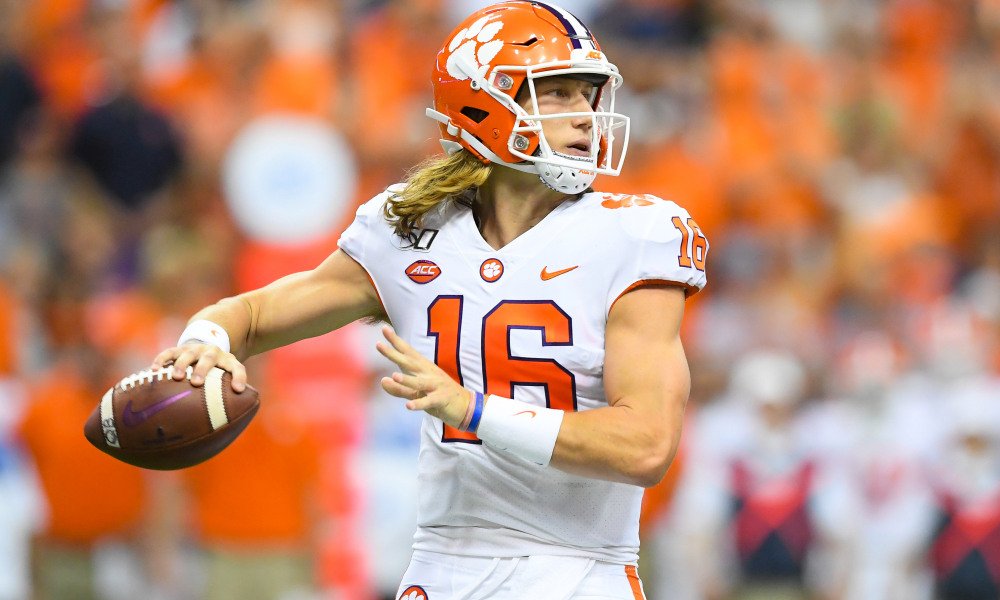 2020 will be an odd season, and odd seasons mean plenty of winners and losers- especially for devy leagues. On Tuesday August 11th the Big Ten finally cracked. Up until then all of the Power Five conferences were held to the line that college football would go ahead as scheduled this year. Despite the ongoing ramifications of the Coronavirus. In spite of public pronouncements by Ohio State Quarterback Justin Fields and Michigan Head Coach Jim Harbaugh, the conference pulled the plug due to what they see as irreconcilable health and safety concerns.

The Pac-12 followed suit a matter of hours later and we’ve seen subsequent cancellation or by the Mountain West. For now the SEC, ACC and Big 12 intend to push ahead. However, whether they are successful in starting and then in finishing the season is a huge question mark. What is not in question is that we are in for the most chaotic college football season and NFL draft process in history.

Other than wallow in the impending doom of no college football season, what can Devy owners do now? Many players face into the abyss of either declaring for the draft and starting preparations now or finding a way to transfer to a school that will play in the fall. Or even, the most risky of approaches, attempting to play football in the Spring and still navigate the draft process?

One thing we can glean from the last few weeks is with early declarations a number of players are taking significant risks with their draft stock. Where exactly where we will be when the NFL gathers in Cleveland in April next year is pretty much anyone’s guess. As ever there are winners and losers in this situation and now felt like a good time to look at a few of each.

If Clemson Quarterback Trevor Lawrence doesn’t play a down of football between now and the draft, the likelihood is that he will be the first name read.

20 year old Lawrence, was already set to enter his junior year as the red hot favourite for the top spot. But if the SEC does indeed push ahead, he’ll be taking to the field knowing that the two main contenders for top billing are sat at home watching.

Now a lack of competition is a double-edged sword. Fields and Lance may not be able to raise their stock – but there is also less chance of it imploding. Lawrence could still lose the spot himself if he isn’t able to play effectively. But for now, he looks as strong a lock to go one overall since Andrew Luck.

With Rashod Bateman and Rondale Moore opting out the opportunity for receivers who will play this year has increased exponentially. The two biggest winners for me are also the two top receivers on my board. The first of these is Ja’Marr Chase.

Chase had an incredible sophomore season. Finishing with 1,780 yards on 84 catches and scoring 20 touchdowns. Ultimately, on his way to National Championship, and winning the prestigious Biletnikoff award. With QB Joe Burrow and offensive co-ordinator Joe Brady now in the NFL, the offseason has seen question marks emerge around Chase. The biggest of which being, can he maintain that blistering pace? With a number of leading contenders to be the drafts top receiver Chase is now in prime position to lock it in.

The second of the two receiving beneficiaries is currently my favorite player in next years class. Alabama sent two superior receiving talents to the NFL last year in Henry Ruggs and Jerry Jeudy, and Jaylen Waddle has the opportunity to replicate their achievements next year.

Waddle’s speed is comparable to Ruggs, but a strong argument can be made that he has a better all-round game. If someone is going to go ahead of Chase I’d be a lot of money that it’s Waddle.

His production fell off last year compared to his exceptional freshman season but with Ruggs and Jeudy out of town, a 1,000 yard season is almost inevitable.

Moore’s YAC ability would have been a challenge to Waddle’s status as the top speed receiver in the draft. But with him likely to be almost two years away from the game by the time he plays an NFL snap, Waddle will be higher on most boards.

Mississippi State back Hill has largely been a forgotten man in devy circles. He’s built an impressive resume and last year rushed for 1,350 yards and 10 touchdowns. With Travis Etienne, Chuba Hubbard, and Najee Harris likely locked into the top 3 running back slots, the opportunity at the head of that second tier has been wide open all offseason. Now, with Journey Brown and Max Borghi on the sidelines Hill has a great opportunity to seize that spot.

At KM Devy we spend way too much time talking up Breece Hall. Right now he’s cemented in as my number one back for 2022. Now with the likes of Zach Charbonnet, George Holani, and Tyler Goodson out it’s tough to see anyone getting any closer by the start of next season.

If Hall produces a big sophomore season he can put a lot of distance between him and the other potential 2022 backs.

Fields divides opinion. Some are convinced that he’s already done enough, and is locked in as QB2. Possibly even the second selection overall for next year’s draft. Others, myself included, think he could really use another year to iron out some of his accuracy issues.

With no more tape Fields chances of supplanting Lawrence as QB1 are all but gone. And if another Quarterback emerges from the teams that are playing, Sam Ehlinger perhaps, then Fields may even consider staying in school.

Much like Fields, Lance now faces a difficult set of decisions. Does he declare now for the draft? Try to find a way to transfer? Or wait to see if NDSU play a spring season? Can Lance really enter the draft with only 287 passing attempts and expect to go in the top 10?

Despite his talent, it’s difficult to believe that Lance won’t create more questions than he answers for NFL executives. He would surely become the first potential first-round Quarterback to enter the draft without ever throwing an interception. It really feels like he needs more tape to lock in a high draft spot, and as such, he’s one of the biggest losers of the recent cancellations

I’m starting to look like a Bateman skeptic but I’m really not. Bateman is a really talented receiver, who gets excellent separation and has demonstrated many of the qualities you’d look for in an NFL pass catcher. However, there are concerns. I can see a definite path where he gets caught up in the league’s growing obsession with speed.

With the loss of his junior season will create question marks. Ultimately, he strikes me as the kind of receiver that NFL teams will talk themselves out of. File him somewhere near Keenan Allen and Jarvis Landry in the draft stock stakes. Without another season Bateman’s fate may well rest on running a sub 4.5 40’ at the Combine. And that never feels like a great place to be.

I’m a huge fan of Moore. I think he’s got every chance of benefiting from the ongoing development of offensive creativity at the NFL level and his ability with the ball in his hands will excite many teams.

That said losing the 2020 season is inevitably going to make teams think twice. Moore suffered a severe knee injury in September last year and didn’t see the field again in 2019. By the time the NFL 2021 season kicks off he won’t have taken a snap in nearly two years. Despite the talent it feels inevitable that the gap will see him drop out of the first round.

It’s not a death knell to his career chances. But draft stock matters and the pressure on Moore to show he’s healthy and back to his best during the pre-draft process will be enormous.

Whilst it may well be “Good” to be a Michigan Wolverine, it’s a tough place to be for running back Zach Charbonnet. 19 year old Charbonnet looked well placed to be Michigan’s breakout offensive player in 2020 but will now have to wait till 2021 to see the field again.

By then he may face significant pressure for snaps from Blake Corum, or others. Whilst Corum offers a different approach to Charbonnet’s banging style his upside might mean the California born back’s best chance is gone.

So what do you think about our 2020 devy winners and losers? Missed anyone out? Let us know. You can find us on Twitter, Facebook and Instagram.