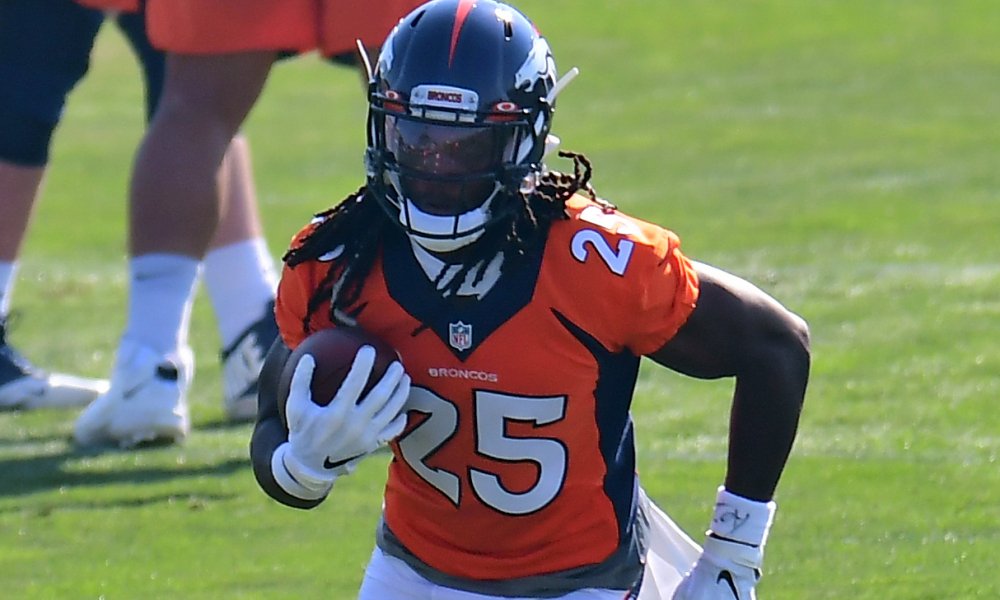 So the season is drawing closer, and our 2020 season projections are done- so let’s continue with RBs that will exceed expectations. If you want to have a go at making your own projections then you can have a go by using our projections workbook. Otherwise- let’s get stuck in!

This is relatively simple. The coaching staff looked their roster and felt the need to spend up to bring in Gordon from their divisional rivals. Gordon should be the early down back, and involved in the passing game.

Lindsay could be a torn in the side for Gordon. Lindsay has been the primary receiver for the team out of the backfield since he entered the league.

Pat Shurmur has also traditionally favored a passing offense, so there could be limited involvement for the running back position as a whole.

Overall, the Gordon should be highly effective in Denver’s offense. There isn’t really a strong competitor on the roster for his role, meaning plenty of work for Gordon.

The Ravens offense is completely built around the running game. Meaning plenty of attempts for the veteran. Ingram led the ground game for the Ravens last season,with over 1,000 yards and scored 10 touchdowns. In his second year in the offense, he could be as effective.

The loss of Guard Marshall Yanda can’t be overlooked- he was one of the better guards in the league. Combine that with the fact the team decided to invest capital in J.K. Dobbins in the draft, and the veteran could take a step back.

Johnson has been a great player in the league- when he has had the ball. We aren’t too far removed from when Johnson nearly finished the season with 1,000 yards on the ground and the air.

Houston has a system that seems to allow running backs the ability to be effective. Even Carlos Hyde was effective in the offense last season, after being acquired with minimal time to get into the system!

Fitness. Johnson missed nearly a whole season (only playing a handful of snaps in the opener in 2017). Last season, he struggled with a back injury for the majority of it.

The team’s offense could also take a step back, after the team moved on their elite receiver DeAndre Hopkins. If defenses no longer have to worry as much about the passing game, then that could mean more stacked boxes to deal with.

Johnson’s injury concern seems to be built into the cost to acquire him. So really, for me, it comes down the question of if you think the Texan’s offense will be effective this season. Personally, I think the team will find a way to keep defenses guessing with a combination of short and deep passing.