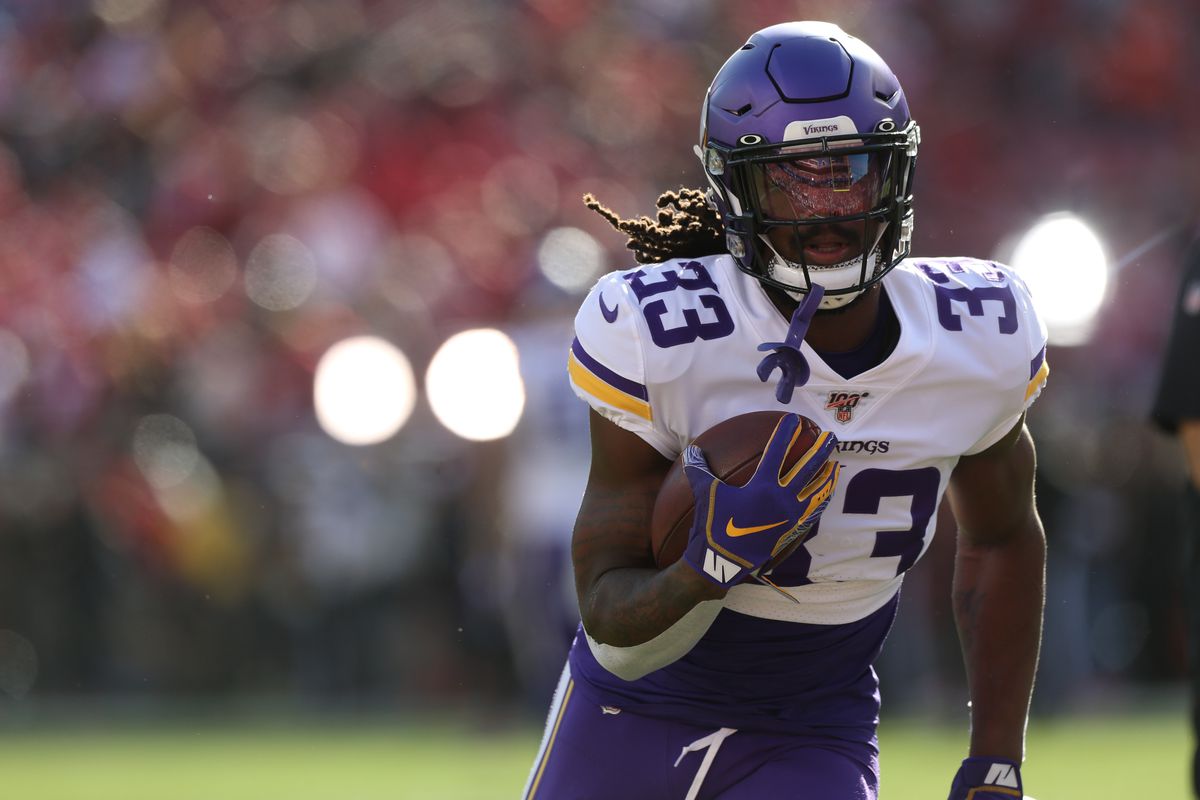 So the season is drawing closer, and our 2020 season projections are done- so let’s continue with RBs that will fail expectations. If you want to have a go at making your own projections then you can have a go by using our projections workbook. Otherwise- let’s get stuck in!

Minnesota have found the way to success- run the ball. Cook is the lead back on the team, and has been effective since he entered the league. Last season he had five games where he rushed for over 100 yards, and had over 90 in two further games. That is fantastic.

However, Cook can only do that if he is on the field. Entering his fourth season he is yet to play all sixteen games. That hurts your team.

Equally, the team have decided that they don’t want to offer Cook a long-term deal (at least at the point of writing).

The team clearly think Cook is a talented player, but he wants more than they are willing to give. With Alexander Mattison waiting in the wings, we could see a season where the team move to sharing touches out of the backfield.

That risk, combined with injury concerns mean that I’m not going to have him in redraft. He is a gone and distant memory by the point I would consider selecting him.

Carson operates as the lead back in one of the most run-heavy offenses in the league. Meaning plenty of touches out of the backfield- and plenty of opportunity to score points.

Carson has struggled with fumbling the ball, as well as with injury. So much so, the team brought in Carlos Hyde, who was effective last season in Houston.

Overall, I think Carson is an RB2 for the season, but closer to an RB3 rather than RB1. I’m not completely off of him, but I don’t think I’ll have him in too many places- due to his positional ranking.

Drake was immense when he signed for Arizona. Infact, in his eight games he played he rushed for 643 yards and 8 TDs. As well as 28 receptions and 171 yards. That would’ve placed him firmly as an RB1 last season.

Eight games isn’t exactly a large sample size, and the vast majority of his production game in two games. Those two games accounted for 303 yards and six TDs, so his time wasn’t consistent when he led the backfield.

I’m happy to be proved wrong on this one. I can’t get on board with Drake being an RB1. I just think that the eight game stretch that we saw could be the best that Drake will ever be able to produce in the offense.

With the news he has been seen in a walking boot, and Chase Edmonds being touted as an effective runner, I’m staying clear of his current cost.