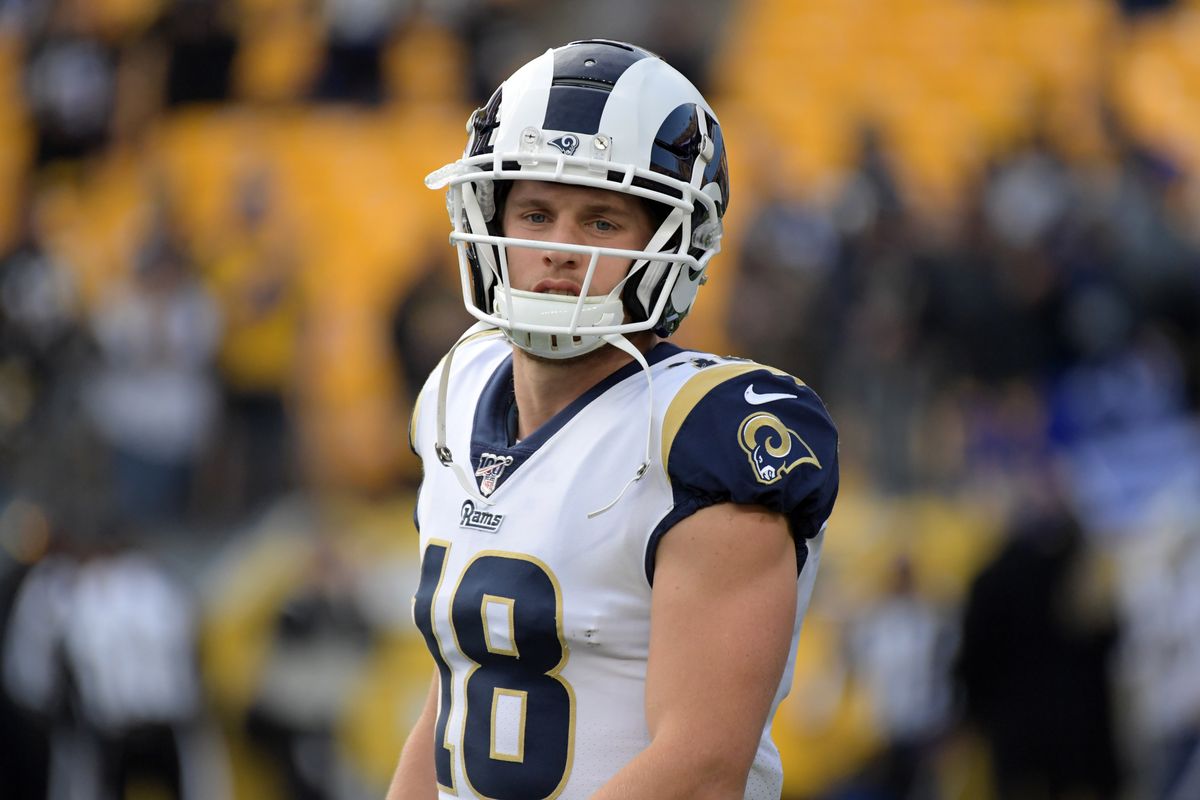 So the season is drawing closer, and our 2020 season projections are done- so let’s continue with WRs that will exceed expectations. If you want to have a go at making your own projections then you can have a go by using our projections workbook. Otherwise- let’s get stuck in!

Jared Goff is at his best statistically when he targets Kupp. Even in a season where the offense as a whole struggled, Kupp ended the season with 94 receptions for 1,161 yards and 10 TDs.

If the offense improves next season, then there is no reason why his role will change- especially as a redzone weapon.

Kupp has operated best when working out of the slot, something that might be limited this season. Certainly, the team started looking more effective when they started running plays with two TEs on the field.

I fall into the camp of Kupp will be effective this season. I believe that Kupp is the lead receiver in the offense, and could end up the season with around 100 receptions. Combined with his TD upside I firmly believe he will finish as a WR1.

Simply, someone has to catch the ball. Allen is the team’s lead receiver, and is one of the more consistent in the league. Infact, his last three seasons he has averaged around 100 receptions for over 1,200 yards and six touchdowns. I’ve got him doing around the same, which pushes him up my rankings.

There are question marks all over the offense. We don’t know who the QB will be for the season, and therefore the change in style of the offense. Depending on how Tyrod Taylor and Justin Herbert perform, we could see the team really struggle on offense.

Overall, I think that Allen will become the key cog for the offense. Austin Ekeler will continue being the primary receiver out of the backfield, but Allen will be the main receiver used to move the chains- regardless of who is throwing the ball.

The Colts don’t have a big-bodied receiver for when they get into the redzone outside of Pittman. We have also seen that new QB Philip Rivers has long trusted his receivers to win the ball in the air- something that Pittman can do.

It’s long been said that Rivers favors his TE in the redzone, meaning that Jack Doyle would see a bump to his value. If Pittman isn’t used in the redzone, then he could well and truly fail to meet the expectation that I have for him.

Pittman is certainly going to be a player that I could well be completely incorrect about. Being a rookie he could struggle in the league, and I could end up looking like an idiot.

However, I honestly think where he is being drafted all of the risk is baked into the price. However, I don’t feel that his ceiling is. Given the lack of true pass catchers in the offense, and the injury troubles of T.Y. Hilton there should be plenty of targets.