Hit enter to search or ESC to close
Kickers MatterNFL 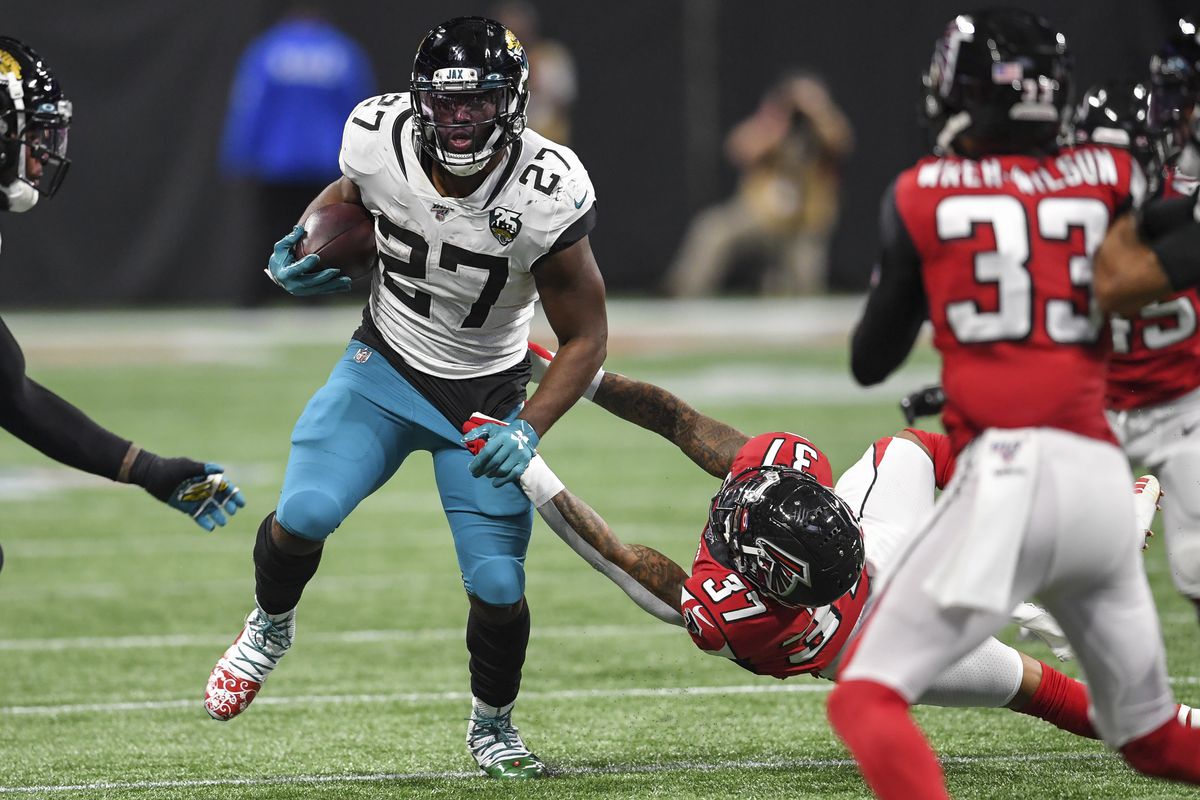 Nobody can say that it wasn’t coming, but finally, Leonard Fournette was released, meaning time to look at winners & losers from the decision. The Jaguars have been dissatisfied with their lead running back for some time.

Yesterday, they finally gave up. With less than two weeks before the start of the season, the Jags announced that they had waived Fournette. Sparking a flood of speculation over landing spots and potential replacements in Jacksonville.

Let’s take a look at the winners and losers of the end of Fournette in Jacksonville.

It’s probably lost on many people now- but there was a time when Fournette was the most exciting college running back of his generation. After a 2,000 yard, 22 TD sophomore season he was ready. There was even a clamor for him to be allowed to jump straight to the NFL.

At LSU he ploughed through defences and at times looked absolutely unstoppable. At a time when running backs were becoming more and more devalued Fournette was to be the exception. The man to return the position to it’s former glory.

Who knows, perhaps if Fournette hadn’t landed in the footballing wasteland of Jacksonville maybe things would be different. Unfortunately for him, the Jaguars decided he was the perfect man to help their offense floundering Quarterback Blake Bortles get on track but they spent the 4th overall pick in order to do it. They left Patrick Mahomes, Christian McCaffrey, Desean Watson and Jamal Adams on the board. I’m not one to beat teams up in hindsight, but, yuck.

Fournette’s average production in Jacksonville has had a number of causes. Attitude, health, o-line issues and dreadful quarterback play have all played a role. Getting out of Florida, or at least that part of Florida, can only be good thing for him.

It’s entirely possible that he’s done. His ankles are questionable and his production doesn’t inspire confidence. But it’s difficult to believe he can land anywhere worse than the tanking Jags. A year as a back up in Chicago may well be enough to revitalize him. Keeping an eye on the landing spot it will likely tell you a lot.

Former Nebraska Husker, Devine Ozigbo was once a darling of the deep dynasty stash community. I mean, I’m not sure there is a deep dynasty stash community, but if there is Ozigbo was a favourite. After a productive 2018 senior season in the Lincoln there was a buzz that Ozigbo could be a nice sleeper in the late rounds of that years draft. In the end, he went undrafted and landed in roster purgatory in New Orleans.

He made it to final cuts with the Saints but was let go on August 31st 2019. The Jags claimed him on waivers the next day. He spent last season mainly on special teams before appearing in the season finale, rushing 9 times for 27 yards.

Ozigbo is a bruising runner, he’s not fast and unlikely to catch many balls, but as a power 1st & 2nd down option he will likely carve out a role.

Well, they won’t be running it much. Presumably the Jaguars intend to leave the season with absolutely no doubts over whether Gardner Minshew has a future at Quarterback. Don’t get me wrong, unless he somehow drags the team to the Superbowl then the team will spend their first pick next year on Trevor Lawrence, Justin Fields or Trey Lance. Despite that, I’d expect they will either want value for Minshew or have him as a long term back-up and this season is now one long 16 game try-out.

They’ll be behind a lot, they’ll throw a lot, and that will probably work out nicely for DJ Chark, Dede Westbrook and my personal favourite Laviska Shenault. They won’t win many games but all three could be nice contributors next year. Shenault is now the teams most exciting playmaker and he hasn’t played a snap.

The long term Jags running back probably isn’t on the roster. However, if someone is going to carve out a long term role it’s former Temple runner Ryquell Armstead. The 23-year-old hasn’t featured much in camp but seems likely to start the season in a 3-way split. The first month of the season will be a battle to see who is going to dominate carries and Armstead is probably the best-rounded back on the roster.

With 4.45 speed and three solid years of college production on his resume there are reasons to believe that only one of their current backs has three down potential. That guy is Armstead.

Don’t go mad, the Jaguars aren’t going forward with Armstead as their feature back. However, for this season, he has every chance to stick on the roster as a solid back-up and flex option.

A mid level running back somewhere

Fournette is likely to land a one year prove it deal somewhere. That may well spell back news for a handful of second-tier backs. David Montgomery, Ronald Jones, Chris Carson, and David Johnson all look like guys who may suddenly find Fournette breathing (probably quite deeply) down their necks.

Watch waivers and most likely post waivers closely, someone’s value is about to plummet.

The immediate aftermath of the Fournette release has focused on Jaguars coach Marrone telling people how they are clearing out the locker room and starting from scratch. That’s fine, but the roster is now the worst in the NFL and it seems fanciful to think that Marrone will still be the coach on September 1st, 2021.

It remains a mystery how Caldwell still has a job. His inability to build a winning roster, despite the bevy of high draft picks he’s had, would surely have seen off any other GM in the league. Somehow, Caldwell survives. He seems to be getting yet another chance but you have to imagine his leash is shortening by the hour.

One of them is probably off to Jacksonville. With all the uncertainty around College Football there may never be a better time for all three to stay in school.