Hit enter to search or ESC to close
Dynasty 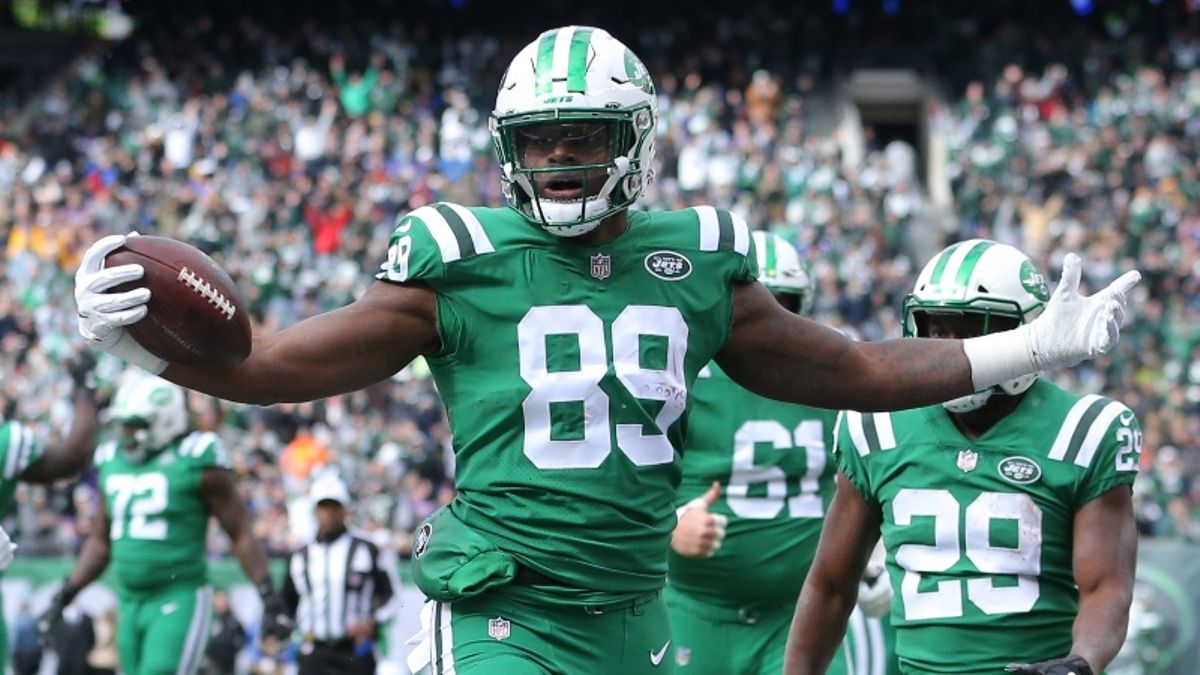 Throughout the season I will be writing a weekly article discussing my dynasty buys and sells- this is the pre-season edition. The majority of these players are currently undervalued in my eyes and could see a significant return on value as soon as week 1.

Anyone who follows me knows I am super high on Chris Herndon this year and long term. I think he has the potential to be a top 5 TE in value as soon as the end of this season. This was before you take into account the injuries that are currently decimating the jets receiving core. With Mims and Perriman both currently not practicing, there is an argument that Herndon could well be the Jets target leader this season.

Herndon impressed as a rookie. Ultimately posting 39 receptions for 502 yards and 4 TDs on 56 targets. Production that was good enough for the TE16 finish. If you dig into the detail Herndon was the TE9 from week 6 on.

That production meant Herndon was a popular pick going into his second season. However, a combination of injury and suspension last year meant it was essentially a lost year.

Currently, as the TE20 in ADP, with a cost of less than a 2021 2nd, Herndon is an easy buy for me. As a player that could return value as soon as week 1 this year. Buy now before the price skyrockets!

Another player I’ve been hyping all offseason. Steven Sims finished the season on a tear. After Trey Quinn got injured in week 13, last year Steven Sims moved into the slot and became a 60-70% snap player. In those final 4 games where he saw over 60% of snaps, Sims posted fantasy points of 8, 15.5, 25.3 and 18.5.

If you were brave enough to start him in your fantasy playoffs you didn’t regret it. The Washington Football team didn’t add any serious competition through the off-season. Putting Sims in a prime position to start in the slot all year.

Sims is currently going as the WR78 in startups and has a trade value of around a 2021 3rd. As the secondary pass catcher on an offence, that price is a bargain. Sims could easily get close to 100 targets this year if not more and with his big-play ability could easily turn into a solid depth receiver moving forward.

JJAW had a very poor rookie year. Normally I avoid rookie receivers who get an opportunity and don’t use it in year 1. However, JJAW was a raw receiver coming out of Stanford. It was widely noted during the pre-draft process that he’d likely take some time to come of age in the NFL.

Recent reports have confirmed that he has had a strong camp and will be starting at receiver for the Eagles this season. Now pretty much everything I said about Steven Sims can be repeated in terms of value for JJAW. He is currently the WR80 in startups and can be acquired for a third-round pick. If you can acquire a starting receiver in one of the better offenses in the league for a third-round pick? It’s hard to say no to that value.

Darrel Henderson’s place on this list could very well be take lock from my side. I have been a fan of his throughout this offseason. I thought he was a great buy pre-draft as I didn’t believe the Rams would draft an RB.

They then proceeded to use their first pick of the draft on Cam Akers. I thought it presented a great buy opportunity for Henderson. Now reports suggest Henderson has been battling injuries and has fallen behind Akers on the depth chart. Yet here I am suggesting it is a great buying opportunity.

This is a risky buy but I just believe in the talent. Henderson showed that he is truly electric with the ball in his hands. I truly believe that if he gets an opportunity he will succeed.

Now his current price is somewhere between a 2nd or a 3rd. Meaning you’re not having to overpay in order to take the chance. This time next year he could very well be a top 20 dynasty asset. That is if he shows he can be a true three-down workhorse for the Rams. He could also be completely worthless and on every waiver wire out there. But, at the price of a 2nd or 3rd, I’m willing to take that risk.