Hit enter to search or ESC to close
Kickers MatterSRB 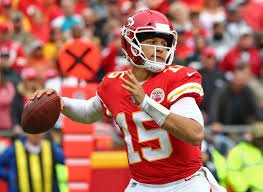 The first-ever Steve Raynes bowl is set for the 2020 season! This league is a lasting legacy to the memory of Steve Raynes. Telling us what this league means to him- Paul Lancaster.

One of my favorite lines by a sportsman is Ricky Ponting who after some questionable gamesmanship by England labeled their actions “as pretty ordinary cricket”.

It summed up what he thought without having to be crass or offensive. It let the viewer know in no uncertain terms what he thought of the whole situation. I admit that I now use the word “ordinary” to describe my disappointment or general unhappiness far too often.

The performance in my rookie season of fantasy was at best “ordinary” and if I’m being honest some of my decisions have been “ordinary” during my sophomore campaign. Honestly, it was starting to weigh on my mind, being part of the fantasy community had really helped my mental well being but I had started to put pressure on myself and made one error that was impossible to explain or justify.

There was no-one to blame but myself. I can’t blame others for playing the game their own way, or being competitive. I take fun seriously and anyone that knows me will list competitive as one of my personality traits. Truth be known I’d joined too many dynasty’s in quick succession, and had gotten out of my depth.

I couldn’t see the woods for the trees, and it was only through talking to some incredibly compassionate friends in the fantasy community that I held it together. Thankfully things got better but I decided to cut back on joining new leagues. It wasn’t fair on any potential league mates if I didn’t think I could give it my best.

The community was supportive and understood why I wasn’t taking part in many drafts and not being incredibly communicative. I am blessed to have met friends in the community that put you before fantasy or anything else for that matter. Just because they’ll snipe you given half a chance doesn’t mean they don’t care about you.

Invitation to the 2020 Steve Raynes Bowl

When I got an invitation to the Steve Raynes Bowl I was surprised and felt honored. I never knew Steve but was aware of the impact he had on others. To be part of it was special and made me feel accepted and included. The more I read and listened to about Steve, the more I realized what he meant to so many people.

I’m not sure how they managed to do it but the team behind the SRB had managed to create something that not only remembered Steve, but reflected who he was and the memories he left in others. I doubt there is one person that took part that didn’t wish they had known Steve and felt the deepest of sympathy for the loved ones he left behind.

I was obviously delighted to be taking part in the SRB regardless of the format,t but was genuinely excited when I saw that it was Bestball. Not only that the scoring was anything but ordinary.

Steve loved TE’s and Best ball, well he would have loved this set up!! TE Premium Plus does not do it justice. Even the most experienced of players would have to revisit their tiers and tear up any strategy they’d ever used.  It totally rekindled my enthusiasm for everything fantasy.

I love getting into the stats and strategy of drafting. When I play Football Manager I spend longer in the pre-season then I do playing the games. Had the scoring made Travis Kelce the 1.10 of the SRB? But hold on it’s still Superflex so what does that do to Mahomes? Those TE’s that used to be late-round flyers just became significant, but how significant? I nearly broke my abacus trying to decide.

I’ll admit that I was seriously looking forward to taking part in a draft that I felt played to my strengths and was part of something special to the community. What happened next only served to ramp up all of those feelings, I’d been put in the Dallas Clark division, with Jack and was drafting next to him.

No pressure then, not only is he just about the best fantasy player I know, he’s the organizer and someone who I respect greatly. On top of that our group twitter was friendly and fun, even when I sniped Jack (not on purpose honest).

The draft itself was brilliant. It moved at a good pace and I don’t think anyone shared a strategy. I certainly went my own way and its not for me to judge my efforts. There was nothing ordinary about it, it’s something special and I was looking forward to seeing the ADP probably a little bit too much.

As always, I tried my hardest. My competitive streak won’t allow for anything less. However, I offer no apologies for being corny and stating that I was a winner just being part of it.