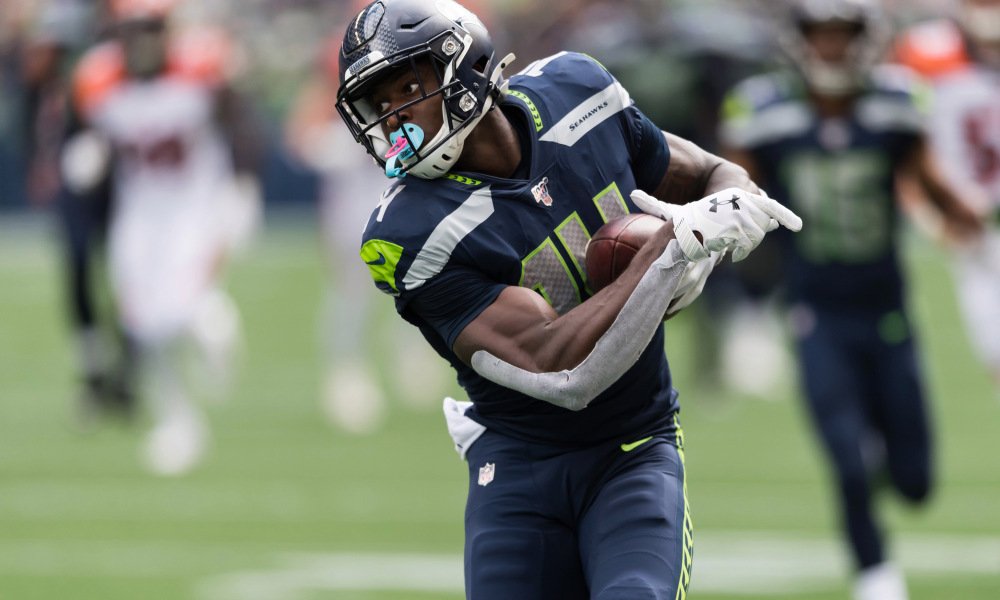 With the season literally looming over us, I thought now would be a good time to dive into a new article series- Start ‘Em Sit ‘Em 2020, here is Week 1. This offseason has had alot of twists and turns. But as long as we have a season, we will be here to help you win your championships.

Our Week 1 Start ‘Em and Sit ‘Em selections for 2020 are chosen deliberately for players that I’ve seen people questioning. You won’t find the likes of Christian McCaffrey, Michael Thomas, or Travis Kelce to be included. You should always be starting those guys.

If you have a particular start/ sit question then you can always check out our weekly rankings page, or reach out to us on any of our social media channels. You can find us on Twitter, Facebook, and Instagram.

I get it, you aren’t sure if you can trust Newton in his first game back after so long out. However, against Miami? There’s not too much to fear. Miami allowed 21.3 points on average to the position last season. They might be improved in the secondary, but they still aren’t a great team. With Newton’s rushing ability, I’m expecting a big performance from Newton.

Roethlisberger is on the road, so that means we should avoid him right? Not against the New York Giants! The team gave up the third-most points to the position last season (20.7 points), and haven’t made any improvements to their defense. With the (fit) weapons on the Steelers offense, I’d be happy to slot Roethlisberger in my lineup.

The Vikings have definitely taken a step back on their defensive line this season, with both Everson Griffen and Linval Joseph both leaving the team. However, even with them last season Jones was hugely impressive. I think that A.J. Dillon might have a goal-line impact this season, but I’m not sure we see it in the opening week.

I feel like each week we might end up seeing the running back that is matched up against Jacksonville. The Colts have one of the best offensive lines in the league, and are heavy favourites. Even if the Colts mix in Marlon Mack, I’m confident Taylor has a good game.

To be honest, I could select any of the wide receivers in this game. So, I just chose the one I had ranked lowest. I think this game might end up becoming a bit of a shootout- meaning plenty of points to go round.

I’m heavily expecting the Jaguars to trail early. That means…..plenty of pass attempts. Truly, I can’t see anywhere else that the targets are going to go. The Colts gave up an average of 24.6 points to the position last year, which was one of the highest in the league

Hurst has been a guy that I’ve banged the drum about all offseason. I fully expect him to be effective from day one with the targets I expect he will get. Against the Seahawks, who were one of the worst units, in a high-scoring game, this feels too easy.

Herndon I feel might be available on your waiver wire this week, partly due to the matchup. Buffalo on the face of it are an awful team for TEs to face. But on this offense, at the moment at least, Herndon is probably the team’s second receiver behind Jamison Crowder.

Koo was great last season in the eight games he played. I think that the Falcons could attempt fewer field goals this year, but Koo should see plenty of opportunity in the opening (high-scoring game)

Gostkowski is (possibly) available on the waiver wire in your league. I quite like kickers that play in Denver, due to the thin air allowing longer attempts. Gostkowski is a veteran who should get plenty of opportunity in this game to impress.

I have the Chargers as my defense in alot of leagues, including in DFS. The reason being that this team is stacked with talent. Combined that with the first game for rookie Joe Burrow, this spells a good matchup- even without Derwin James.

This one could truly bite me, but I don’t mind the Packers as a start against Minnesota. As I mention in sitting Kirk Cousins, the interior of their line is not good. I therefore expect the Packers to be putting pressure on Cousins all game, leading to sacks and (potentially) some interceptions too.

I went back and forth on this selection. Ultimately I included him because Cousins protection is suspect- especially in the middle. Green Bay had his number during the games that they played last season, and I believe we could see a repeat of that. Kenny Clark should cause havoc on the interior of the Vikings offensive line, making Cousins feel the pressure from the Smith’s on the outside.

I kind of don’t want this one to be true, because I have alot of Stafford shares on my rosters. But this doesn’t feel like a game that Stafford will excel in. The Chicago defense suffered with injury last season, but with those players back, this unit is going to be fierce again. Currently, this game is expected to be low-scoring and that caps Stafford’s overall upside.

This might be controversal, especially as I actually think that Akers was almost a must draft at his ADP. However, I have real concerns over the offensive line for the Rams. The unit really struggled last season, and they’ve not made any improvements. Against the Cowboys, I’m happy to wait a week to see how it copes.

Bruce Arians has said that Fournette will be involved in the opening game, so start him? Honestly, I wouldn’t. I’m just not sure how this team is going to look. The team are looking like Mike Evans will be a game-time decision, and have alot of new pieces on offense. Fournette himself was effective in Jacksonville due to volume, and I have no idea how this backfield is going to shake out.

Indianapolis might have one of the most pass-happy QBs in Philip Rivers, but the game script should mean a lack of passing volume. Infact, the only real receivers I want in this game are big-bodied weapons for the red-zone- and that’s not Hilton.

Beckham has a chance at recapturing his previous form this season, but this isn’t the game to start. Marlon Humphrey is likely to matchup against Beckham and is one of the most effective defenders in the league. Combined with a new offense being installed, I want to see what this offense looks like before I start inserting Beckham in my lineups.

Gesicki is one player that while I understand the hype, I didn’t want to draft him. A large reason was that I think you might see him struggle in the early part of the season with Preston Williams back in the fold. The Patriots defense might have a lot of holdouts, but I fully expect them to continue to be effective against defending the TE.

The Steelers are one of the better units against the position, and I expect that the team are going to be trying to nullify one of the team’s most effective offensive weapons. There are better weeks to play Engram.

Fairbairn is a great kicker, long leg and accurate, but I feel like this game might get out of hand quickly. Therefore, I’m expecting the team to have to stop going for long range field goals, and attempt some 2 point conversions.

This isn’t that I expect the Steelers to not be effective- I fully expect them to be. That’s the issue though, Boswell is likely to be held to PATs rather than FG’s in this matchup.

The Saints could end up being great against Tampa Bay. I can see it, but I think on balance, they could struggle. I’m expecting Tom Brady to throw the ball often in an entertaining game, so I’d look for better options this week.

Seattle are going to be giving up alot of points his week. The team are also going to struggle to force turnovers, or sacks, with the Atlanta offensive line expected to take a step forward.

So that’s it for our 2020 Week 1 version of Start ‘Em Sit ‘Em. Remember, you can always reach out to us for help in setting your lineup. Check out our weekly rankings page, or reach out to us on any of our social media channels. You can find us on Twitter, Facebook, and Instagram.