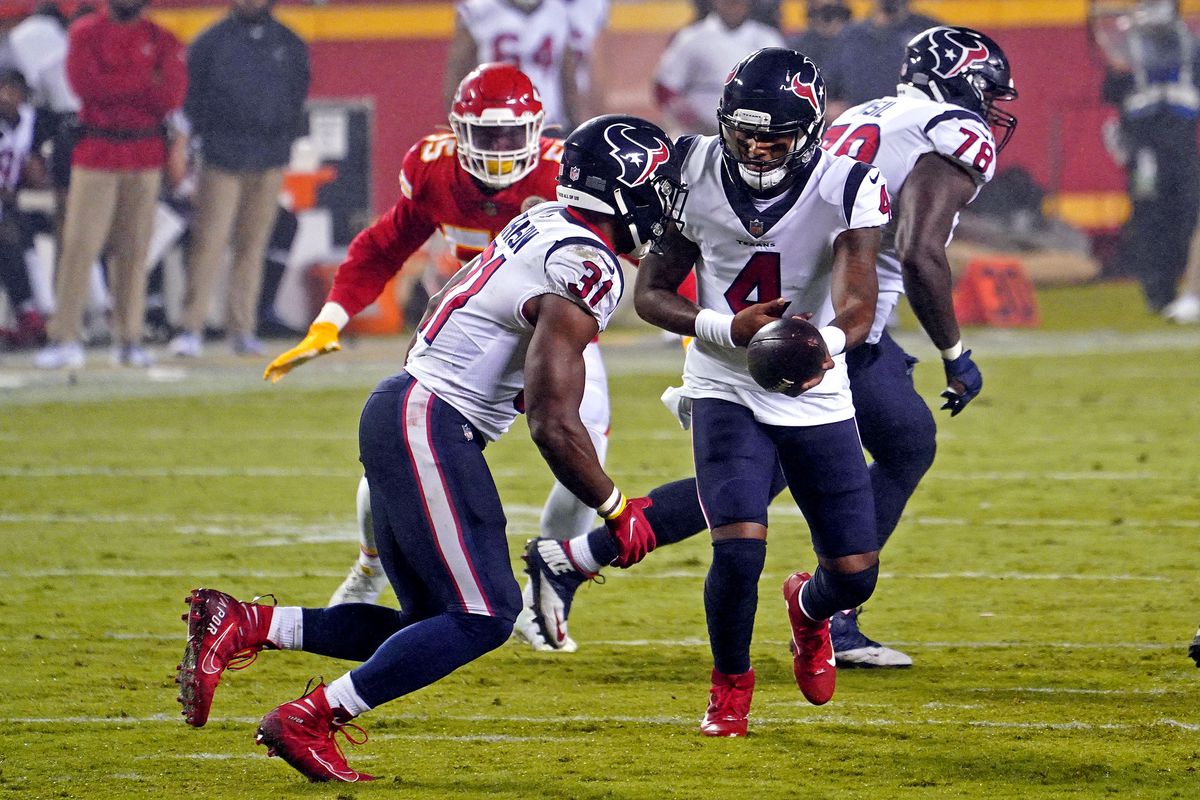 Football is back, but did it also mark the return of David Johnson? Johnson started his Houston Texans career with a bang, finishing the game with over 100 all-purpose yards and a touchdown. However, is this something that we should expect going forwards? Or is it a flash in the pan?

David Johnson: What Happened in Arizona?

I wrote a piece for Rotoballer around 8 months ago where I delved into how Johnson played last season and the reason for his struggles. The summary from the article was;

Overall, Johnson has actually seemed to improve his play (in terms of his rushing metrics) on an improved offense, while managing to continue holding onto the target share of previous years. The biggest barrier to his fantasy success is the ability of the player to get on the field. If you are in a dynasty league then Johnson is a buy-low candidate. At the moment, with the uncertainty surrounding his injuries this season and struggles with production the only thing of value is his name. That allows for a low-risk, high-reward option for fantasy owners this offseason.

Essentially, my conclusion was that Johnson was great when he was on the field. And simply, that wasn’t happening enough. So I was pretty happy when he was traded to Houston.

Johnson is likely to be given a huge opportunity in Houston for two reasons:

Infact, if you look at the number of touches that Houston have given their lead running back, they do typically give the touches to one player.

Therefore, if Johnson is able to stay healthy he should have a great opportunity of getting over 200 rushing attempts, despite only getting 11 in the opening game.

Is it just that Kansas City struggle against Running Backs?

That is the biggest thing for me. The Chiefs aren’t the best team when it comes to stopping running backs. In fact, according to Pro Football Reference, they gave up the sixth-most points to the position. What I would say, is that the Texans are likely to see a fall-off in production in the next two weeks.

Their next game is against the Baltimore Ravens, who were one of the better units against RBs last season- and then they added Calais Campbell to their defensive line. Then to follow that up the team face the Pittsburgh Steelers, another strong defensive unit. If Johnson has a decent outing in either of those games, I’m confident if saying he is back.

So is this the return of David Johnson?

Honestly, I think that there is a real opportunity for Johnson to be a great fantasy asset this season.

However, I’d be tempted to try and trade for him after his matchup with the Steelers (assuming you don’t own him). The reason being that currently the week one hype is real- and his price has skyrocketed. Once a few weeks of (likely) dampened performances are in the books, you could steal him from an owner that thought it was a flash in the pan.

If you do own him, I think that I’d be open to receiving top offers this week. If I don’t get one then I think that he should still have RB2 value over the coming weeks, just with the volume he should get. So, I’d be happy to hold onto him and slot him into my lineup each week.