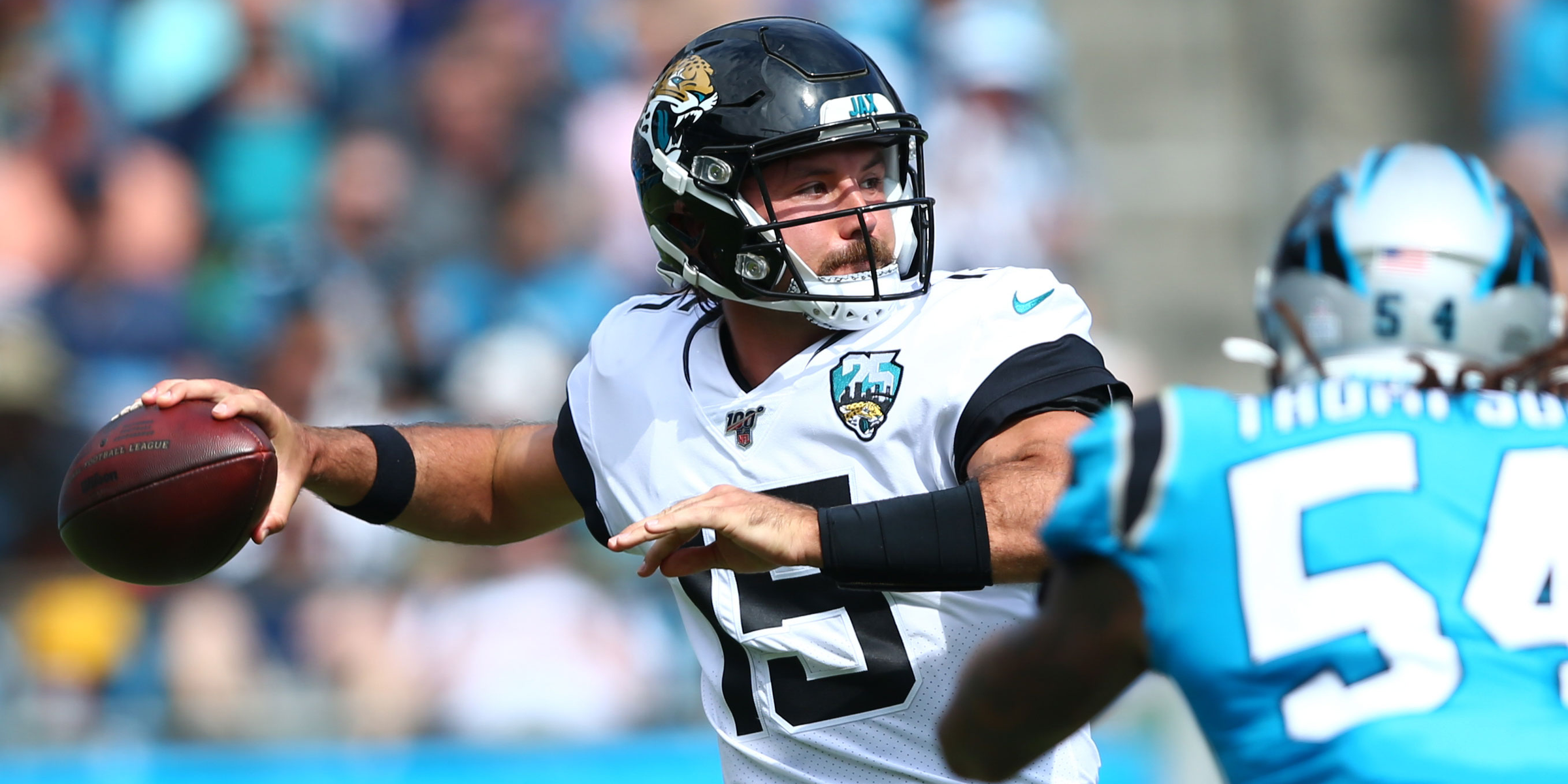 The wheel never stops here, we might not have Week 1 quite in the books, but we can now start looking at waiver wire options for Week 2. Hopefully, you got the starts you needed to your leagues and didn’t face too many Jacobs/ Ridley combinations.

Each week I am going to look at players to use that have lower ownership percentages (lower than 50%). I’m going to be using the rostered percentages from Yahoo leagues, as it’s easily publically available. These are players that I’m looking to pick up from the waiver wire for Week 2.

Minshew is certainly my priority on the wire this week, as I’m sure he will be on several others. The reason for me isn’t just that he managed to lead the Jaguars to a surprise victory, but outside of Tennessee next week (why am I saying to pick him up this week then!?) he has a great schedule for Week 3 onwards to his Week 7 bye.

So, I think I might lose my first ‘beer bet’ of the season. I thought the team would give Nick Foles the reigns of the offense for the season. At halftime, I was convinced it was going to happen. However, it wasn’t to be and Trubisky ended up leading a comeback. Trubisky faces the New York Giants next, who while we haven’t seen them this season, struggled last year.

Hines will no doubt by the guy that everyone is going to clamber to try and pick up. However, there is great reason. Not only did he break fantasy owners of Jonathan Taylor’s hearts (including mine), he will get more usage with reports of Marlon Mack’s torn Achilles. In any type of full-PPR league he should be your priority, as well as a decent chunk of FAAB.

I thought the RB that shared the workload with Austin Ekeler was going to be valuable. Beat writers had reported that there was going to be more of a split of carries that many expected, I just thought it would be Justin Jackson that would get the work. However, with Kelley impressing with 60 yards and a touchdown on his touches, he should hold onto that workload. I wouldn’t expect him to see too many receptions though, so he has limited value in PPR leagues.

I don’t know how to include emoji’s in articles. If I did, I’d say Adam Gase (shrug). With the news that Le’Veon Bell has a hamstring injury, Gore could be a great add if you lost a number of players, or in a deep league.

Anderson was a difficult player to evaluate this offseason. He is a deep threat, on a team that was going to trail in games due to their defense. However, Bridgewater hasn’t typically thrown downfield. Despite that, Anderson looks like he fits into what the team want to do on offense. He might not be the clear WR1 on the offense, but he is worth picking up.

I’m not ready quite yet to say that Pittman isn’t going to have a great rookie season this year. However, it seems that Philip Rivers may have found his new Keenan Allen- meaning fantastic PPR value.

Aaron Rodgers had been quoted saying that the receiver was improving, and we saw that in the opening game. Valdes-Scantling ended the game with 96 yards and a touchdown, which is a great start to the season. I wouldn’t slot him in my lineup just yet, but I’d want him on my bench this week rather than try to pick him up if he impresses against Detroit.

I thought all offseason that the WAS TE was going to be valuable, but I didn’t know how effective the offense was going to be. Honestly, I still don’t know if it will be good, but the team face Arizona next. With Thomas leading in targets for the team, I’d be happy streaming him for next week.

I wrote and spoke about Blake Jarwin having a breakout season. I grabbed him in TE premium leagues and thought I’d be set. However, he suffered an unfortunate non-contact injury and looks to be out for the season. He might only be part of the player that Jarwin is, but he could end up having value all season.

The Rams had a decent outing against Dallas. However, the thing that really stuck out to me was that Aaron Donald is still a beast. Philadelphia’s line doesn’t look to be that impressive, after Washington ripped it apart. I’m expecting a big game from Donald and the Rams defense.

The Packers were a start for me last week, as the team went up against an offensive line that wasn’t the greatest. However, they looked really effective against the Vikings, until they gave up at the end of the game. Detroit’s offense looked a bit shaky last week, which could give the Packers an opportunity for success.

Lambo has been a great kicker for Jacksonville. However, I’m expecting the Jaguars to have more stalled drives against Tennessee, meaning more field goal attempts.

I think that the Colts are likely to bounce back after their loss over Jacksonville. That, combined with the fact we just saw Mason Crosby have a great week over Minnesota, puts Blankenship in the add column for me.

So those are our waiver wire adds for Week 2. I’d certainly expect a number of them to end up in my start/ sit article later this week, and in my weekly rankings, which will be as soon as I take in the action tonight.