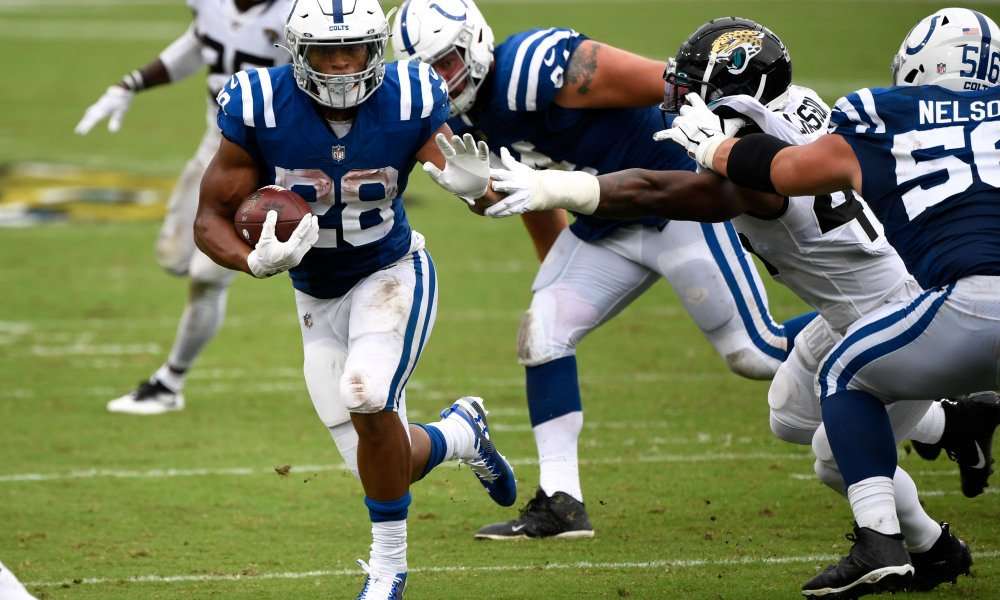 Week 1 was full of action, as we saw the league startup, so that leads us into Week 2 and some dynasty players to buy and sell. I’ve identified a few players with varying levels of value, so there is something for everyone.

The biggest injury news of the week was the injury to Marlon Mack. It is such a shame to see such a horrific injury to a guy in a contract year. It’s certainly not how you’d have hoped Jonathan Taylor would inherit the starting gig in Indianapolis. However, this now opens up your final window to buy Jonathan Taylor.

Jonathan Taylor now grabs hold of the Colts backfield running behind one of the best offensive lines in the league. A lot of people will be concerned about the week 1 breakout of Nyheim Hines. In week 1 Taylor saw 35% of the team’s offensive snaps to Hines 55%.

However, Taylor received a touch on 57.7% of those snaps equaling Hines’ 15 touches in the game. Perhaps the most surprising thing about Taylor’s usage in week 1 was his 6 targets in the passing game.

I was already all-in on Taylor both from a redraft and dynasty perspective. The Mack injury has just meant I am now willing to push all of my chips into the middle of the table even sooner. I value Taylor as a top 7 RB rest of the season and to be honest he could easily sneak into my top 5.

Austin Ekeler’s 2019 season was one of the most efficient we have ever seen from an RB in fantasy. There was always going to be some regression. However, after receiving 19 carries (a career-high) and only 1 target there seems to be quite a panic coming from Ekeler owners.

I also think the performance of Josh Kelley scared a few owners. Kelley looked fantastic and received the goal-line work. This panic was reinforced by Anthony Lynn coming out on Monday and confirming that with Tyrod Taylor’s mobility there would be fewer check down opportunities for Ekeler.

I agree with every sentiment of both Lynn’s statement and why people are panicking. Austin Ekeler is reliant on targets for high-end production. So why is he a buy low? Because I think you need to read between the lines of what Lynn said.

Yes, Ekeler is likely to see fewer check-downs than when he was with Phil Rivers. However, he is still going to see targets in the screen game, and designed routes to get him the ball in space.

The Chargers are too smart of a team to not utilize one of their best playmakers where he is great. To me, I was excited at the volume of carries he received in week 1. If you combine that volume of carries with an increase in target share Ekeler will again produce as a mid to late RB1.

The Ekeler owner could well be panicking. Go and see if you can buy cheap and reap the rewards.

This is an under the radar buy that no-one is talking about. In fact, he is available in the vast majority of redraft leagues for free. Le’Veon Bell is not a fit for the Jets and Gase’s Offence. I feel 100% confident saying this as a Jets fan who has spent more time than I’d like to admit watching Bell waste his prime for the Jets.

At his best, Bell created a new way of rushing the ball. Showing incredible patience in order to allow lanes to open and create space that wasn’t there. However, this approach is not what Gase wants and is not possible with the diabolical offensive line.

Gase has been praising Frank Gore all offseason because he is exactly what he wants in a running back. Gore will take the ball and get exactly what is blocked always falling forward. He won’t make any splash plays. Bell is now out at least 3 games with a hamstring injury. Enter La’Mical Perine.

He was drafted this year in the 4th round and could absolutely take advantage of the Bell injury to take ownership of the Jets backfield. If he does, I could very realistically see Bell being shopped around the league.

This buy comes with some risk but the price is likely to be pretty cheap!

Looking at the box score Devin Singletary had a decent game against the Jets, and received a decent workload particularly in the receiving game. He received exactly 50% of the RB rushes and 7 targets. However, watching the game I believe it is only a matter of time before Zach Moss takes over this backfield.

Moss looked the better back, and it’s very clear that the presence of Josh Allen will cap the TD potential for this backfield. The best-case scenario for Singletary is a back end RB2 and that is production you can find relatively easily. I’d personally much rather take a swing at a higher upside play. If you can spin a solid week 1 and those 7 targets into a decent return I’d act now!

Again looking at the box score Edelman had a solid performance. 7 targets, 5 receptions for 57 yards, and one rush for 23 yards. That was good for 13 points in PPR leagues, not spectacular but solid.

But the reason why Edelman is a sell for me is two-fold. One, it is very clear that this offense is going to revolve around Cam and his legs. Cam attempted fewer than 20 passes whilst rushing for 15 times. This could be an outlier and things could settle down to a higher passing share but I am concerned.

The second reason is the snap count numbers. Edelman averaged 87.5% of offensive snaps in 2019 with only 3 games below 88%. Sunday Edelman was on the field for 58% of the snaps. That was third-most amongst receivers behind N’Keal Harry and Damiere Byrd. Yes, Edelman led the Patriots in targets with 7, but I like to try and spot trends coming before they’re obvious. Edelman being slowly phased out of the Pats offense as it begins to transition into a new phase is coming.

So that’s it for the week 2 edition of dynasty buy and sell. Remember, you can find all of our dynasty articles here, and all of our work is posted across our social media channels. We are on Twitter, Facebook, or Instagram. 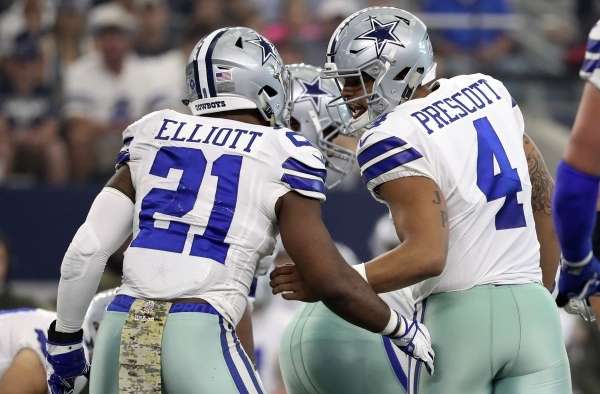 Hopefully you guys are improving your bankrolls and enjoying the season so far. When I was looking through DraftKings… 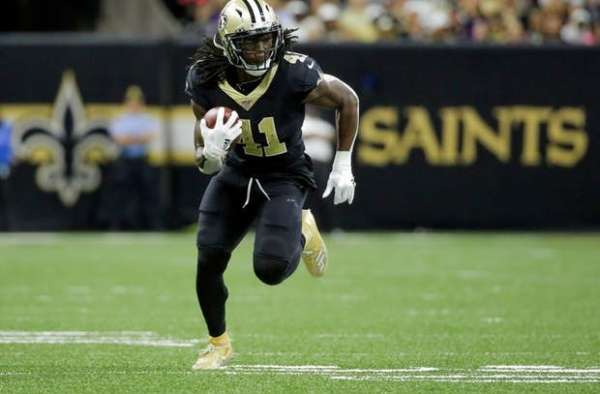 Another week of action in the books means one thing- time for our DraftKings selections for Week 12! Selections…