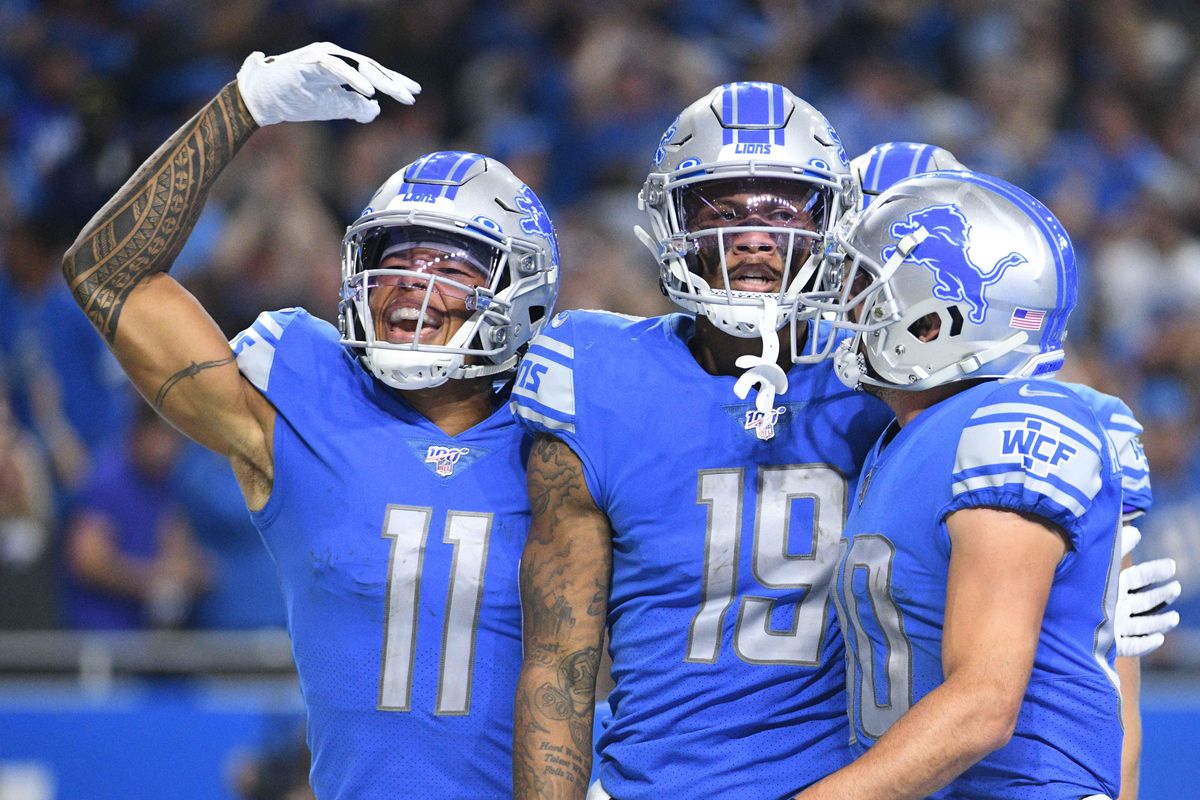 Week Two has brought several injuries, so we took a look at the injury reports, and outline what that means for others. Obviously player injuries can really affect players rankings, so check in on ours regularly!

The biggest injury headline of the week is easily Michael Thomas. After he suffered a high ankle sprain against the Tampa Bay Buccaneers in week one. Already carrying a “doubtful” tag for this weekends match up, it is expected that Thomas will not only miss this weeks game at the Las Vegas Raiders, but he may miss several weeks.

The Saints are yet to put Thomas on IR. So there is still clearly hope that he can make a quick recovery. If he does drop onto IR her will miss at least 3 weeks.

NOTE: To make things even more confusing on this injury, there have actually been reports he could actually play this week.

Look for Tre’Quan Smith to get his opportunity to make an impression. The third-year receiver might be worth a start just yet, but he is worth monitoring.

Golladay has been ruled out with a hamstring injury for the second week in a row.

I won’t name Marvin Jones here as he will continue to see his regular target share, with 8 targets in week one in the absence of Kenny G. Receivers Amendola and rookie Qunitez Chephus will potentially see another fair share of targets, after Amendola seen 7 targets and Chephus who played a similar role to that of Golladay seen 10 targets, however only hauled in 3 of them.  Look for tight end T.J Hockenson to see an increase in targets, particularly in the redzone.

Chris Godwin has found himself in the concussion protocol and has not featured in practice this week. Not a good sign for the Buccaneers match up this week against the Carolina Panthers.

Mike Evans already imposes a big threat with Godwin in the team. Expect him to bounce back from his poor week one performance which was hampered by his own (hamstring) injury.

Scott Miller has created an instant bond with quarterback Tom Brady seeing 6 targets in week one. If Godwin is out, Miller will make a nice WR3/Flex play in your line up.

After a limited practice on Wednesday, AJ Brown was held out on Thursday with a knee injury he picked up on Monday Night Football against the Denver Broncos. The injury was worse than first thought, and Brown has now been ruled out.

Tight end Jonnu Smith and wide receiver Corey Davis are the immediate beneficiaries here While Brown is out. Smith is already a favoured target of quarterback Ryan Tannehill, seeing 7 targets in week one. Davis has many doubters but he himself had a great week one, logging 7 receptions for 101 yards. Also, expect receiver Adam Humphries to continue to see a generous workload playing in the slot.

The tight end took a hit during the 49ers season opener against the Arizona Cardinals in week one which as left Kittle with a sprained knee. Kittle has now been ruled out of the contest on Sunday, meaning increased opportunity for others.

Aiyuk is likely to come into the fold and make his debut. Expect Aiyuk to be used early and often as one of the teams primary targets with the likes of Deebo Samuel on IR and others injured. Tight end Jordan Reed could also see his target volume take a slight jump and is useful in the red zone. Raheem Mostert, who in week one had 4 receptions for 95 yards and a touchdown, will also continue to be used in the passing game.

Others players trending down;

After missing his week one matchup against the Washington Football Team, Sanders has participated in full practice this week. With a week two match up against the LA Rams ahead, Sanders faces a tough defensive line that includes Aaron Donald. The Eagles may break Sanders in slowly for his return and he may see a limited amount of touches.

While Sanders looks set to play, if he was to see any further setback, it is hard to justify playing any other running backs this week. However if you are playing in a deep rostered league or are simply struggling for options, Scott would see a greater share than Clement.

After missing the Broncos week one match up against the Titans with a shoulder injury, Sutton has returned to practice this week. Participating all week to date, making the right moves towards playing against the Pittsburgh Steelers.

He still carries a questionable tag going into the weekend and is still worth monitoring. In the event of any setbacks however, the Broncos will be eager to have him feature on Sunday.

If Sutton did experience any setbacks, I would only look towards tight end Noah Fant or rookie receiver Jerry Jeudy to feature in any fantasy-relevant capacity. Fant will hope to continue his solid start to the season after logging 5 receptions and a touchdown in week one. While Jerry Jeudy will want to build on the 8 targets he had.

James Conner left Monday nights game against the New York Giants with an ankle injury after logging just 6 carries. He was immediately deemed to miss some game time going forward adding to his poor injury history. After missing practice on Wednesday, Conner was a full participant on Thursday. It is now hopeful to be all system go come Sunday’s matchup against the Denver Broncos.

While it does seem Conner will feature this weekend, I feel even if he is a full go, Benny Snell has earned his opportunity to feature alongside Conner. Snell, who was a big hit on the waiver wire this week, tallied 19 carries for 113 yards in week one.

Other players trending up;

That wraps up my injury report for week two. If there are any other players you are unsure about and have concerns for your fantasy roster, reach out. You can find us on Twitter, Facebook, and Instagram.