The Dirty Dozen: 12 Players That Will Let You Down In Week 2 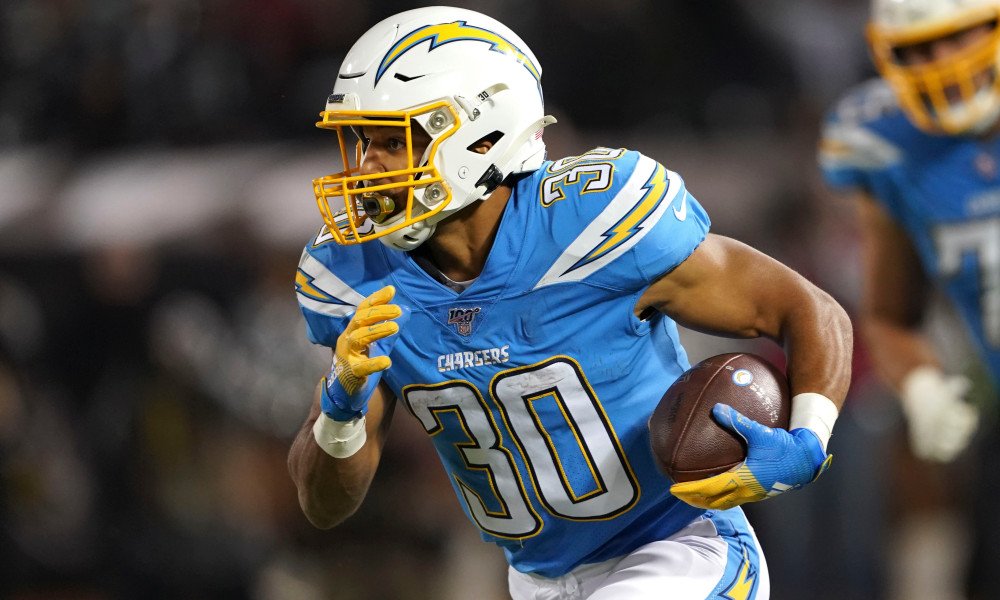 Each week there are players that you feel are going to be great, or you feel you have to play them because of where you drafted them, but don’t pan out- I give you the Dirty Dozen for Week 2.

What is the Dirty Dozen?

The Dirty Dozen are player that we have expectations for, but one’s that might not work out- this is the Week 2 edition. Each week, I’m going to try and look at players that have question marks around them that are highly owned. We always think we know who will produce as a top 12 running back, tight end or wide receiver every week.

Here are 12 players who are owned in over 90% of Yahoo leagues and while they may end up as a decent play, they won’t produce to the level people are expecting.

Any running back going up against the juggernaut that is the Kansas City Chiefs is one I will be hesitant to start, due to the fact they will be playing from behind most of the game. That is where Austin comes into play. Yes, he will get yards and MAYBE even a touchdown, but I am ranking him as RB 15 this week and should be seen as an RB 2/Flex play.

If Drew Brees couldn’t even muster 200 yards against this defense, I highly doubt Teddy Bridgewater will fair any better. He might get you a touchdown but yardage wise, I am not seeing any chance of him going over 75. To me, his floor is WR 3 and ceiling is WR 2. I have him ranked as WR 30 this week.

The odds of him reproducing his week 1 performance are slim to none. Add in the fact that Carlos Hyde out rushed him, makes me nervous we are looking at running back by committee, and we should temper our expectations with Carson. He is an RB 2 in this matchup and a solid flex play.

This is a tough matchup for Sanders, given that he faces a defensive line that is an effective unit, and is being protected by an offensive line that isn’t. Also, lest we forget, Miles is coming off a week where he didn’t play and he has zero real game experience this year, I would be hesitant to put him out as your RB 1. I have him ranked as my RB 14 this week.

Don’t start him unless you have to. Yes, he made it off the final injury list but I don’t trust him to stay healthy. I need him to play a full game before I trust him as my RB 1. Add in the fact that Benny Snell played very well, his snaps will probably be limited. I have him as my RB 20 this week. Consider it a prove me wrong ranking and not a talent ranking.

After watching what that Steeler defense did to Saquon Barkley, I don’t think anybody is shocked to see this guy make the list. Only reason why he might produce as a top 12 running back would be due to Phillip Lindsay being out for this game. If you don’t have any better options to run out as a running back, do it, just don’t expect much. I have him as RB 23 this week.

I’m going to keep this one easy as to why I don’t trust DK to make plays this week. One name. Stephen Gilmore. Gilmore is THE shutdown corner in the NFL. Enough said. I have DK as my WR 20 this week.

This is the JK Dobbins effect. After seeing what JK did last week, it is safe to say we will see more of him. It’s a shame considering the fact Ingram is an amazing running back with plenty left in the tank and didn’t deserve to have a running back drafted by Baltimore. But this is the NFL and it’s a business, not a charity. I have Ingram as my RB 24, barely making the cut for RB 2 territory.

I made the mistake of trading for Stefon in my dynasty league thinking that he would thrive in the Josh Allen led offense. Maybe I will be wrong and he destroys the depleted Miami secondary. But if Buffalo doesn’t run for 200 yards this game, I will be shocked. Miami has the WORST run defense and Singletary, Moss and Allen should have a field day. Stefon is my WR 35 this week.

This is Malcolm Browns backfield to lose. Yes, Cam was the draft pick expected to come in and win the job, but he is only valuable between the 20 yard lines. He will have to work at getting trusted inside the red zone before he takes over as a true RB 1. Until then, don’t start Cam anywhere. He is my RB 33.

Why he is even rostered is beyond me. He is only a threat in the red zone and even then, he isn’t even the top target for Tom Brady. Don’t start him. Drop him for Sample from Cincinnati. Burrow LOVES him some tight ends and Gronk isn’t even in my rankings for TE2 plays. Just don’t.

Last and the least. Yes, I know that New York just got torched by the Steelers run game. But that Steelers offensive line is on a whole other level than Chicago. I am not expecting anything from him outside of 55 yards and MAYBE a touchdown. He is NOT a RB 1 or RB 2. I have him ranked as RB 28 this week. Don’t trust him or any Chicago player not named Allen Robinson.

That wraps up the dirty dozen for week 2. Get ready for the action this weekend with our rankings. Remember, you can also reach out to us on social media with any questions. You can find us on Twitter, Facebook, and Instagram.