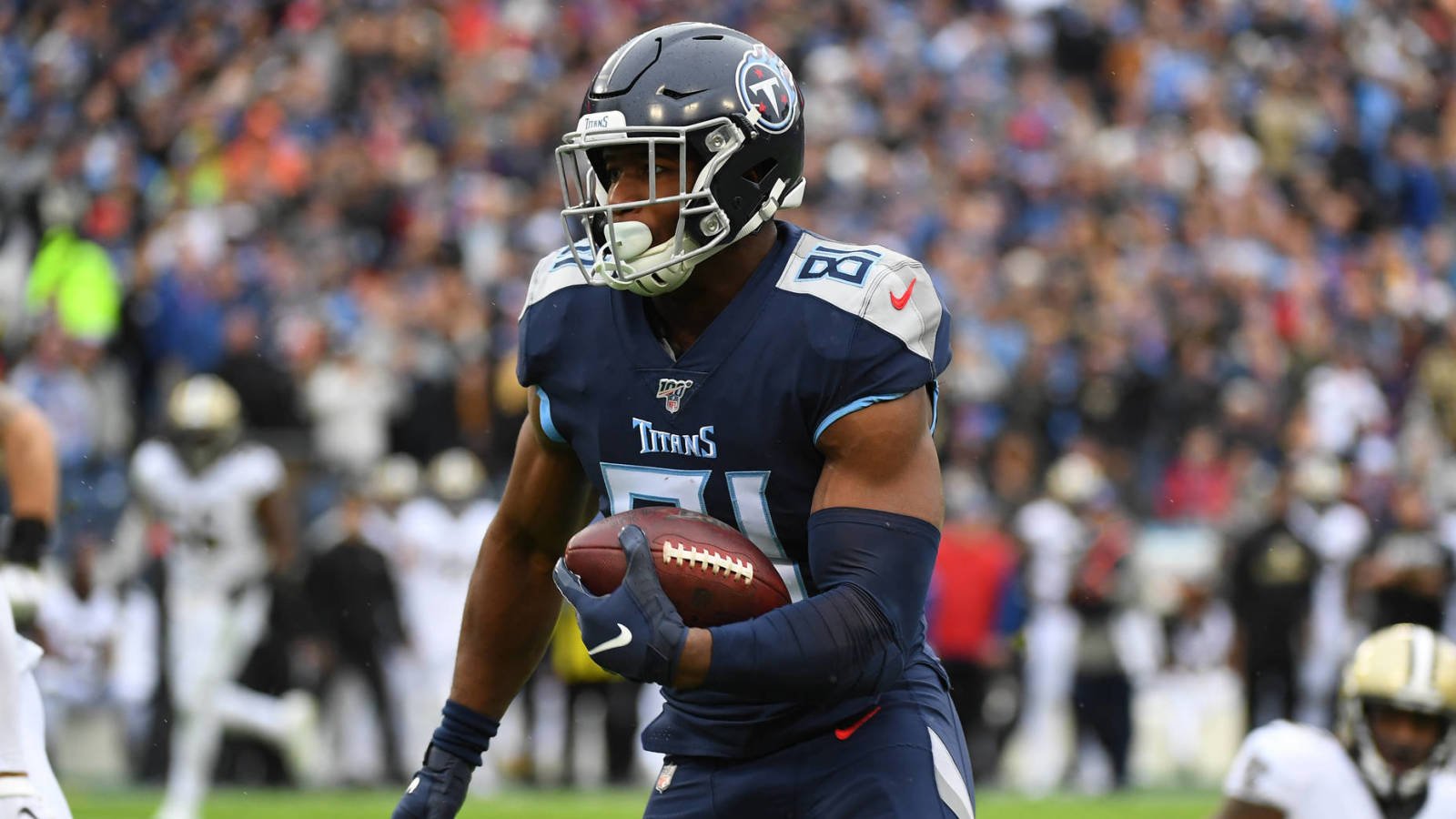 Hopefully, you found success with our picks last week and are back for week 3 of our Start ‘Em Sit ‘Em series for 2020. Week 2 was a mixed bag. I said Ronald Jones, but did caveat it with saying the Tampa RB. Meanwhile, Carson performed well out of the backfield, so mixed success after a good Week 1.

Our Week 3 Start ‘Em and Sit ‘Em selections for 2020 are chosen deliberately for players that I’ve seen people questioning. Slam dunk starts and sits aren’t going to be included.. You should always be starting those guys.

Ok, I’ll admit that I may have underestimated Tannehill. I thought last season he was going to be a solid backup and not much more. However, when he was given the starting job he ran with it. The Titans have been a run-first offense, but seem to have made a change in that this year giving Tannehill the reigns of the offense. With a matchup against the Vikings, who have struggled this season against QBs, this feels like a great opportunity.

Burrow might be a rookie, but he has looked far from it. Joe Mixon might not be living up to expectations this season, but Burrow seems to be getting the most out of the weapons surrounding him. Against the Eagles, who have been far from impressive, Burrow should get his first win in the NFL as part of a great fantasy performance.

On paper, this might not be a great matchup for Gordon. But, let’s remember that he is at this point one of the few veterans on the offense. Drew Lock, Phillip Lindsay and Courtland Sutton are all out, so the offense is going to need to run through him. Tampa Bay were a solid unit last season, but they have shown they can be broken down recently.

Last week, Montgomery looked fantastic on the field. Catching the ball as well as being given multiple touches out of the backfield. This matchup is another one that Montgomery can excel in, with the Falcons giving up a decent chunk of points to the position this season.

I said everywhere I could (podcasts and my rankings) that Metcalf was going to have a great season this year, and he hasn’t disappointed. Metcalf has been great, and now has a great matchup against Dallas, who have given up an average of 28.8 points to the position so far this season.

Equally for Lamb, the Seahawks aren’t a great secondary- giving up the most points to the position. Lamb has really hit the ground running since entering the league, and I expect him to have a great game in what should end up being another offense led game.

Minnesota have been a strong unit against the TE position so far this season, but they’ve not yet been tested in the way Smith is going to test them. Smith has become the go-to target for QB Ryan Tannehill, especially in the redzone. I’d be happy to continue to roll Smith in my lineup.

Thomas had a great Week 1, but then struggled against Arizona last week in what should’ve been a great matchup. However, luckily the Browns give Thomas a great opportunity to get back to this early season ways. Cleveland are one of the worst units at defending the position, and Thomas should continue seeing targets in the offense.

Koo is now in my starts for the third week in a row. It seems as though as bad as I expected the Falcons defense to be, it is actually worse. That means lot of scoring for the offense, and that’s exactly what I’m looking for in a kicker.

Boswell has been quiet this season, mainly due to the ability of the offense to convert TDs rather than have to settle for FGs. However, despite Houston have found some success in frustrating teams once they are in FG range, which could give Boswell a boost in scoring this week.

The Chargers performed well against Kansas City last week, which are one of the most potent offenses in the league. This week, they face the Carolina Panthers who are really not anywhere near that level of ability. With the team now without Christian McCaffrey, this feels like an easy start for the Chargers.

The Titans defense is no joke, but it isn’t world beating. However, the Vikings offensive line is far from average. Cousins may have only been sacked 5 times this season, but that could be far more if it wasn’t for Cousins passing it out so quickly. The Vikings have done some things in garbage time, but the Titans are a great option this week.

I don’t think we need to delve too much into the reasons why you should sit Wentz. Infact, you probably even knew you had to. The Eagles are a team that just look like they are going to struggle this season. Time to move on.

The Brady experiment needs more time. I’m not saying that Brady won’t be successful, I just think that he is going to end up being a great real-life QB and not great for fantasy. Brady is currently 21st in QB scoring this season, and Denver have only given up an average of 18.8 points per game to the position. I’d look elsewhere for a starter this week.

This is the second week that I mentioned in my quick piece on David Johnson would be a struggle. This Steelers defense is no joke, and I’m not holding out too much hope that Johnson has a good week. Let’s hope he is more effective next week.

Gurley’s knee hasn’t looked like too much of an issue this season, which is fantastic. However, he has also only managed to score one TD this season. Add that to the fact he has only had 5 targets so far this season (one more than Brian Hill!?) he isn’t the large cog in the offense that was hoped. A matchup against Chicago isn’t what he needs to get back on track.

Another Texans player in the sits, as I said this Steelers defense is truly great. Fuller was held against the Ravens, and I can’t see too much changing against the Steelers this week. If you own him, you have to hope that he doesn’t get injured in this game, as the matchups get easier from next week.

Brown has had a decent start to the season, but if ever there was a matchup where that is likely to come crashing down to earth it’s this one. The Kansas City Chiefs have allowed just 17.8 points on average to the position. This isn’t a game to target.

I’m willing to give the Tom Brady experiment some more time, but I’m not willing to do the same with Gronkowski. There is only one player on PFR that has fewer targets for the team- Tom Brady. O.J. Howard has more than double the number of targets than Gronk. Until he does something, assume he is a sit.

Herndon for me feels like the England soccer (football) team during the early 2000’s. I feel like they are going to deliver, but they constantly fail to deliver. The New York Jets offense is, and I’m kind, not the greatest in the league. The Colts are a strong unit against TE’s, so avoid him this week- even if Crowder misses another game.

Another position, another Texan sit. There are going to be better options at kicker this week.

The Panthers offense wasn’t overly potent before Christian McCaffrey was injured. With their best weapon out of the lineup I can’t see it getting better. The Chargers defense are likely going to dominate this contest- so I’d stay clear.

The Ravens are one of the best NFL defenses, so you might not think that benching them is a good idea. However, with a matchup against Kansas City, they might struggle for fantasy points. The main issue for me is the ability of the team to pressurize the QB- and the Chiefs have only allowed two sacks this year. If you have the ability to start another DST just for this week, I would.

Rodgers is back,! Maybe not to his peak abilities, but he is currently leading the highest scoring offense in the league. With the offensive line keeping their QB upright too, the Packers might become an offense to avoid each week.

So that’s it for our 2020 Week 3 version of Start ‘Em Sit ‘Em. Remember, you can always reach out to us for help in setting your lineup. Check out our weekly rankings page, or reach out to us on any of our social media channels. You can find us on Twitter, Facebook, and Instagram. Remember, if you want something more specific to your league- reach out!