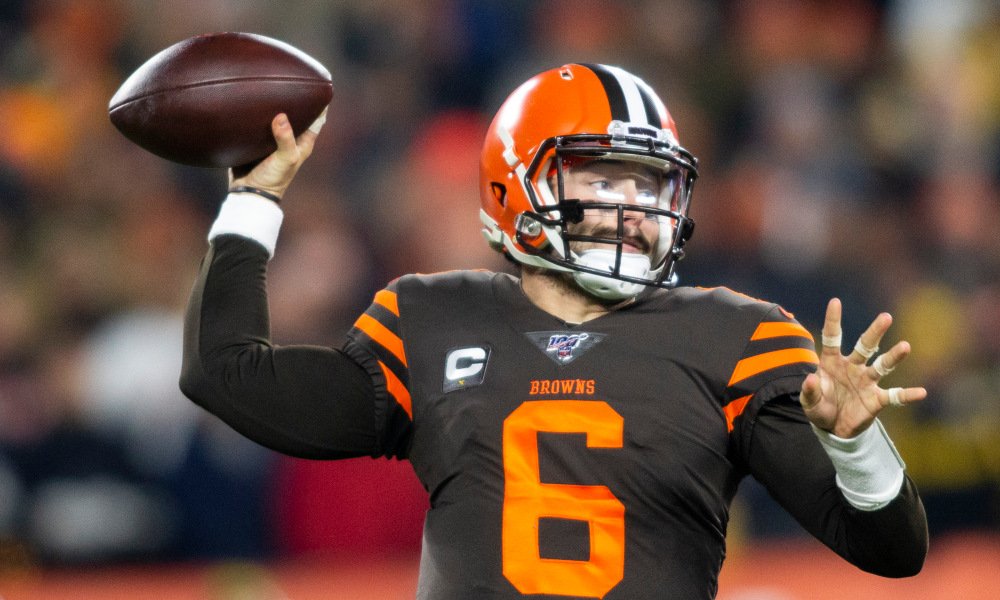 Another NFL week gone, and another fresh crop of injuries to frustrate us fantasy managers. Don’t worry though, this list has all the Week 4 Streamers that you’ll need to get your lineup back in the win column.

As always, I will try and look past most obvious waiver candidates, targeting Week 4 Streamers that are available in less than 40 percent of all ESPN leagues based on their matchups and upside potential in a PPR format.

If your quarterback has the wrong Week 4 matchup, or you have a player like Ryan Tannehill and are worried about team Covid cancellations, these two QB’s are the perfect guys to target in free agency. P.S. also like Jared Goff this week against NYG, but he’s already rostered in 45.7 percent of leagues.

Before the season, I predicted that we would see a bounce-back from Baker this year, mainly because of the wealth of weapons he has to throw to and the beefed up offensive line in front of him. The only problem with drafting him was that his first game was against a really challenging opposing defense in Baltimore. Since Week 1, Mayfield has been better against Cincinnati and Washington, but still not good enough to warrant a guaranteed roster spot in most leagues. Week 4 may finally be the week to take a chance on the Browns QB. He’s playing against a Dallas defense that has allowed the third most fantasy points for quarterbacks, and this game has the makings of an offensive shootout.

If you read my Week 3 Streamers article, you might remember that I labeled Fitz as a fantasy streamer just seven days ago. The veteran gunslinger rewarded me with his second straight 20-plus performance. Now Fitzpatrick is up against a Seattle secondary that quite frankly has not been very impressive this season, and I’m DOUBLING DOWN. The stats even back that the Legion of Boom is a thing of the past, as the Seahawks have allowed the second most fantasy points to quarterbacks. Fitz plays like a man with nothing to lose, which sometimes yields interceptions, but when he’s on his game it yields major fantasy points.

Not my favorite position to stream this week, but here’s one definite waiver target as well as one deep PPR possibility.

The word is that Chris Carson will need at least one or two weeks of recovery time after his knee was injured on a late hit by a Cowboys’ tackler. That puts Carlos Hyde in a money position for Week 4 against the Dolphins. Miami isn’t particularly great against the run, and starting RB’s in Russell Wilson’s system generally average 15-20 points per game. Seahawks’ rookie DeeJay Dallas could also be a sneaky stream in deeper leagues.

This is a deep streamer option. I didn’t love the matchups for other running backs that were available in less than 40 percent of ESPN leagues, but I do see upside with Kalen Ballage in PPR leagues. The Jets have very few healthy offensive weapons heading into their matchup with Denver, so Coach Adam Gase has been using Ballage as the primary pass-catching back in the unit. Even more so, he’s had Sam Darnold hit Ballage on a few designed screens and passing routes. In total, Ballage caught all five targets for 44 yards receiving against the Colts. Facing a tough Broncos run defense, Ballage may end up being the Jets back that you want on Thursday Night.

Because the Covid situation between Minnesota and Tennessee affects a couple of my candidates, I’ll give a few extra for the WR position.

This one is relatively obvious so I’ll keep it brief. We were all waiting for Justin Jefferson to finally go off as he takes over a Stefon Diggs-type workload and he did just that in Week 3. Nine targets, seven catches, 175 yards, TD. Don’t expect this every week, but if Jefferson is available in your league you should probably snatch him up (just monitor the Covid situation between the Vikings and Titans if you need someone for this weekend).

Another Week 4 Covid risk (by association). The Texans are facing the Vikings, so if there was some sort of postponement or cancellation, Randall Cobb could be affected by it in theory. Either way, Cobb is starting to develop a rapport with Deshaun Watson (nine receptions on 10 targets Weeks 2-3). The Houston QB needs a new go-to-guy, and Cobb could become that if he keeps up his recent run of play.

Another breakout performance by a rookie in Week 3. The promising thing about Tee Higgins isn’t actually his two touchdown, five catch performance though. It’s the fact that he surpassed John Ross III on the Bengals depth chart as the WR3. Ross was a healthy scratch in Week 3.

I love Greg Ward Jr.’s PPR potential not only in Week 4, but for the foreseeable future. Rookie Jalen Reagor is most likely going to miss four or five games, even though they haven’t officially announced it yet. Tight end Dallas Goedert also hit IR this weekend. Just like last season (when the slot receiver Ward became Carson Wentz’s favorite target), the Eagles are running out of offensive weapons. They have even less available wide receivers that play the slot, with Ward as pretty much the only option remaining. He caught eight passes on 11 targets in Week 3.

I gave Berrios a shoutout last week, but now I’ll give him his own blurb. With very few options left in New York, the scrappy receiver has become Darnold’s favorite player to find during his improvised scrambles. Maybe it’s because Berrios is the only one coming back towards his QB, but he has now had 10 receptions and two touchdowns in two weeks. In the Jets’ 2020 offensive system, that’s incredible production!

There are a lot of similar streamers options as last week for TE. Dalton Schultz against Cleveland, Mo Allie-Cox and his growing bond with Philip Rivers in Indy, Drew Sample against Jacksonville, or even the underperforming Chris Herndon finally breaking through against Denver. Those options all might work in Week 4, but I’m going to recommend a few different players this time.

The Tennessee Titans gave up solid performances to Noah Fant and Tyler Eifert. Eric Ebron is a more dynamic playmaker than both, and his chemistry with Ben Roethlisberger has gradually improved over the first three weeks. Expect that to continue against the Titans.

Aaron Rodgers has been spreading the ball around, but even so, Robert Tonyan has now clearly emerged as the top receiving threat at tight end over both Mercedes Lewis and Jace Sternberger. Tonyan has had back-to-back double-digit fantasy performances, and faces an Atlanta Falcons team that is ranked 31st against the tight end position.

Tom Brady tends to favor tight ends, and with wide receivers Chris Godwin, Justin Watson and Scott Miller all banged up, it may be time for both Howard and Gronk to shine. Gronkowski will still garner the tougher coverage, which makes O.J.’s outlook even more positive.

Really not much to choose from in the team defense department right now, so I recommend looking ahead in the schedule and stashing a D/ST for a week if you have the extra bench space to do so. You’ll avoid spending a waiver and have a better shot at the matchup you really want.

I actually picked up the Rams defense in one league last week and stashed them on my bench, for the sole purpose of playing them in Week 4. Aaron Donald is going to terrorize Giants’ quarterback Daniel Jones. NYG has struggled to block on both passing and rushing downs all season, and don’t expect that to change as they travel across country to face the most disruptive pass rusher in the game. Jones is also a turnover machine, and this Giants offense has been a general mess. Rams D is a can’t miss Week 4 stream.

This one I leave up to you. Both defenses should do well against two of the worst/most injured offenses in the NFL right now, but depending on which team you trust more to screw up with the football, go and sign the other D/ST. It’s fair to mention that Denver is starting Brett Rypien at QB, an undrafted free agent in 2019, while the Jets are forced to use backups and third stringers at almost every skill position.

Joey Slye has a big leg, and Bridgewater has proven competent enough to get this Carolina offense into field goal position most drives. The Arizona defense is nothing special, so that should continue this week. Slye is nine for nine on field goals this season, but has missed two extra points.

Austin Seibert’s replacement, Cody Parkey, has taken over the kicker role on a very productive Cleveland offense. He has yet to miss a kick in two games, and the Browns-Cowboys tilt could be high-scoring.

That’s it for our fantasy streamers for week 3 come back next week for more! Remember, you can always reach out to us on social media with any questions we are on Twitter, Facebook, or Instagram. And don’t forget to check out our weekly rankings!